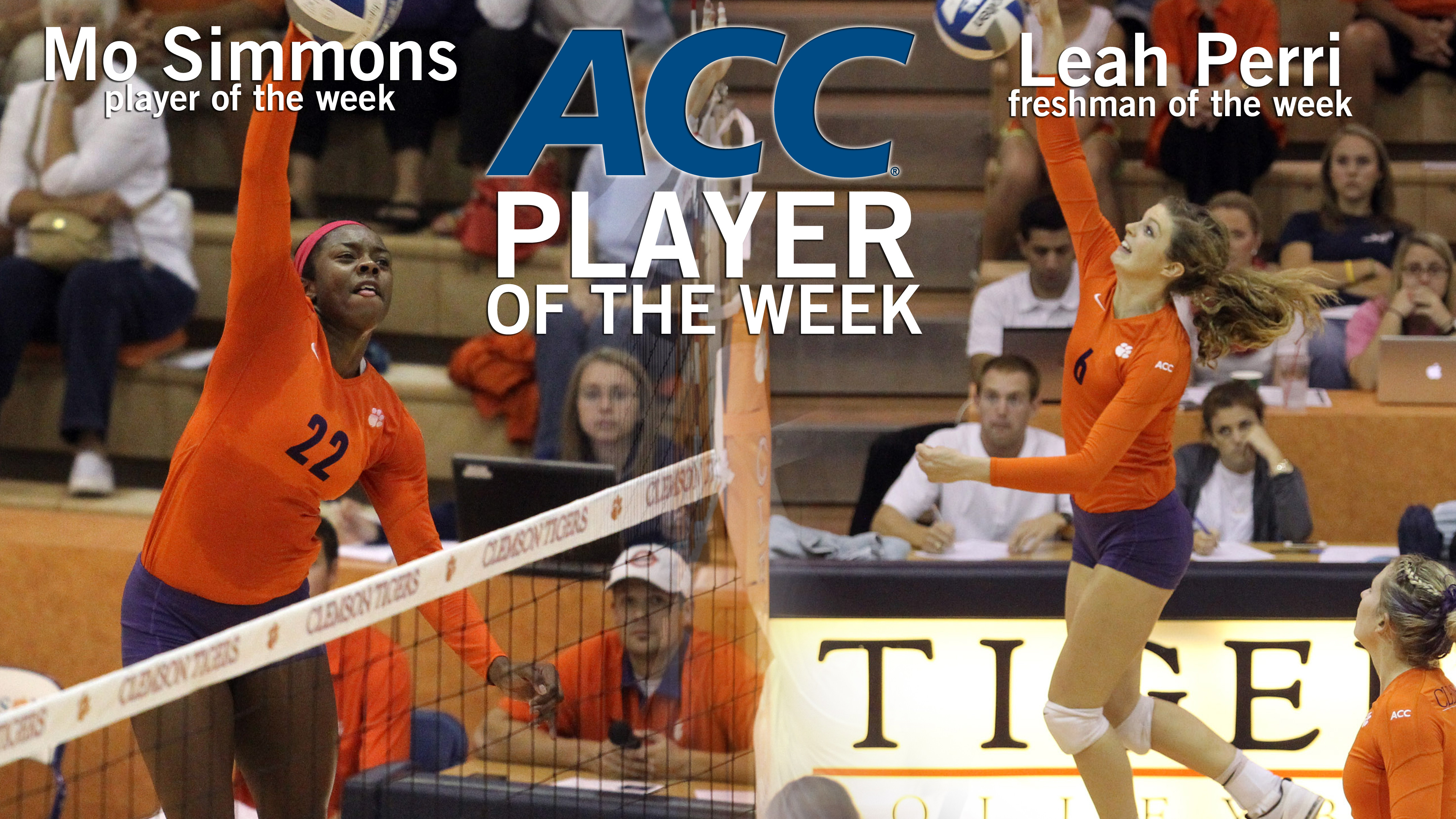 GREENSBORO, NC – Senior outside hitter Mo Simmons was named the ACC Player of the Week, and freshman right side hitter Leah Perri was named the ACC Freshman of the Week on Monday by the league office. The honors are the first for both players, who led the Tigers to 3-0 sweeps over Georgia Tech and Notre Dame for the week of Oct. 7-13.  Simmons leads the ACC and is ninth nationally at 4.63 kills per set on the season, while Perri is second on the Tigers with a 2.27 kills per set average and leads the team with a .301 hitting percentage. Setter Hannah Brenner was named the ACC Player of the Week for the week of Sept. 1-8. This is the first time Clemson has swept the weekly honors since Nov. 20, 2011, when Serenat Yaz was named the Player of the Week, and Kristin Faust was named Freshman of the Week.  Simmons averaged a gaudy 6.33 kills, 6.67 points, 4.5 digs per set, and hit .465 as Clemson went 2-0 this week with a pair of 3-0 wins over Notre Dame and Georgia Tech. She notched her fifth and sixth consecutive double-doubles of the season. Simmons’ 24 kills in three sets against the Fighting Irish were the most by an ACC student-athlete in a three-set match since 2007, when Miami’s Genny Mayhew recorded 25 kills in 3-0 win over Wake Forest.   Perri had 20 kills and no errors, hitting .690 on the right side for the Tigers. The freshman had a career-high-tying 14 kills and zero errors in 21 swings in the match against Notre Dame, and also added four blocks on the week. On the season, Perri is second on the team with 152 kills, 2.27 kills per set, and 46 total blocks, and leads the Tigers with a .301 hitting percentage. Clemson is back in action this week, taking on Wake Forest at 6:00 pm on Friday and Duke at 1:00 pm on Sunday in the Dig Pink match.