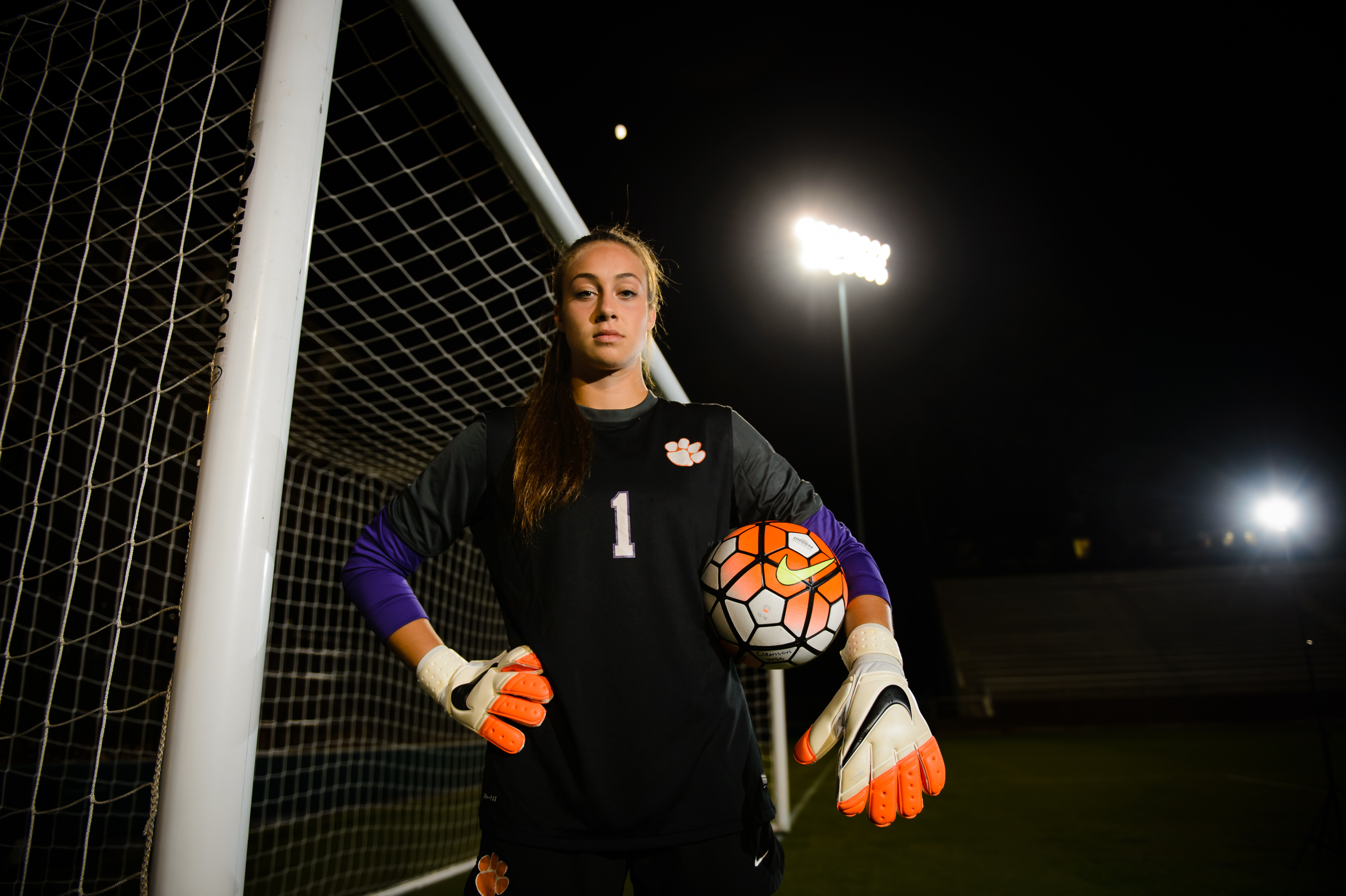 All-American goalkeeper Kailen Sheridan committed to play soccer at Clemson University because she knew she would be able to accomplish all her goals while playing for head coach Eddie Radwanski and his staff.Her main goal was to help rebuild the program back into the national power it once was. In her first three seasons at Clemson, the Tigers are 30-15-9 with Sheridan in the starting lineup. In 2015, she led the Tigers to a 14-4-2 record, the program’s best record and highest final ranking (13th) in the NSCAA poll since 2001.“Rebuilding the program was a big goal for me,” Sheridan admitted. “The coaches had confidence in us and the other players coming in that we could make a difference. I wanted to do something no one else had done.”Sheridan, a native of Whitby, Ontario, has been playing in the Canadian National Team system since she was 15 years old and played on the U-17 team before her freshman year at Clemson. Throughout the recruiting process, she made it clear to the Clemson coaching staff that in addition to wanting to help rebuild the program, another goal of hers was to compete for her country at the highest level.“When I committed here, the coaches laid out a plan for me and they knew playing for my country was a main goal of mine during college and after. They saw what I wanted and they wanted to help me get there.”Following an impressive junior campaign, Sheridan anxiously awaited a call from the Canadian National Team as to whether she would be included on the roster for the Algarve Cup in March. The tournament played in Portugal is one of the most prestigious women’s soccer events in the world.“I actually got a call when I was in class from a number in British Columbia where the Team Canada headquarters are located and I thought, ‘I have to answer this phone call.’ I got the initial call on Monday and then I got another call on Thursday saying they wanted me to come join the team.”And just like that Sheridan was off to Portugal to compete on behalf of her country against some of best soccer players in the world. At 20 years old, she started in goal for Team Canada on March 7, earning her first international cap and posting a shutout en route to a 1-0 victory.“Walking out for my first start, my heart was beating really fast,” she said. “Standing there with my team, half of them were my friends and the other half were players I’ve looked up to my entire life. But, as soon as the game started, I was ready to go.”Canada went on to win the Algarve Cup for the first time ever, defeating Brazil 2-1 on March 9. Going forward, Sheridan will continue to compete with Team Canada and try to earn a spot on the 2019 World Cup and 2020 Olympic teams. However, right now, her main focus is on her last season as a Tiger.“I learned so much from that two weeks in Portugal that I will take with me into next season,” Sheridan said. “We could win the ACC this year and make it very far in the College Cup. We’re going be pretty darn good.”