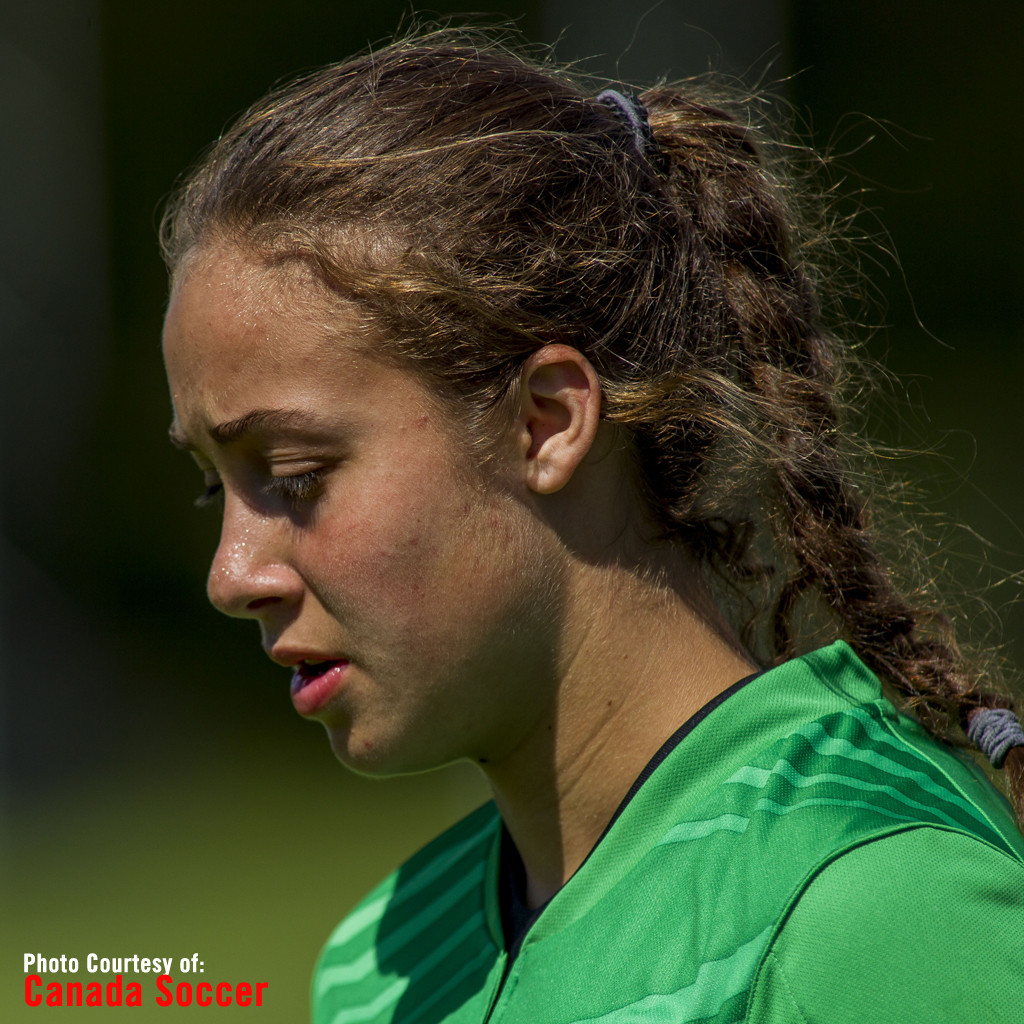 Sheridan at U-20 Women’s World Cup

Follow Kailen Sheridan’s journey through the 2014 FIFA U-20 Women’s World Cup, which will be played in Canada beginning August 5. Sheridan, a rising sophomore and Third Team All-ACC goalkeeper for the Tigers, is a member of Canada’s U-20 Women’s National Team. Check this page throughout the summer for updates on Sheridan’s World Cup experience.

Aug. 5, 2014GAMEDAY is finally here! Kailen and Team Canada open the 2014 FIFA U-20 Women’s World Cup tonight vs. Ghana at BMO Field in Toronto. The game begins at 8 p.m. ET and fans can watch online via one of the following networks:

Ready to take on our journey against the world tomorrow! Wouldn’t want any other group of girls by my… http://t.co/WXyQfeW8Dz

July 25, 2014Kailen and Team Canada are in the midst of a well-deserved week off following a whirlwind trip to Mexico City for two friendlies against Mexico’s U-20 Women’s National Team. Here’s an interview with Kailen following her clean sheet in the 0-0 draw between the two teams on July 18:

The team and staff will reconvene in Ontario on July 29 for a few final days of training before their first World Cup match on Aug. 5.

Below are photos of Kailen taken after the team’s official roster announcement last week:

July 17, 2014Kailen was officially named to Canada’s roster for the 2014 FIFA Women’s U-20 Women’s World Cup on Tuesday, July 16, as Canada Soccer held an event in Toronto to announce the roster and introduce the team to the media. Below are details/coverage of the announcement:

Up next for Team Canada is a trip to Mexico for two friendlies, which will be the team’s final two matches before opening World Cup group play vs. Ghana on Tuesday, Aug. 5 in Toronto.

July 2, 2014After four and a half days of training in Vancouver, Kailen and her Canadian U-20 teammates earned a little time away from the field on Monday and Tuesday, which included a day off on July 1 to celebrate Canada Day. Below are some thoughts and photos from Kailen:

“It’s been a good two days. Monday we had fitness work in the morning. It was tough but the team pushed through. Then we went to Granville Island for the afternoon. We had two hours to get something to eat and walk around, then we got back together for a surprise team activity.

“We ended up going down to the waterfront to race dragon boats with the Canadian national dragon boat coach. We split up into two teams and raced around the inlet. We were very competitive – with half the team and half the coaches in one boat and half in another – there was a lot of trash talk. We were all a little sore after that, but we went out for dinner as a team, and then came back to the facilities.

“July 1st was Canada Day! We all got the day off, some of us took the sky train into downtown Vancouver where we did some shopping and walked around, then watched a bit of World Cup before heading back. We had dinner then went to a city concert/celebration where we hung out, danced and watched fireworks.”

June 28, 2014An update from Kailen through the first three days of camp:

“We have been training for three days straight so far, twice a day with integrated strength and conditioning sessions. The weather is constantly humid, on both the sunny and rainy days, which makes it even more difficult.

“I’m enjoying the amount of training and the intensity. We had an hour and a half goalkeeper session yesterday where the senior team goalkeeper coach came out and worked with us, along with our coach, so we had a very high quality session with two great coaches training the three of us. We were able to get a lot of work in with the great coach to player ratio.

“As we train hard on the field we also have been working off the field. We have a very connected group and it is only getting stronger. We haven’t had much time off so far in the camp but in the couple hours we get between practice, meals, film and meetings we have been watching every World Cup game.”

June 25, 2014Sheridan and her Canadian U-20 teammates arrived in Vancouver on Tuesday evening and begin training today in their final camp prior to the FIFA U-20 World Cup. The team is in camp for two weeks, followed by a few days off prior to a trip to Mexico for two friendlies, which will be a final tune-up before the start of the World Cup.

Earlier this month, Canada’s U-20 team faced Korea Republic in two friendlies in British Columbia. Click HERE for more photos of Sheridan from the matches, courtesy of Canada Soccer.

Sheridan also recently caught up with a writer from Northern Kick. Click HERE to read that interview.