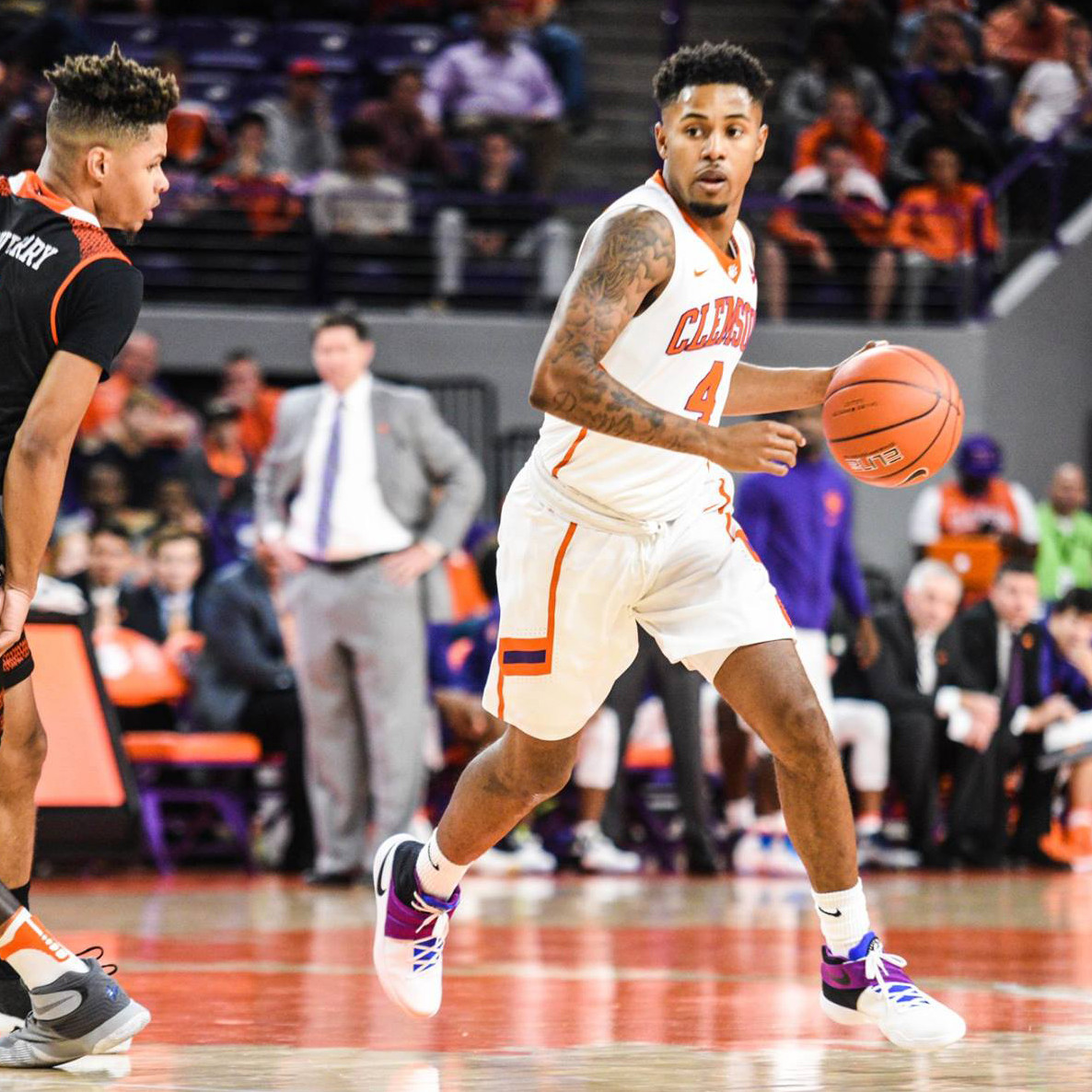 Shelton Mitchell Settling in as a Tiger

The much-anticipated entrance of point guard Shelton Mitchell into the Clemson Tigers’ rotation ended a few weeks ago, and Mitchell has already fully epitomized why his addition is so valuable to the 2016-2017 squad. After playing in four games, two of which he started, Mitchell has proven to be the perfect starting point guard for Clemson’s high-flying offense. Fast, athletic and highly intelligent, Mitchell is quickly earning the reputation of being an undisputed floor general for the Tigers.

Mere days from the opening game of the season, Mitchell suffered an inauspicious knee injury at practice that required surgery and resulted in the 6-3 point guard missing Clemson’s first four games. Therefore, his recent addition to the lineup has served as a spark plug of sorts for a Tiger offense that is steadily gaining steam as conference play nears. Mitchell transferred from the Vanderbilt Commodores two years ago, thus having to sit out this past season, and brought his trademark passing acumen to Clemson thereafter.

With a team-leading five assists in Clemson’s 90-47 drubbing of the Mercer Bears on Saturday night, Mitchell was an integral factor behind the Tigers’ offensive success, creating several scoring opportunities with his keen eye for big plays. Speaking on his sophomore guard’s performance in the game against Mercer, Clemson head coach Brad Brownell said, “I think, today, he played very well. To see him have seven rebounds, 13 points and five assists, it’s a pretty good floor game.”

Incredibly well-rounded for a point guard, Mitchell jells with the unique mixture of talent that is Clemson’s starting lineup. Playing alongside combo guard Avry Holmes in the backcourt, Mitchell feeds off of his playmaking ability to make his own magic, and, thus far, that duo has been quite dynamic.

Mitchell is a rare commodity due to the fact that he is a pass-first point guard that can score at will and consistently contribute in the rebounding department. However, his relentless attacking style is his most pivotal attribute, and it has catalyzed the Tigers in their recent high-scoring showings.

“I think he really shares it ahead,” Brownell remarked when discussing Mitchell’s downcourt vision, and that ability to reliably share the basketball and set the tone for the pace of play is what has Mitchell well on his way to becoming an elite point guard. The season is still young, as is Mitchell’s Clemson career, but, with a special skillset such as Shelton’s, the future of the Tigers’ new floor general is conspicuously bright.