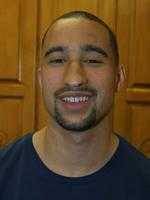 Clemson men’s basketball head coach Oliver Purnell has named Shaka Smart the coordinator of men’s basketball operations for the Tigers. Smart had worked with Purnell at Dayton since the 2001-02 season, when he joined Purnell’s staff after a two-year stint at California University of Pennsylvania. In the two seasons Smart was at Dayton, the Flyers posted a 45-17 record, and won the 2003 Atlantic 10 Tournament with a 24-6 record. In his first year at Dayton, the team competed in the NIT and recorded a 21-11 mark.

After graduating from Kenyon, Smart went to California University of Pennsylvania, where he was an assistant coach for two years. California was 40-16 during his two seasons there. While at California, Smart also earned a master’s in social science.