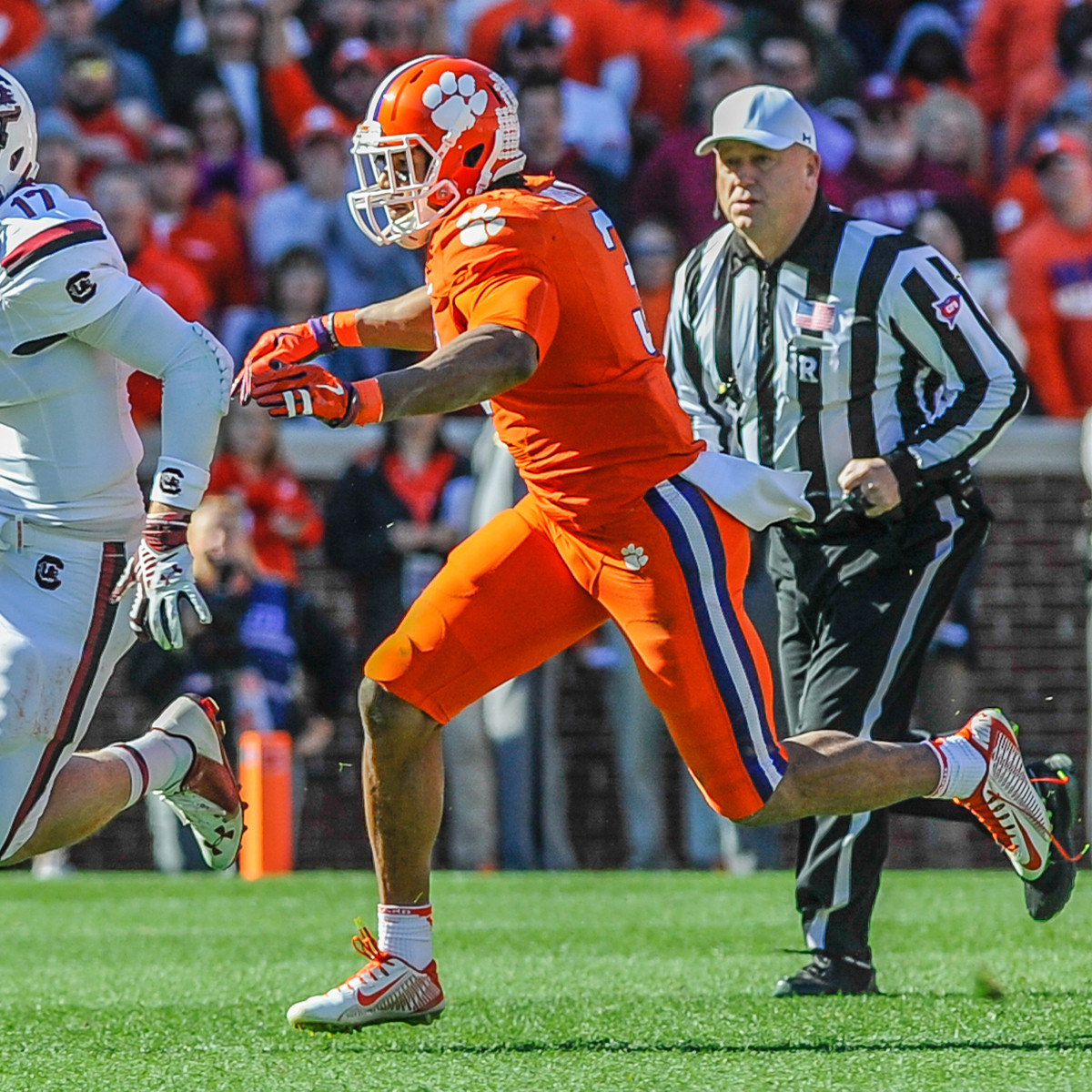 CLEMSON, S.C. – Seven Tigers, including six members of Clemson’s top-rated 2014 defense, were invited to the NFL Combine on Friday. The NFL released the invitation list for the event that will be held in Indianapolis, Ind. from February 17-23.

Clemson had the most defensive players on the invitation list with six. ACC-rival Louisville was second with five, while Florida State, Oregon, Southern California, Stanford, Texas, UCLA and Washington all had four apiece. Clemson was the only school in the nation with four defensive linemen on the invitation list, two more than any other school.

Clemson was the only school with three defensive ends on the list as well. The Tigers were one of 12 schools with at least one player invited from each of the three levels of defense.

Beasley was a consensus first-team All-American and ACC Defensive Player-of-the-Year in 2014. Anthony, Beasley, Jarrett and Peters all were First-Team All-ACC selections. Clemson was the ACC school to have four first-team selections on defense.