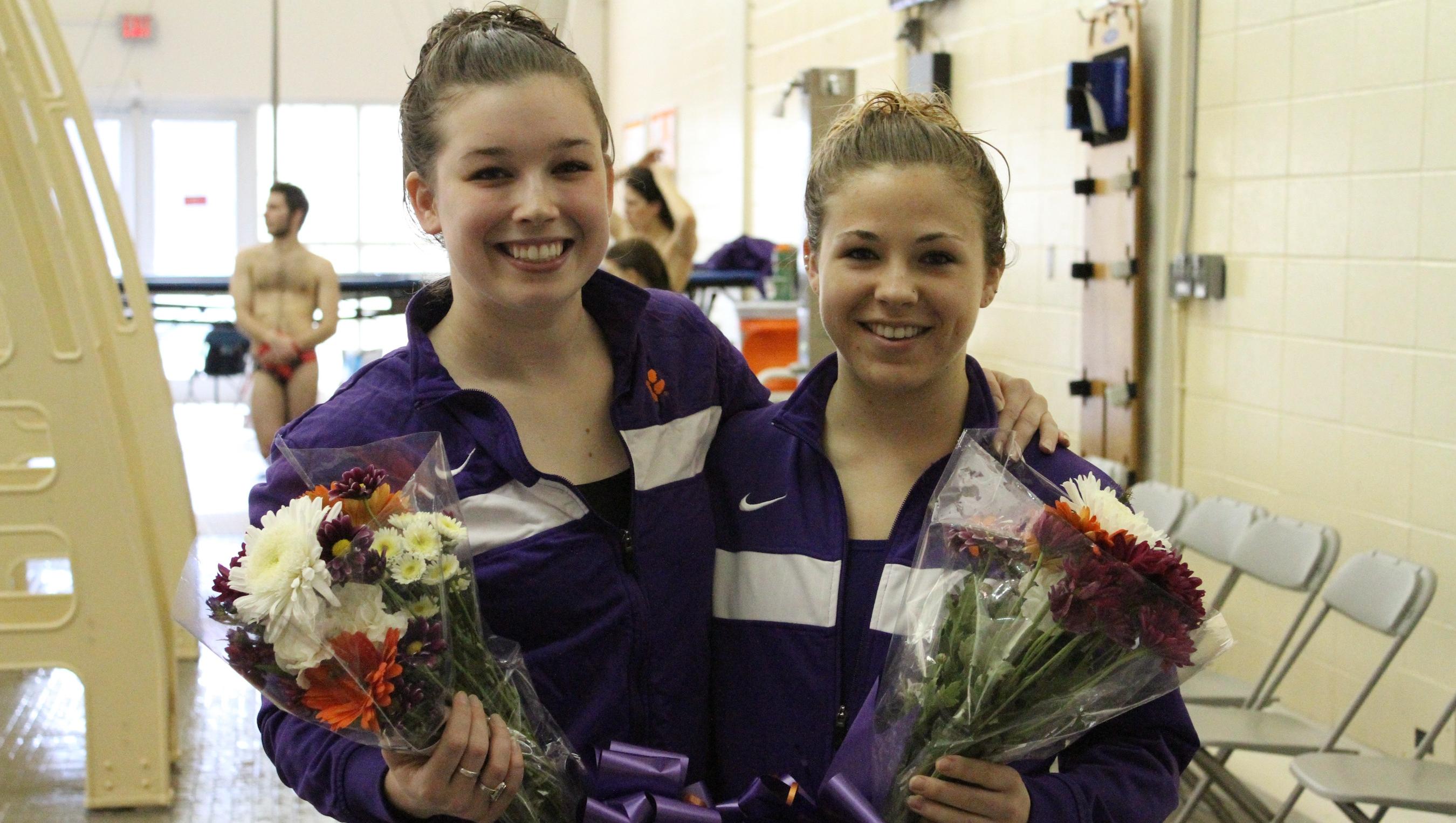 CLEMSON, SC – Senior captain Emily Howard set the three-meter school record for the second straight week while fellow senior Heather Britt set career highs in both the one-meter and three-meter events on Saturday at McHugh Natatorium. Clemson defeated both Davidson and James Madison to improve to 10-1-1 on the season, including a perfect 7-0 record at home.

Howard totaled a three-meter score of 319.50 to take first and top the previous record of 312.30 that she set last week. Howard also recorded a one-meter score 289.30 to finish second overall in that event. She finishes the regular season with 119 competition points, most by any Tiger this season.

Britt managed to surpass her career highs in both the one and three-meter dives for the second straight week. She recorded a 271.10 in the one-meter and a 251.05 in the three-meter.

Chelsea Uranaka recorded a career-high three-meter score of 308.55 to finish second in the three-meter diving. It was her second straight score of over 300. Uranaka and Howard have combined for four of the five 300+ scores this season, all coming in the final two meets of the year. In addition, Uranaka posted a 274.60 in the one-meter dives to finish fifth.

The Tigers will be back in action when they travel to Greensboro, NC for the ACC Championships beginning on February 18.