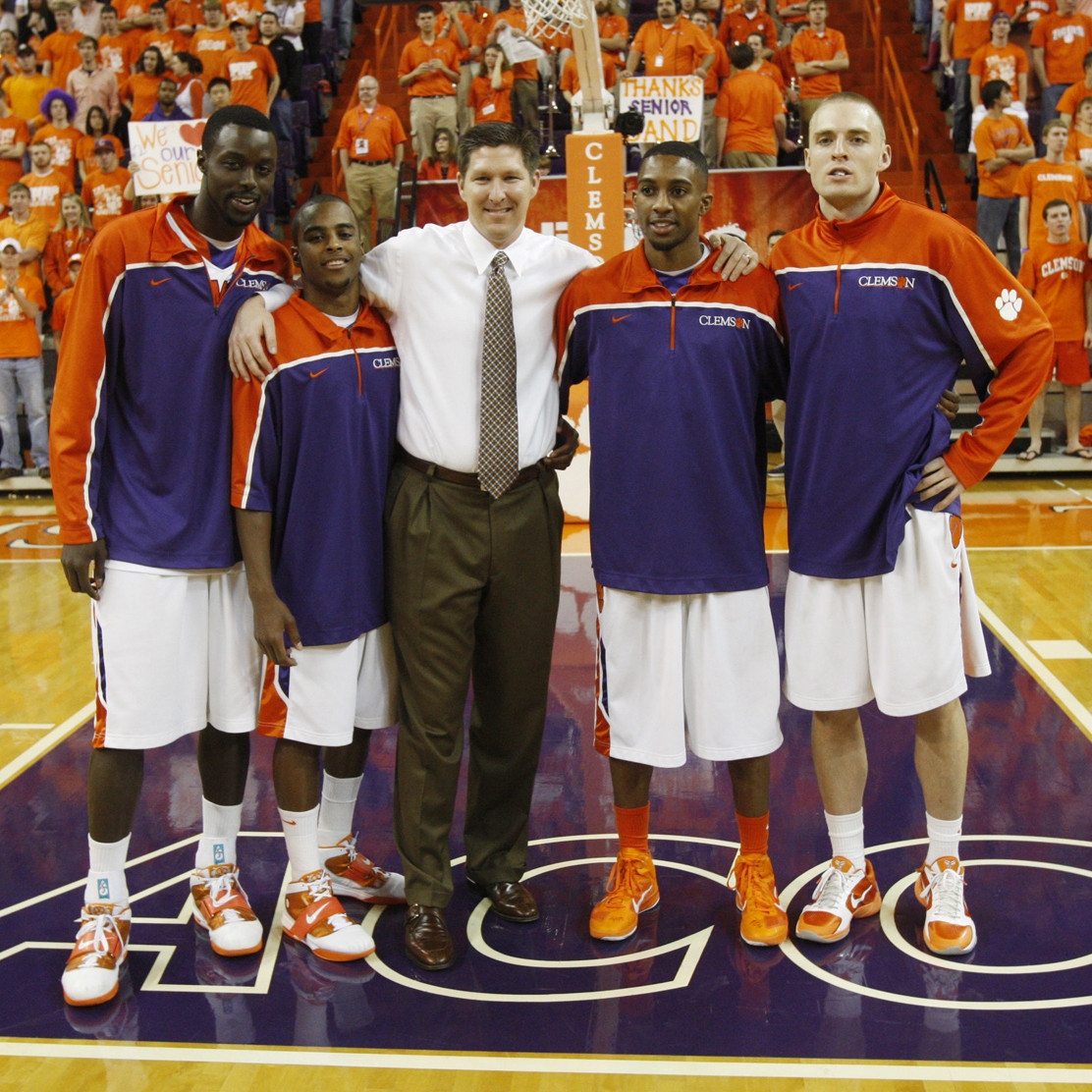 Senior Day. It’s one of the moments I look forward to the most each men’s basketball season.

Players and managers that have put years of sweat and sacrifice into the program are honored for their contributions.

Emotions are high. You feel it during pregame festivities, where framed jerseys are presented from coach Brad Brownell. You feel it after the game, when he speaks truthfully and candidly about his seniors. And you feel it when the players take the microphone and thank the Littlejohn crowd for the support.

And it doesn’t stop with the players. Coaches that have invested their time, mentoring these players and watching them grow, have a hard time saying goodbye. Fans get attached to seeing certain players wear the Clemson uniform.

A little over a month ago, the program made the decision to honor seniors Rod Hall and Damarcus Harrison on Saturday against Georgia Tech, rather than the traditional final home game against NC State. Because Tuesday’s game with the Wolfpack is a 9 p.m. start, it made much more sense for the families of the players and managers to come to Saturday’s noon game as opposed to a 9:00 mid-week tipoff.

Lest we forget, Saturday should be Senior Day for a missing piece of the puzzle, too — K.J. McDaniels. But the NBA rookie got his moment to shine and be celebrated by Tiger fans during the first half of the game against Virginia Tech two weeks ago.

Hall and Harrison should be celebrated because both made a commitment to Tiger basketball. Hall’s durability and toughness will long be remembered. He’ll be making his 103rd start in a Clemson uniform Saturday. He rarely complains of pain or fatigue, and in fact plays through it most of the time. He was the team’s second-leading scorer last season, a big factor in Clemson’s 10-win improvement over his sophomore campaign.

Harrison, meanwhile, took some time to adjust after transferring from BYU. But his role in Clemson’s improvement last season was just as big, as he averaged double figures over the final third of the 2013-14 season and keyed some important wins down the stretch.

In the short time I’ve been a part of the men’s basketball program, I’ve seen some great moments and games. With that in mind, here’s a rundown of some of the best the past 10 years of Senior Day in Littlejohn have had to offer.

2005 — No one will soon forget this one. Trailing by three late against Virginia Tech, senior Olu Babalola hoisted a wing three and it fell in. The Hokies dribbled down, but the ball was stolen and thrown ahead to another senior, Sharrod Ford, who soared in for a dunk as time expired. In other words, the equivalent to a “walk-off” in basketball.

2006 — Seniors Akin Akingbala and Shawan Robinson combined to score 46 points as Clemson beat Georgia Tech in a high scoring affair, 95-82. One of my favorite memories from the game was that Robinson’s fifth grade class was in attendance to cheer him on. He was student teaching that semester at Central Elementary, and after the game he took pictures on the court with his students.

2008 — While the Tigers honored its popular trio of Cliff Hammonds, James Mays and Sam Perry, it was a freshman that stole the show late. Demontez Stitt was fouled with 3.8 seconds to go, and he made both to lift Clemson to an emotional 70-69 victory over Virginia Tech.

2010 — Few players have had a better sendoff on Senior Day than All-ACC forward Trevor Booker. One of Clemson’s most exciting players, he punctuated his decorated career with a patented follow slam from the weak side late in the second half — his final Littlejohn field goal — of a 91-80 win over Georgia Tech. Booker finished with 21 points, nine rebounds, five assists and three blocks.

2011 — The Tigers and Hokies again met for Senior Day, and again it didn’t disappoint. Demontez Stitt and Jerai Grant combined for 32 points, but it was another senior, original walk-on Zavier Anderson that I remember most from this particular game. The photo below occurred just after the scrappy Anderson stepped in and drew a charge as the “jammer” — sending the Littlejohn crowd (and Tiger bench) into a frenzy.

2012 — One year later, who did the Tigers face? You guessed it, Virginia Tech. Senior guard Tanner Smith had an emphatic slam on a fastbreak early, setting a tone. He even was whistled for a technical foul for yapping too much after the play. Clemson trailed by as much as 10, but chipped away at it. Smith made two free throws with 2:41 to go, the final points of the game for either team, in a 58-56 victory.