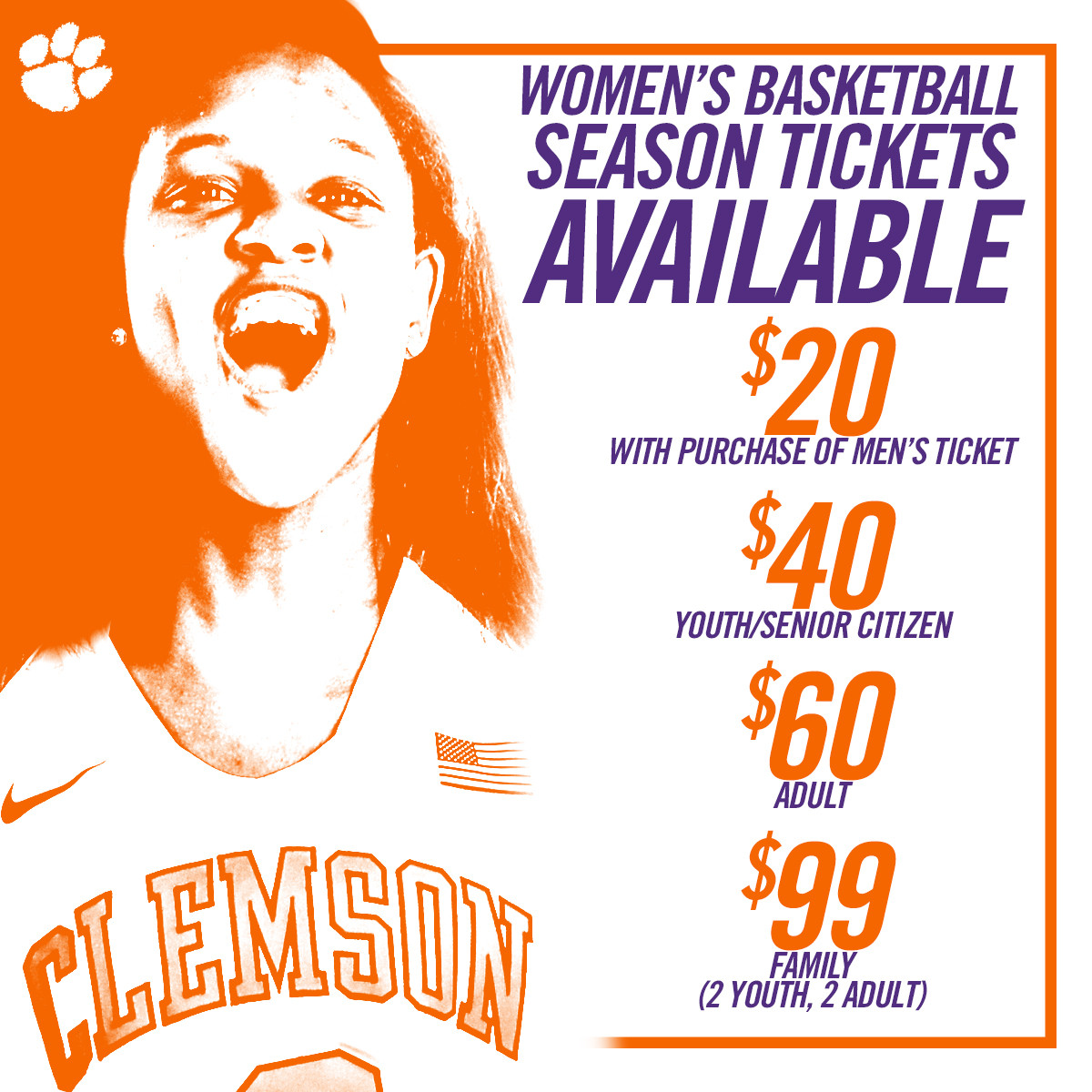 The 2016-17 home campaign is highlighted by a non-conference tilt against Oregon and conference contests against 2016 NCAA runner-up Syracuse as well as three other ACC teams that finished in the top-20 in the nation a year ago (Notre Dame, Louisville and Florida State). The complete schedule for the upcoming season, including dates and times, will be released by the ACC in Sept. 2016.

Adult season tickets for the 2016-17 season are $60, while youth and senior citizen seats are $40. There is also a $99 Family Pack, which includes two adult and two youth tickets to every home game, a $200 value. In addition, those who purchase a Clemson men’s basketball season ticket for 2016-17 will have the opportunity to purchase a women’s season ticket for $20.

Visit ClemsonTigers.com/Basketball to purchase tickets, see a virtual view of the new arena and check out the most recent updates on the construction progress of Littlejohn Coliseum.