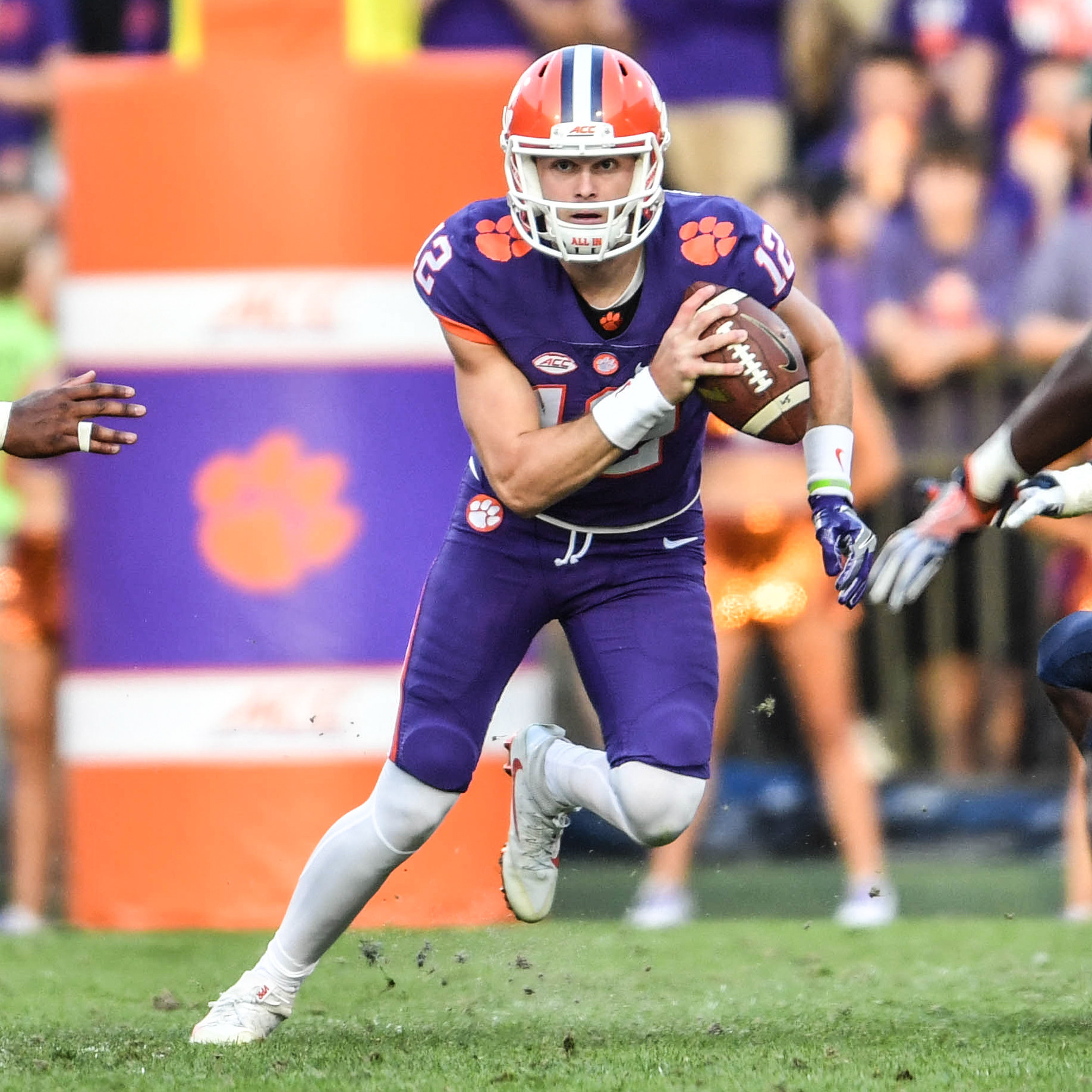 With the Clemson Tigers leading 23-0 over the Syracuse Orange late in the second quarter Saturday and conspicuously close to increasing that already vast lead, quarterback Deshaun Watson exited the game with a shoulder injury. The Tiger offense did not miss a beat, however, with Watson’s backup, fifth-year senior Nick Schuessler, filling in admirably following his departure and helping lead the team to a commanding 54-0 victory.

Often lost in the well-deserved hype surrounding the Tigers’ star offensive players is the incredible bevy of riches that Clemson boasts from top to bottom on the offense’s depth chart, resulting in special talents like Schuessler going mostly unheralded throughout their collegiate careers. Featuring one of the most talented quarterback stables in the nation, the Clemson offense lived up to its billing as a proverbial well-oiled machine throughout Saturday afternoon’s win, and Schuessler was an integral reason why.

Prior to exiting with a bruised left shoulder, Watson strung together several impressive scoring drives and finished 13-16 for 169 yards and two passing touchdowns. In his stead, Schuessler proceeded to take the helm and play the best game of his career. An invaluable voice in the locker room throughout his Clemson tenure, Schuessler showcased his heady style of play and great pocket presence against the Orange by going 11-17 for 177 yards and two touchdowns, marking the first time that two Clemson passers accrued over 160 yards through the air in a single game.

With a fitting performance that epitomized a career defined by hard work and commitment, Schuessler played exceptionally well in his shining moment as a Tiger.

Speaking after the game on Schuessler’s performance, Clemson co-offensive coordinator Jeff Scott said, “That’s a guy that was waiting for his opportunity. Playing behind a great player like Deshaun Watson, you never know when you’re going to get your opportunity. I thought he did a really good job coming in.”

Discussing his career-defining moment in the spotlight after the game’s conclusion, Schuessler said, “I always tell myself that I spend too much time standing on the sideline to go out there and play scared. So if I ever get the opportunity, I’m going to go out there and cut it loose. I think that’s how I played.”

While Schuessler will now return to his regular role, his performance on Saturday will not be soon forgotten. A prototypical emblem of how a Clemson quarterback is expected to carry himself on and off of the field, Schuessler, through his shining moment, revealed that he is also a shining example of the well-oiled machine that is the Clemson offense.