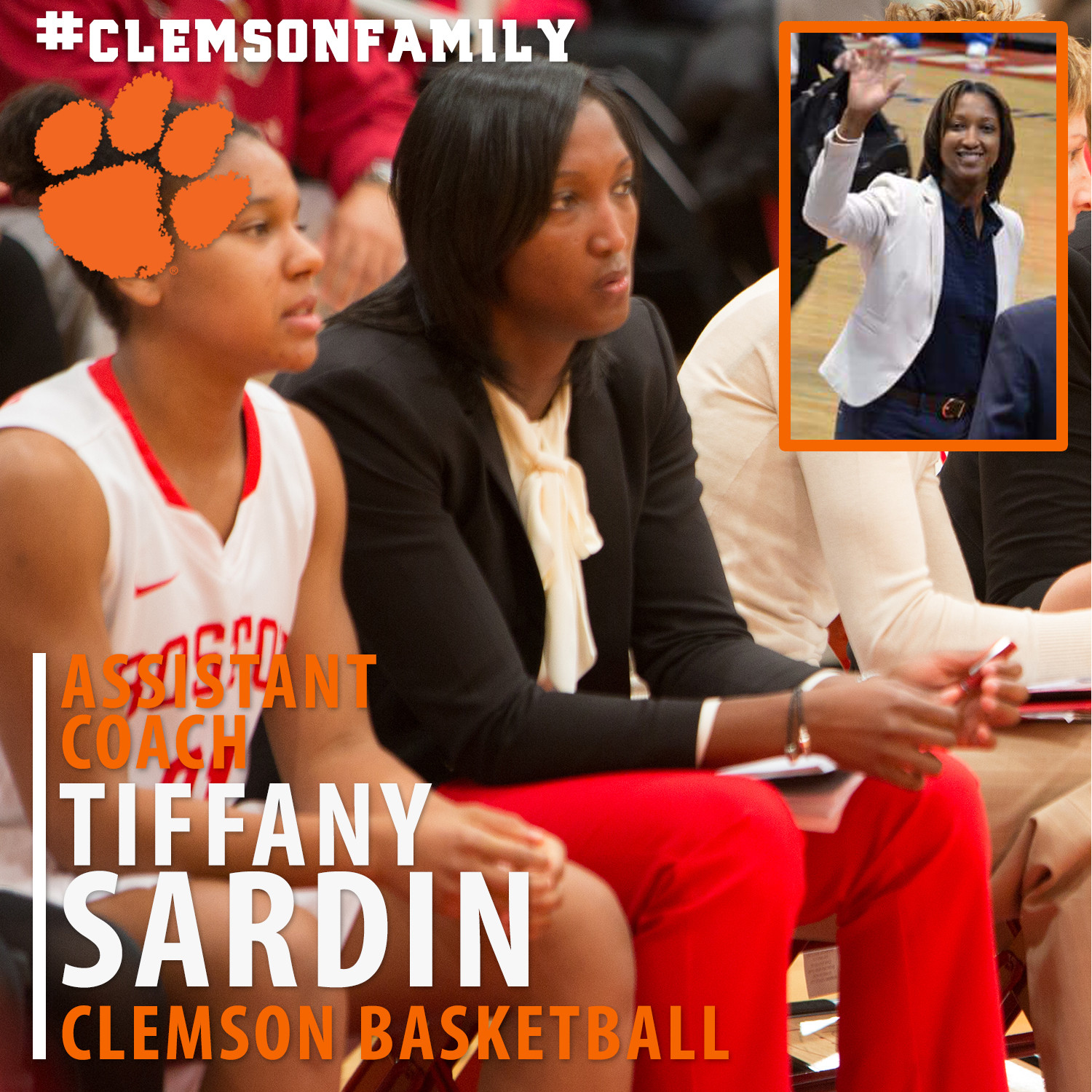 CLEMSON, S.C. – Tiffany Sardin, a four-year letterwinner and graduate of the University of Virginia who played five years of professional basketball in Portugal and has spent the last four years as a collegiate assistant coach, is the newest addition to the Clemson women’s basketball staff as an assistant coach. Sardin replaces Margaret Richards, who accepted the head coaching position at Alabama A&M in June.

“We have landed a gem for our program with the addition of Tiffany Sardin,” said Head Coach Audra Smith. “She brings a wealth of knowledge in the areas of guard play and national recruiting. Tiffany also has extensive ACC ties as a standout student-athlete at the University of Virginia, where I had the distinct honor of coaching her for two years. As a player, she was a hard worker, a team player and a leader on and off the floor, and these characteristics have carried over into her coaching career. Tiffany is a bright, intelligent coach with a keen eye for talent and an ability to develop players to their fullest potential.”

Sardin comes to Clemson from Boston University, where she spent the last year as an assistant coach and recruiting coordinator. She coached the team’s guards and forwards and was responsible for scouting reports and film breakdown of the Terriers’ opponents. In addition, she was the liaison between the coaching staff and the team’s strength and conditioning coach and athletic trainer, as well as the compliance staff and community relations department.

Prior to her stint at Boston, Sardin was an assistant coach at the University of Illinois at Chicago for two seasons, from 2013-15, and at Mount Olive College for one season, from 2012-13. She also spent two years as the head coach of the girls’ varsity basketball team at William Byrd High School in Vinton, Va.

From 2006-11, Sardin played professional basketball for Madeira Clube Uniao in Portugal, a European Basketball Federation team. During this time, she led the club in scoring and rebounding, and also helped the team to its first Euro Cup appearance.

Sardin played for four years at the University of Virginia, from 2002-06. Smith was an assistant coach on the Cavalier staff during Sardin’s first two seasons with the program, before accepting the head coaching position at UAB in 2004. Sardin graduated from Virginia in 2006 with a degree in Sociology. She is currently pursuing a Master’s degree in Human Service, Criminal Justice and Counseling at Liberty University.

“My dreams began in the ACC, and now they are continuing in the ACC,” said Sardin. “There is no better time than now to be a Clemson Tiger. I extend the greatest of gratitude to the Clemson administration, Coach Smith and the rest of the staff for providing me the opportunity to be a part of the program’s vision.”