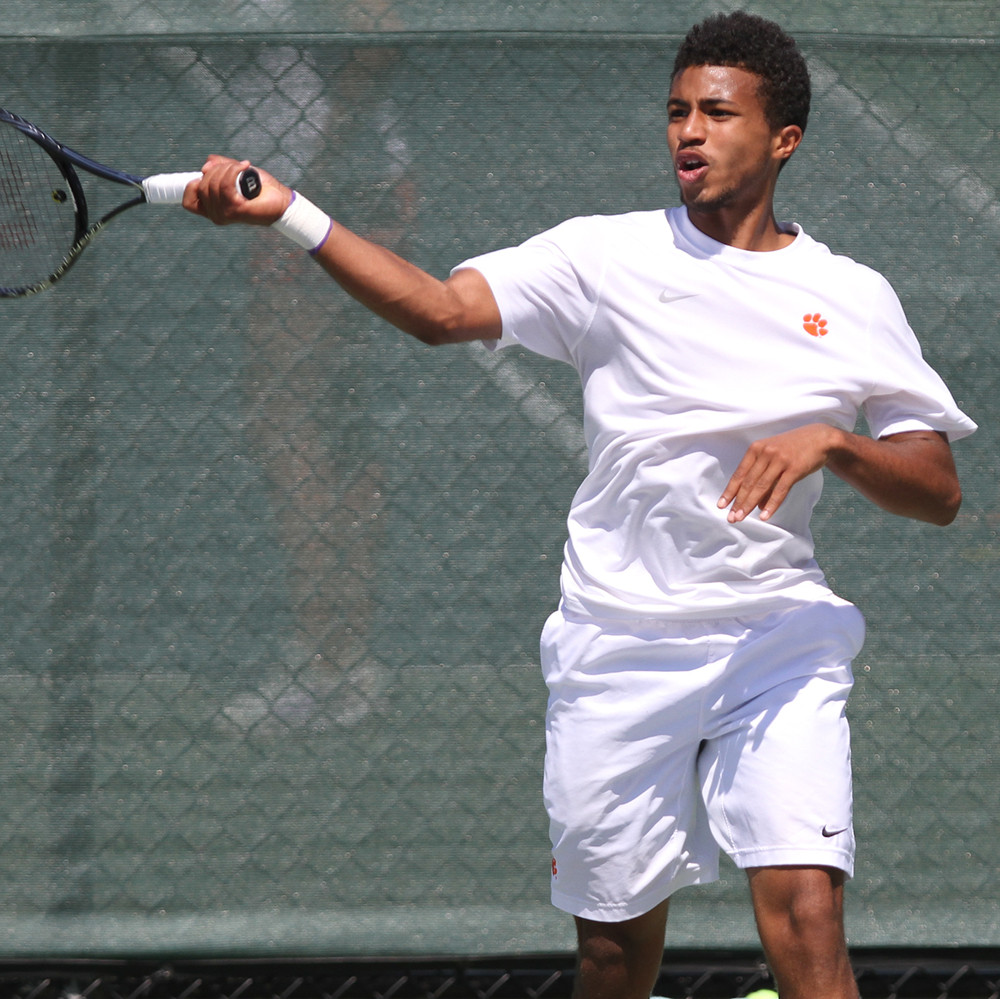 Sanon Advances to ITA Carolina Regional Round of 16

CARY, N.C. – Clemson junior Daffra Sanon is one of 16 players remaining in the 128-player singles main draw at the ITA Carolina Regional in Cary, N.C.

Sanon defeated Mario Paccini of Elon in his third round match by a score of 6-4, 6-0. He will square off against the tournament’s top-seeded player, Brett Clark of North Carolina, in Sunday’s Round of 16.

“Daffra was focused today and broke down a very solid opponent,” noted Associate Head Coach John Boetsch. “He is making strides mentally and emotionally and seeing it pay off in his singles matches. He has a great opportunity ahead of him tomorrow.”

Fellow juniors Robert Dudley and Christian Harris both played in the Round of 32 as well, after winning their first two matches on Friday, but both players fell on Saturday, Harris to No. 3-seeded Jonathan Ho of Wake Forest and Dudley to No. 14-seeded Andrew Schafer of South Carolina. Senior Luke Johnson defeated Campbell’s Jon Oneal on Saturday in his consolation match to advance to the Consolation Round of 16.

In doubles play, Dudley and Johnson won their first round match over Winthrop’s Ryan and Mitchell, 7-5, 6-3, before falling to No. 3 seed Hundal and Massalle-Ferrer of Charlotte. Brent Lett and Arturo Pinazo lost in the doubles first round but rebounded with a consolation-round victory.