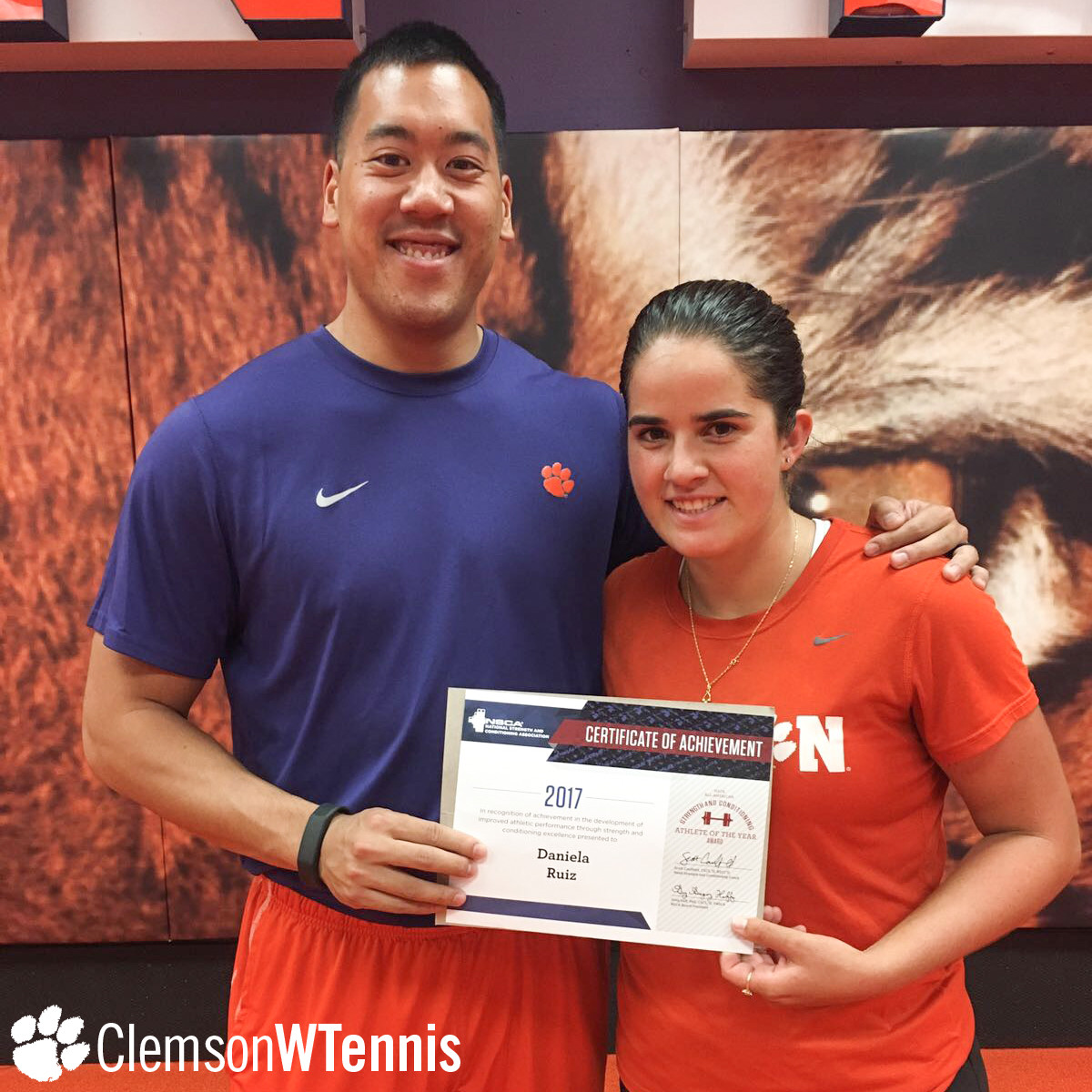 Ruiz is the captain and lone upperclassman on the Tiger squad, which is headed to the NCAA First & Second Rounds in Nashville, Tenn. next week. Ruiz has been a doubles specialist throughout the first three years of her Clemson career with a 57-27 overall record, a 42-15 record in dual matches and a 25-10 mark in ACC play. In 2016-17 alone, Ruiz is 18-6 overall, 17-2 in dual matches and 10-1 in ACC play. She and teammate Fernanda Navarro have a 15-1 dual-match record and finished the ACC regular season with a 10-1 record as a doubles duo.

CLEMSON STRENGTH & CONDITIONING COACH JUSTIN HOUNG ON DANIELA RUIZ:“Dani has been the definition of a leader on and off the court. She has done an outstanding job in the weight room not only with pushing her own personal growth but also the limits of her own teammates. She has battled through injuries and struggles on the court and has worked hard to improve her strength, power, and speed to become one of the best in the program. She will continually seek out new opportunities to better herself and will not settle until she gets there. She is strongest on the team with a 315lb trap bar deadlift and a 225lb back squat. Dani has great drive and determination to be the best and will do anything to help her team achieve great success.”

ABOUT THE AWARDThe NSCA All-American Strength and Conditioning Athletes of the Year program recognizes those collegiate and high school athletes, whose athletic accomplishments, in the opinion of their strength coach, reflect their dedication to strength training and conditioning. These athletes are also recognized for their academic and personal accomplishments and their integrity as student-athletes.