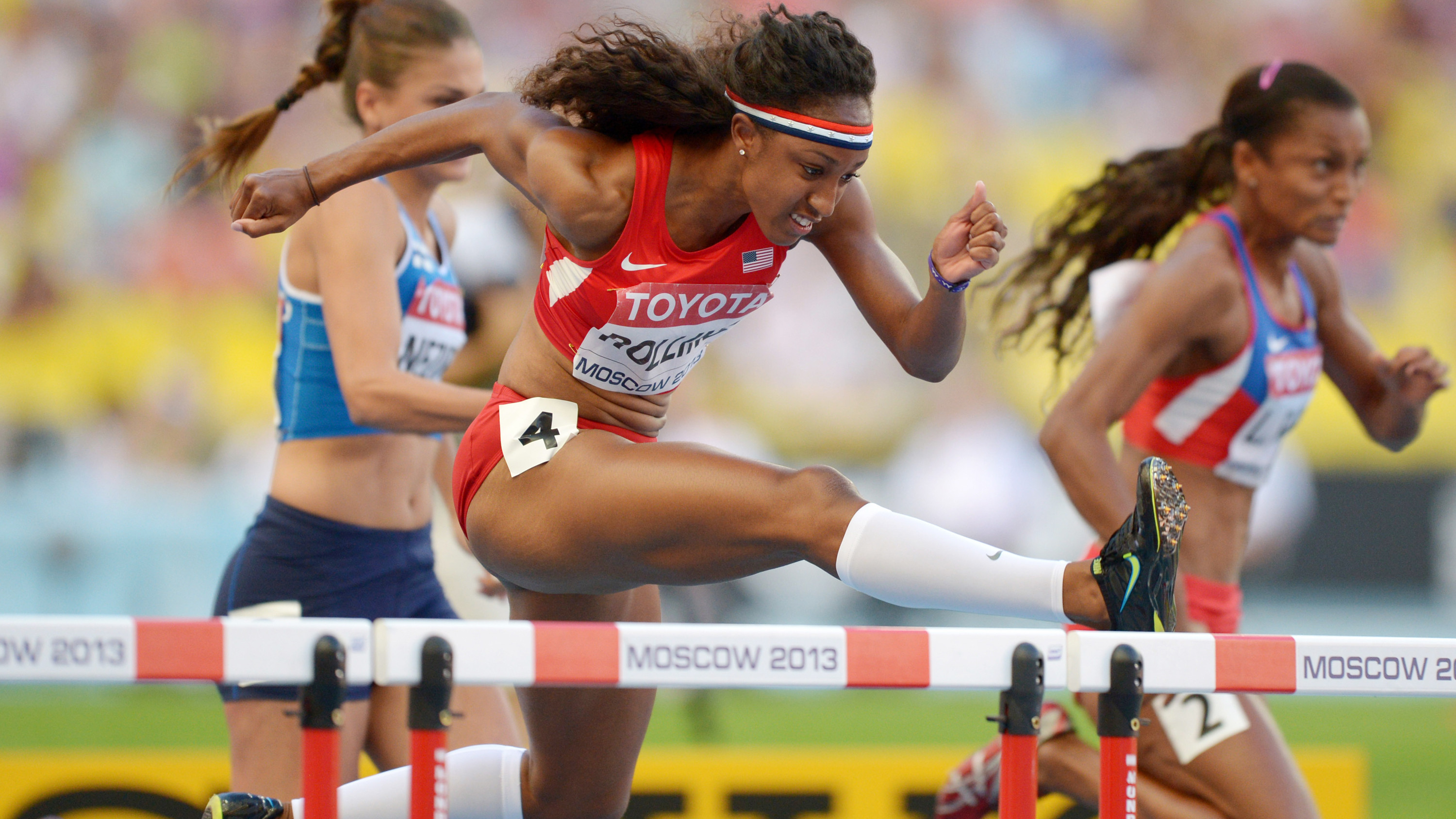 CLEMSON, SC – Former Clemson star Brianna Rollins, the American record-holder and IAAF World Champion in the 100 hurdles, will be named the 2013 Jackie Joyner-Kersee Athlete of the Year, USA Track & Field announced Monday. The three-time National Champion and NCAA record-holder in the 60 hurdles and 100 hurdles will receive the award at the annual USATF meeting in Indianapolis, IN on Dec. 7.   “I am so honored to be receiving the 2013 Jackie Joyner-Kersee Award,” Rollins said in a statement released by the USATF. “It has been such a tremendous year. I’m truly blessed. I have to say thank you to USA Track & Field, Nike, my fans and supporters.”   Monday’s announcement is the latest in a long line of awards and accomplishments in 2013 for the Miami, FL native. Rollins concluded her collegiate season undefeated, spanning the indoor 60 hurdles and outdoor 100 hurdles. She was named National Outdoor Track Athlete of the Year by the U.S. Track & Field and Cross Country Coaches Association (USTFCCCA), and was also the ACC’s Indoor and Outdoor Track Athlete of the Year. Following her NCAA-record 12.39 in the 100 hurdles, she was the USATF Athlete of the Week.   Rollins turned professional to run for Nike with one outdoor season of eligibility remaining. In her first competition, she broke the American record in the 100 hurdles (12.26) and won the USA Championship. She then bested the two reigning Olympic gold medalists – Dawn Harper-Nelson (2008) and Sally Pearson (2012) – to earn the World Championship in Moscow.   Since 1996, the USATF has presented the Athlete of the Year award to one male and one female annually. Rollins joins the likes of Gail Devers, Allyson Felix, Joanna Hayes, Carmelita Jeter and Sanya Richards-Ross as a female recipient of the award.   Rollins is a finalist for one more prestigious award in December, The Bowerman, which is presented to the top collegiate track & field athlete. She joins finalists Brigetta Barrett of Arizona and Kori Carter of Stanford at the USTFCCCA National Convention in Orlando, FL for The Bowerman ceremony on Dec. 18.