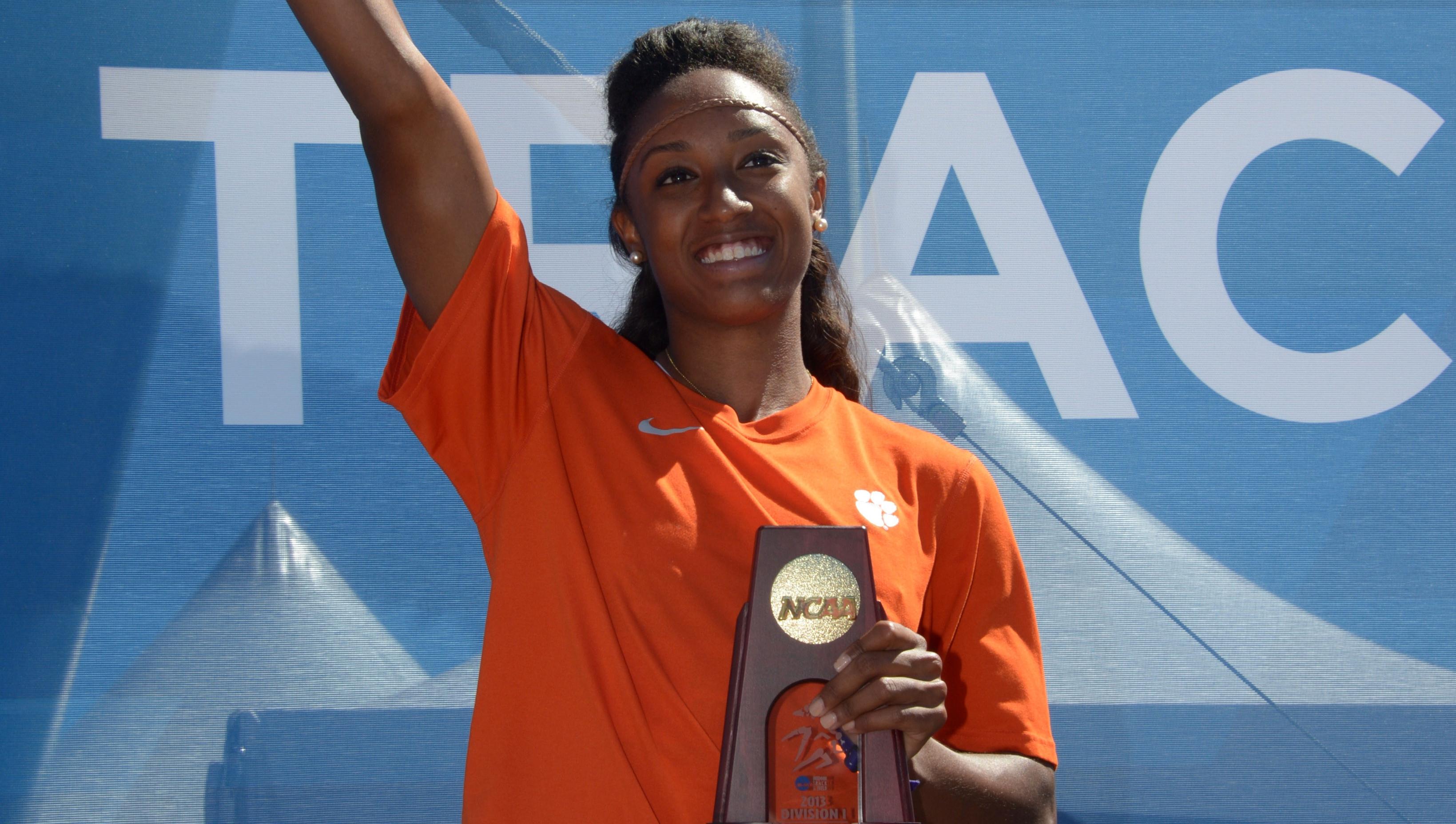 CLEMSON, SC – Clemson red-shirt junior Brianna Rollins has been named National Women’s Track Athlete of the Year for the 2013 outdoor season, the U.S. Track & Field and Cross Country Coaches Association (USTFCCCA) announced Wednesday. Arizona high jumper Brigetta Barrett was named the organization’s National Women’s Field Athlete of the Year.”It’s an honor to accept this award,” Rollins said. “I didn’t set out to win awards like this, I just focus on what I have to do on the track to accomplish these things. I was very excited to win my first National Championship outdoors. It was one of the greatest moments of my life, especially after running such a fast time.”Rollins established NCAA records in the 100 hurdles in both the semifinals and final, running respective times of 12.47 and 12.39. She captured her third NCAA National Championship in the hurdles, her first outdoor crown. Rollins’ 12.39 also broke the facility record at the University of Oregon’s Hayward Field – the site of the last two U.S. Olympic Trials and multiple USA Championships as well. It was the second-fastest time run by an American on U.S. soil. She is the fourth fastest American performer and tied for ninth in IAAF world history.Her outstanding outdoor season included a bronze medal with the 4×100 relay at the NCAA Outdoor Championships and ACC titles in the 100 hurdles, 200 dash and with the relay. Rollins also won the 100 hurdles at the prestigious Texas Relays, running one of the fastest all-conditions times (12.54) in NCAA history.Rollins is the first ACC female athlete to win the award since it was first presented in 2006.