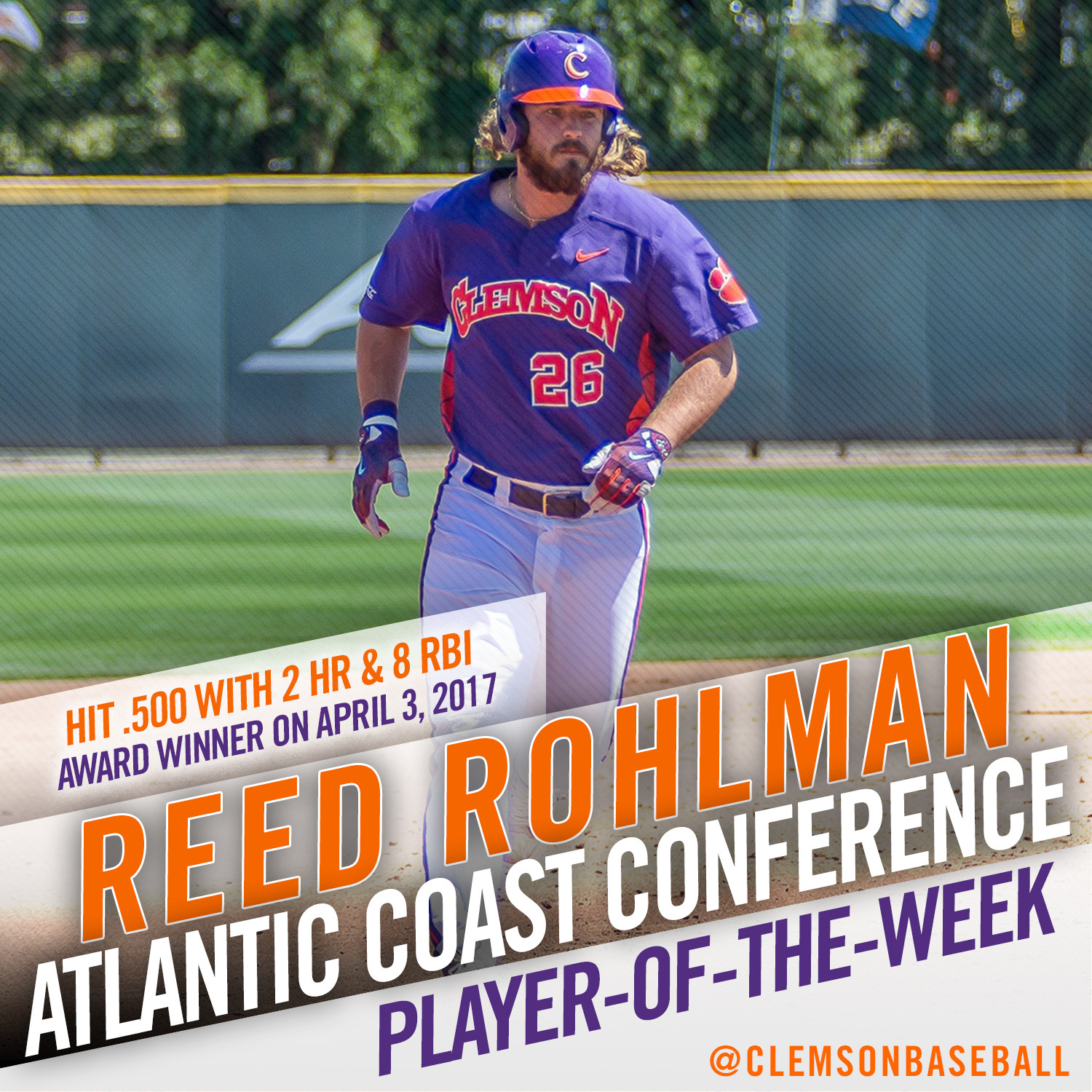 Rohlman went 8-for-16 (.500) with two homers, two doubles, eight RBIs, five runs, six walks, a hit-by-pitch, 1.000 slugging percentage and .652 on-base percentage to lead Clemson to four wins in five games on the week. He had at least one hit and one walk in all five games and had an outfield assist on Saturday at Georgia Tech when he threw a runner out at the plate.

On Wednesday, he hit a walkoff single in Clemson’s win over Winthrop. Then on Sunday, he went 3-for-5 with two homers, a double, seven RBIs, three runs and a walk in Clemson’s 13-6 win at Georgia Tech. It was the first time since 2010 a Tiger totaled more than five RBIs in a game.