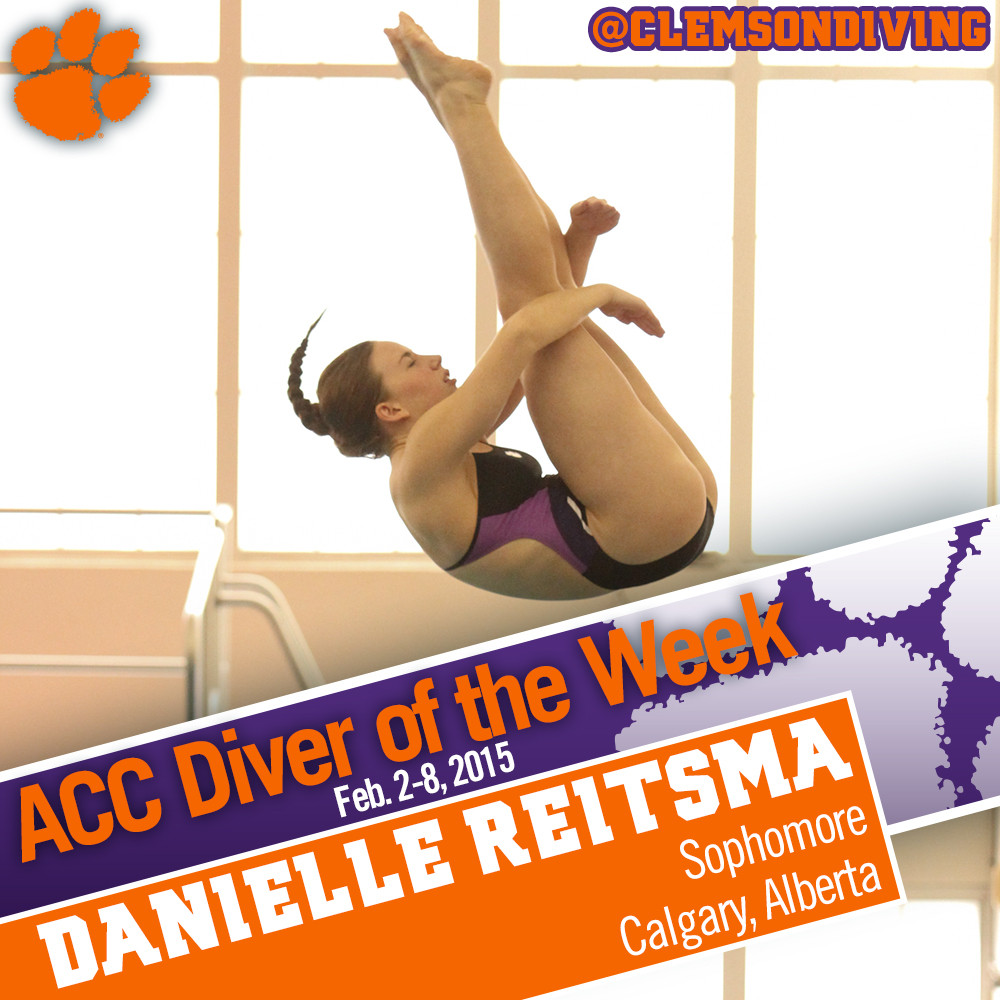 CLEMSON, S.C. – Three days after recording three top-two finishes and posting NCAA Zone qualifying scores in all three events in the Tigers’ tri-meet against College of Charleston and Davidson, sophomore Danielle Reitsma was named ACC Women’s Diver of the Week for the week of Feb. 2-8. The conference office made the announcement on Tuesday afternoon.

Reitsma recorded a career-best score of 316.50 in the three-meter en route to winning the event against the Cougars and Wildcats. The score was also the second-best three-meter score in school history since the program became a women’s diving only program in 2012-13. Reitsma also posted a new career high in the one-meter (290.50) to finish in second-place, while her second-place finish in the platform and score of 226.40 was her best so far this season.

The native of Calgary, Alberta has produced NCAA Zone qualifying scores a total of seven times this season (four in the one-meter, two in the three-meter and one in the platform), which places her in a tie for second on the team in that category. Reitsma and the rest of the Tiger divers will be in action at the 2015 ACC Championships on Feb. 18-21 in Atlanta, Ga.