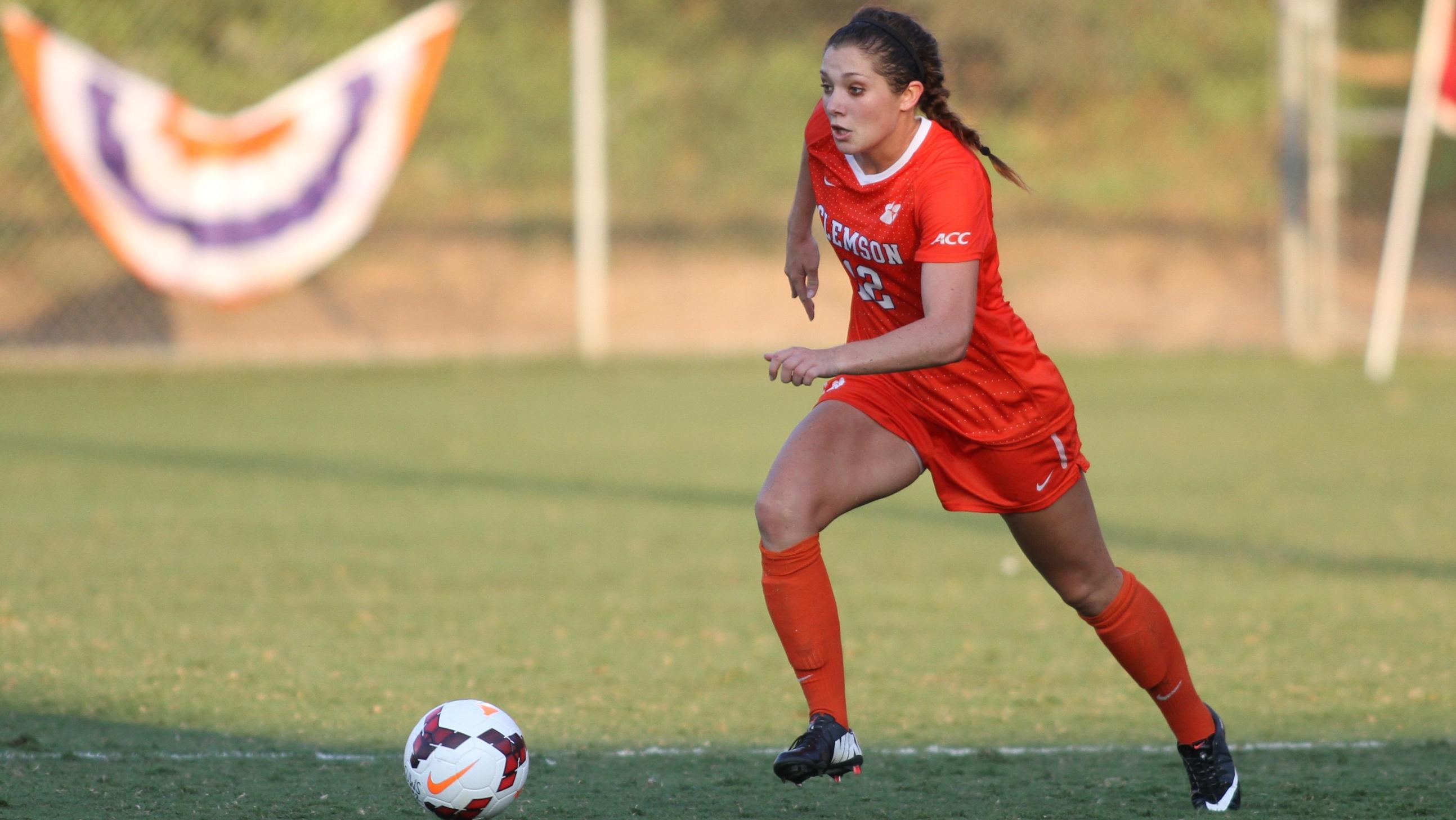 CLEMSON, SC – Clemson junior midfielder Katelyn Reeve has been named to the 2013 Capital One Academic All-District 4 Women’s Soccer Team as announced by the College Sports Information Directors of America.  Reeve, a biological sciences major, has a 4.0 cumulative grade point average.

Reeve started all 19 games in the midfield for the Tigers in 2013, and has played in 52 games, starting 45, in her three-year career.  The Cary, NC native and team co-captain was named to the ACC Academic Honor Roll in 2011-12 and has been a frequent member of the Clemson President’s List over the past three years.