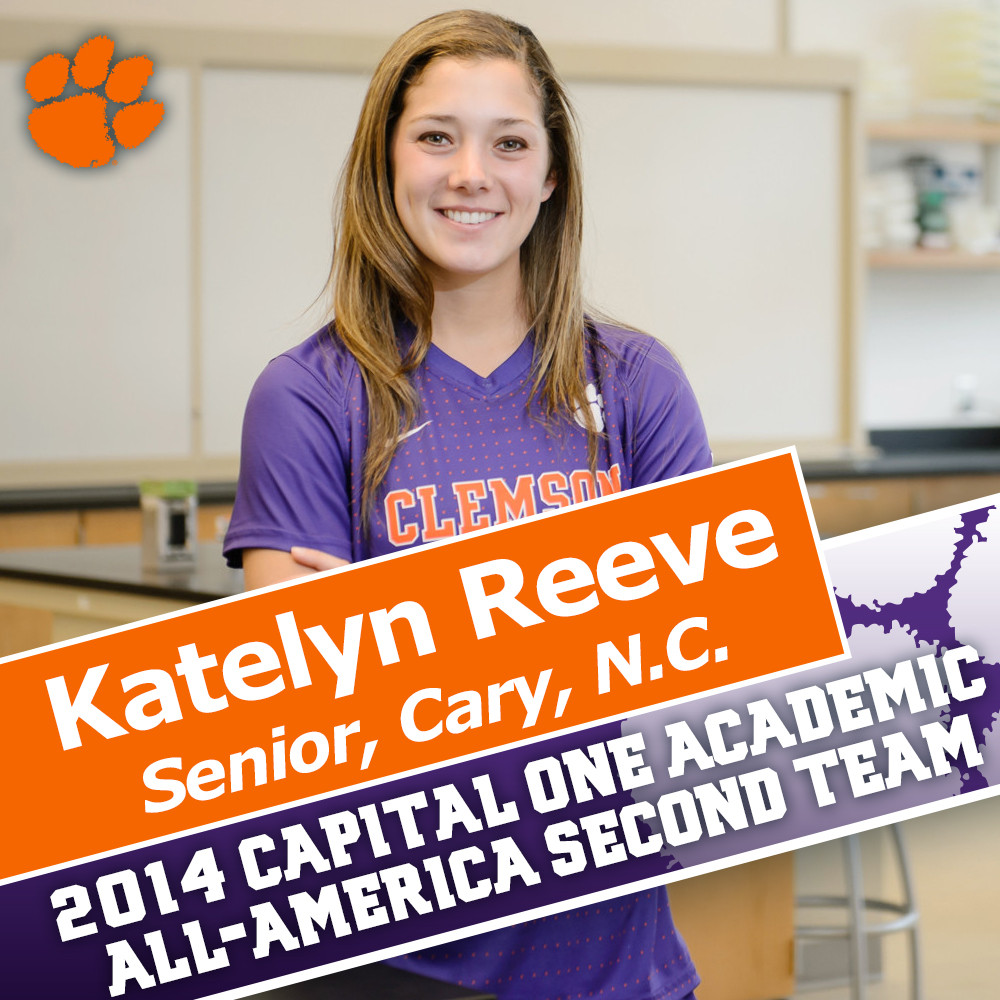 The senior midfielder has a 4.0 cumulative grade point average and will graduate from Clemson in December 2014 with a degree in biological sciences. For maintaining the 4.0 GPA, she will be awarded the prestigious Faculty Scholarship Award upon graduation. Reeve is one of just six student-athletes sporting a perfect 4.0 GPA of the 33 members on the three All-America teams combined, and is one of two on the 11-member second team.

The Academic All-America honor is the first of Reeve’s career, and the Cary, N.C. native has earned Academic All-District honors from CoSIDA two consecutive years. The two-time team co-captain is a three-time ACC Academic Honor Roll member from 2011-13 and has been named to Clemson University’s President’s List every semester over the past three years.

Reeve played in 74 games, starting 71, in four seasons with the Tigers. She scored four goals and six assists, playing primarily as a defensive midfielder throughout her four-year Clemson career.