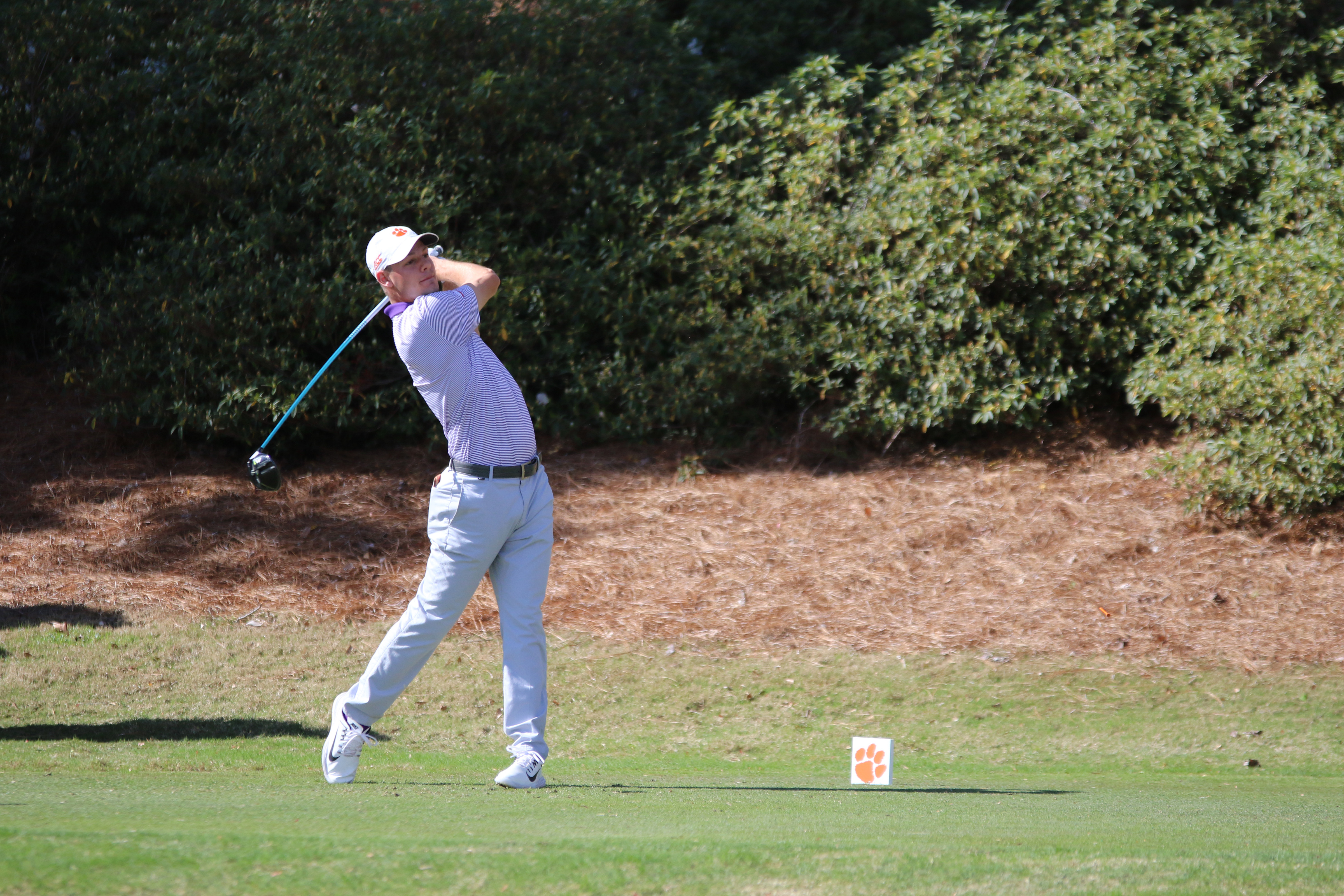 Redman Advances at US Amateur

Clemson, S.C.—Clemson sophomore Doc Redman upset No. 3 seed Logan Lowe by a 4&3 score to advance to the second round of the 2017 United States Amateur at Riviera Golf Club near Los Angeles, Calif.   Soon to be Clemson freshman Turk Pettit was eliminated in the first round 2&1 by Noah Norton.

Redman and Lowe had a very competitive match for the first 12 holes.   Redman had a 1-up lead heading to the 13th tee. But the native of Raleigh won the next three holes to win in convincing fashion.

Redman’s win over Lowe was noteworthy in that Lowe had shot a 136 for 36 holes in the stroke play qualifier, third best in the field of 312 golfers.

This marked the third consecutive US Amateur that Clemson had two players advance to match play. It marked the second consecutive year Redman had accomplished the feat, the first to do it since Kyle Stanley in 2007 and 2008.

Redman will face Walker Lee of Texas A&M in the second round on Thursday morning.    Redman now has a 4-1 record in match play competition this month. He reached the finals of the Western Amateur the first week of August in Chicago.

Pettit and Norton played a close match throughout with neither player taking a two-hole lead until the 15th hole.

Norton then won two of the next three holes to go one up. After the two players squared holes 16 and 17, Norton had clinched the victory.