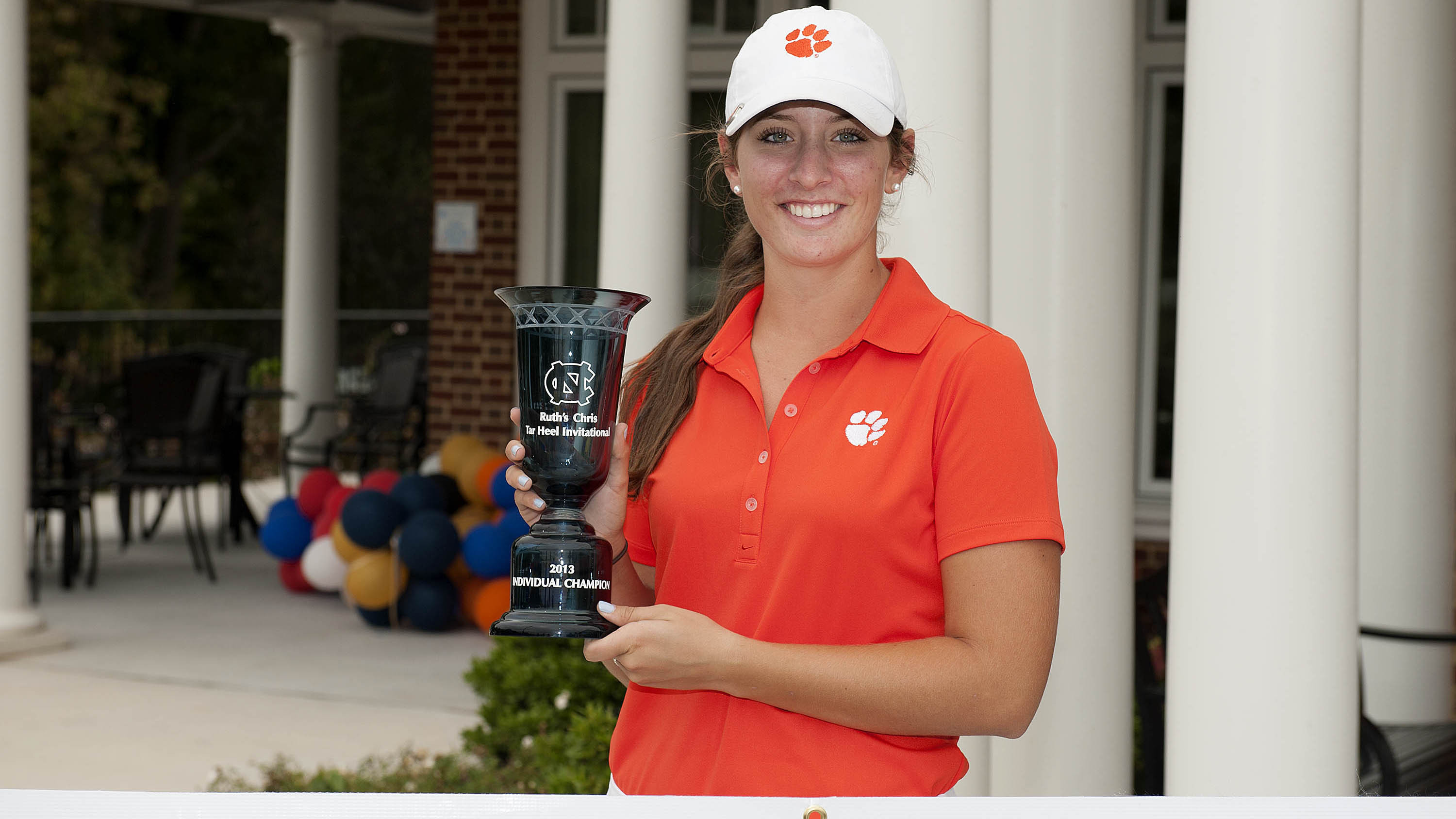 CLEMSON, S.C. – Clemson freshman Ashlan Ramsey will turn professional at the end of the 2014 season.  Head Coach J.T. Horton made the announcement Tuesday night. Ramsey is the number-one ranked amateur in the world according to GolfWeek, a ranking she has held since last summer. “Ashlan’s success the past 12-18 months as an amateur and collegiate player speaks for itself,” said Horton.  “She has a tremendous work ethic and passion for the game. We will hate to lose Ashlan as part of our program. She has been a great leader in several areas within our team. “Playing professional golf has long been a big dream for Ashlan. I know she is excited for this opportunity, and we wish her nothing but great success in the future. She has been an instrumental part in helping make the Clemson Women’s Golf program what it is today. She will have a wonderful career and we are proud she chose to be a part of the Clemson Family.” Ramsey leads the Clemson team in stroke average with a 72.15 figure through nine tournaments.  Clemson will begin play in the ACC Tournament in Greensboro on Thursday.

She has six top 10 finishes in her nine tournaments, including medalist honors at the Lady Paladin Invitational and the Ruth’s Chris Tar Heel Invitational. She was a runner-up at the Cougar Classic and the Bryan National Collegiate and finished third at the Florida State Match-up.   The Georgia Player of the Year by the GSGA for 2013 has had considerable international experience over the last year.  Ramsey represented the USA at the Spirit International, played for her country at the Junior Solheim Cup twice, and will be one of eight women on the United States Curtis Cup Team in June.   “I have grown to love all of my teammates like sisters,” said Ramsey.  “Because we spend so much time together, we are like family. That is why today is bittersweet for me to announce that I am turning pro after the Curtis Cup match and will not return to Clemson next year.  All I have ever wanted to do is be a professional golfer.  As much as I love Clemson University, I have not been able to push those dreams aside.   “I hope that I have helped set a standard for all the girls that will come to Clemson in the future.  My time at Clemson has been everything I dreamed it would be.  I want to thank Coach Horton and Coach (Janine) Fellows for supporting me in my decision and I want to thank the Clemson Nation for making my college experience a special one.”