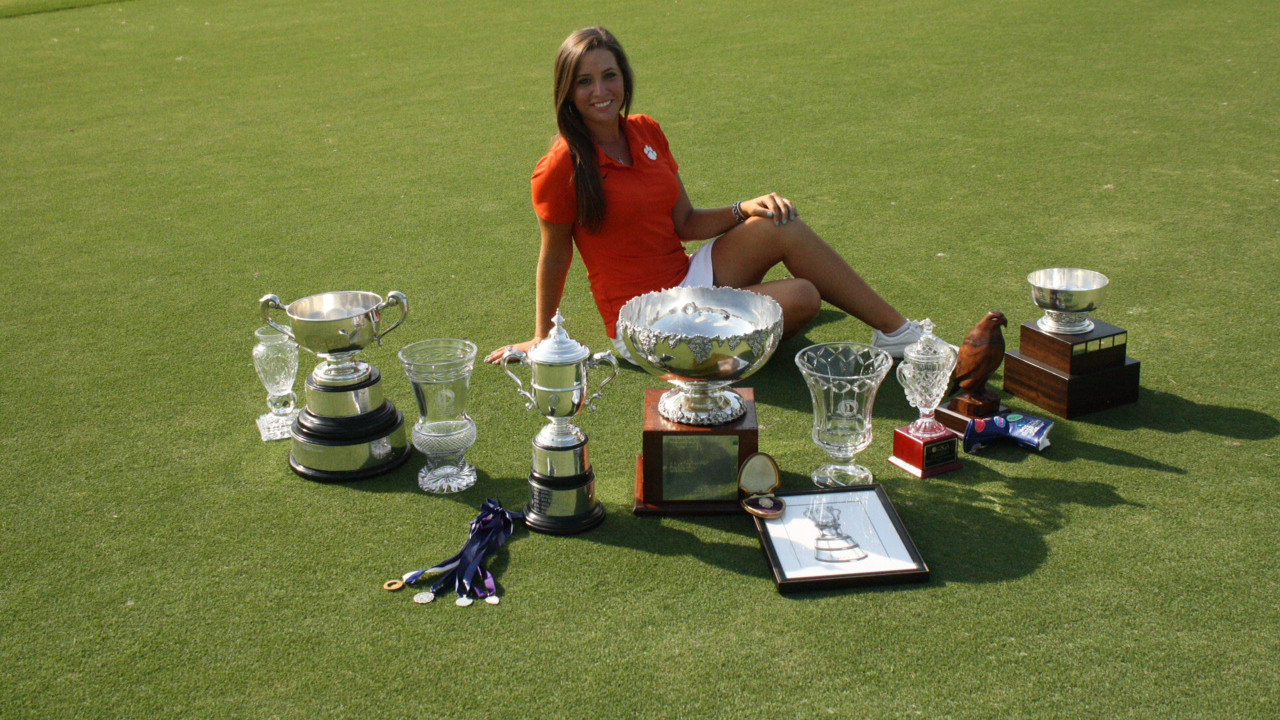 CLEMSON, SC – Clemson freshman Ashlan Ramsey is ranked as the number-one women’s amateur golfer in the world according to Golfweek rankings released on Tuesday.  Ramsey will be the leader of Clemson’s women’s golf program that will begin play at the Cougar Classic in Charleston, SC September 8.

Ramsey overtook Lydia Ko, a 15-year from New Zealand, for the number-one spot in Tuesday’s rankings.  Ramsey is ranked first with 5750 points, while Ko is second with 5300.  Ramsey is the only college player listed among the top four.

Ramsey has played in eight events this summer and has finished first five times, second twice and tied for fifth once.  She won the Georgia Amateur Match Play and the Georgia Amateur in terms of stroke play.  She also won the Western Amateur and the Eastern Amateur.  She was also the medalist at the US Amateur qualifier as listed above and finished second at the Trans America Amateur.

Ramsey made a 10-foot putt for birdie on the 17th hole to put the US up by one hole.  But Pedersen responded with a birdie on the last hole for Europe to halve the match.