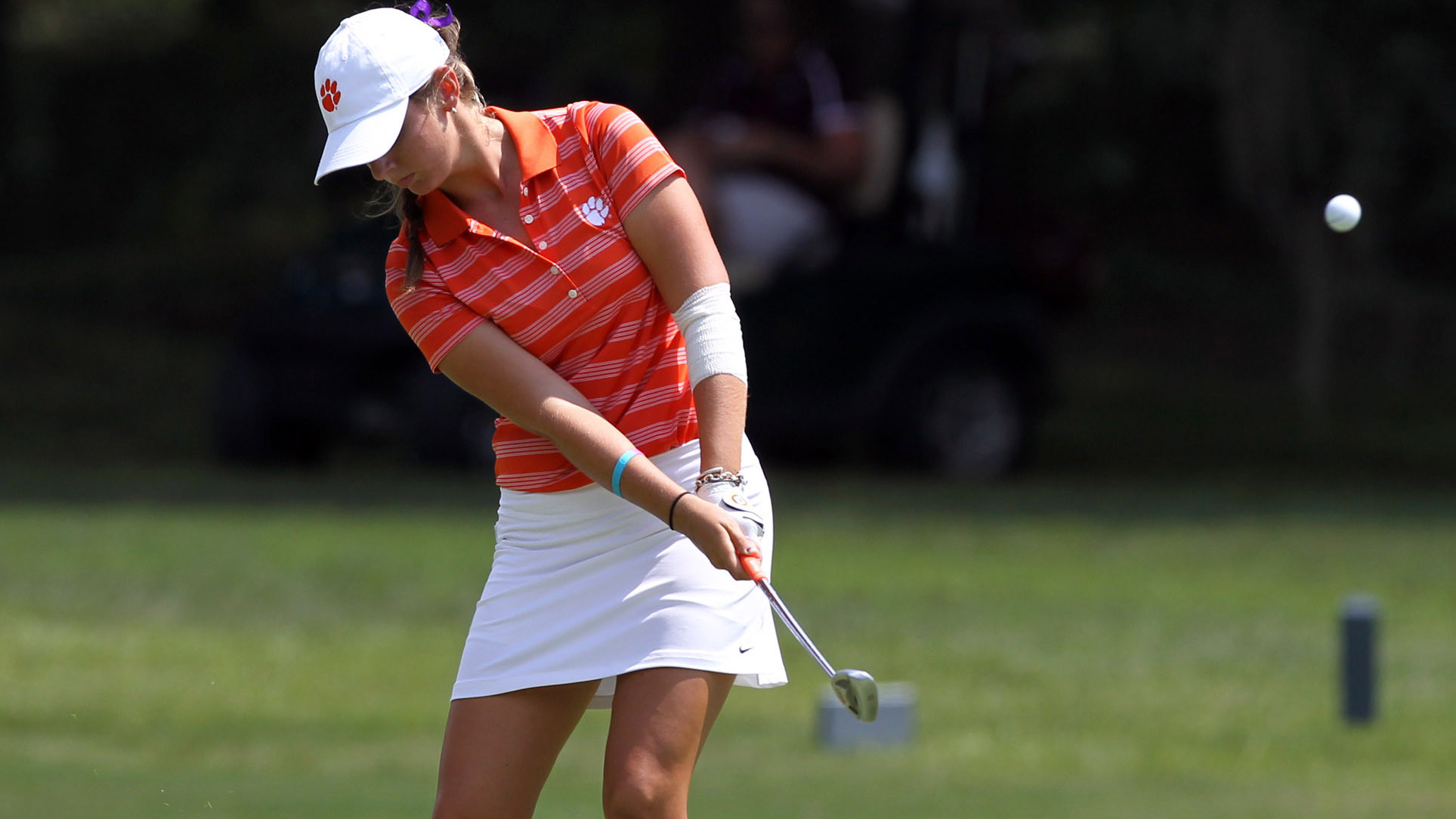 CLEMSON, S.C. – Former Clemson golfer Ashlan Ramsey posted a 1-1-1 record over the weekend to help the United States to a 13-7 victory over Great Britain and Ireland in the 38th Curtis Cup.  The event that was held at St. Louis Country Club in St. Louis, Missouri, is held every two years and features the top women’s amateur players from the United States against amateurs from Great Britain and Ireland.

Earlier this spring Ramsey, a freshman at Clemson this past year, announced she would turn professional after the Curtis Cup. Sunday, Ramsey finished her amateur career with a 1-up loss to Gemma Dryburgh or Great Britain and Ireland.  Dryburgh made a 30 foot birdie putt on the last hole to close out the match.

Earlier this weekend, Ramsey competed in a pair of foursomes matches.  Saturday she teamed with Alison Lee to defeat Charlotte Thomas and Dryburgh 2 and 1, and on Friday teamed with Lee to halve a foursomes match against Stephanie Meadows and Georgia Hall.