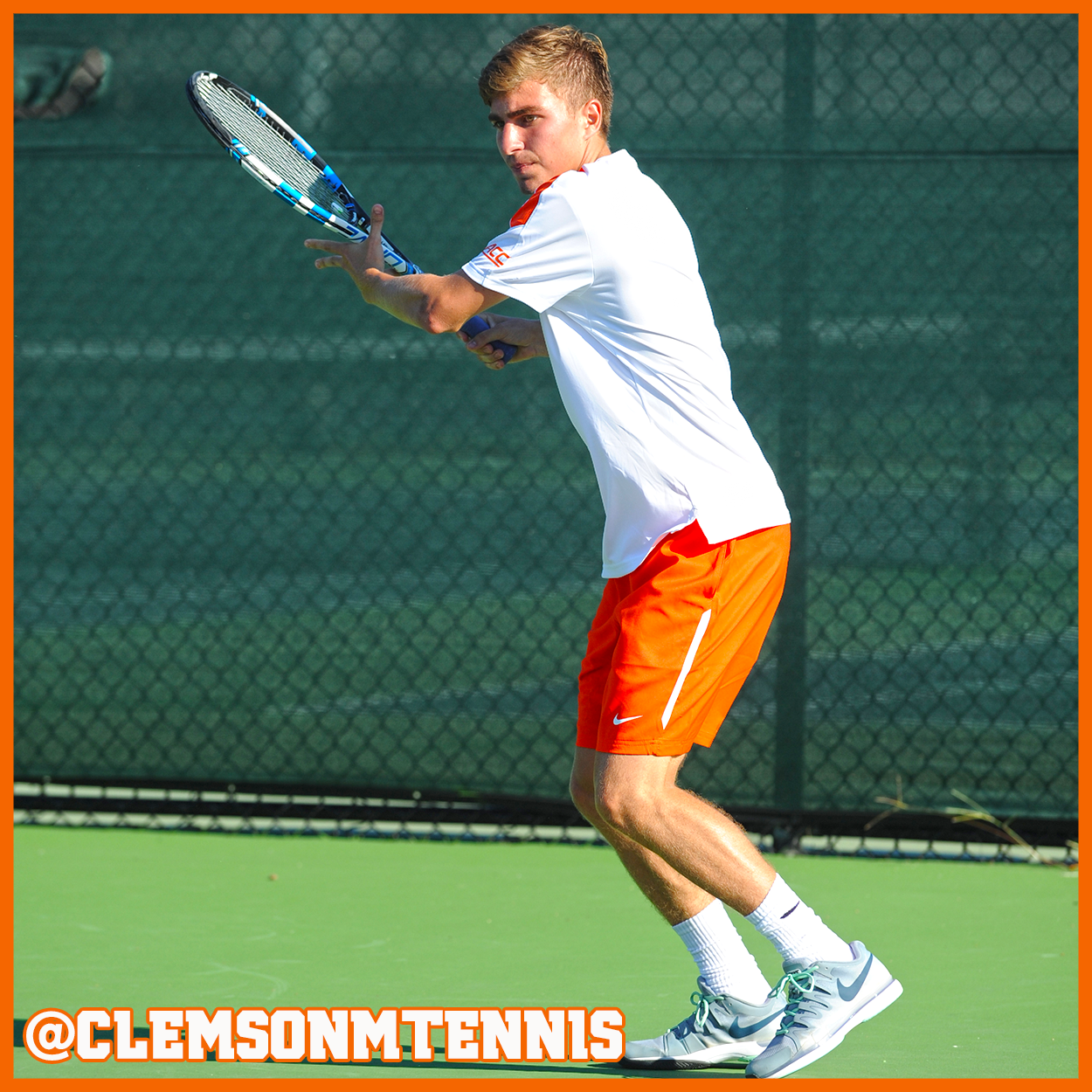 Ryan McMullan, from nearby Walhalla, SC., will begin his junior season of collegiate tennis action when the Clemson men’s tennis team opens the spring season on Saturday, Jan. 16 against Mercer in Charlotte, N.C. Prior to arriving in 2013 for his freshman year, Ryan played for Walhalla High School and was a six-time all-region player. Ryan stays busy on and off the court, double majoring in Economics and Political Science.

ClemsonTigers.com caught up with McMullan earlier this week.

Q. Why did you choose Clemson?

A. I have been a lifelong fan. Both of my parents attended to Clemson, my brother went to Clemson and my grandparents also went here. I have been going to games here for all sports since I was born.  It was a family tradition going to Clemson, so I wanted to continue the tradition.

Q. What role did the coaches have when you were deciding to play collegiate tennis?

A. They had a big role in my decision. Coach John (Boetsch) and Coach Chuck (McCuen) are great coaches. Not only are they great coaches, they are great people as well. It is nice to know they have our backs in any situation.

Q. What is it like to be a student-athlete?

A. It is really busy. There is not much free with all of our practices, studying and matches, it is rewarding because I know we are working hard to achieve a goal and get better.

Q. What do you look forward to the most this season?

A. Our ultimate goal is to always win championships, so we obviously want win the ACC. Also we would like to progress far in the national championship tournament and become a regular in the tournament.

Q. What is the one aspect of your game you worked on the most in the offseason?

A. I mostly worked on improving the mental aspect of the game, on always competing, and figuring out what my opponents’ strengths and weaknesses are to help break them down.