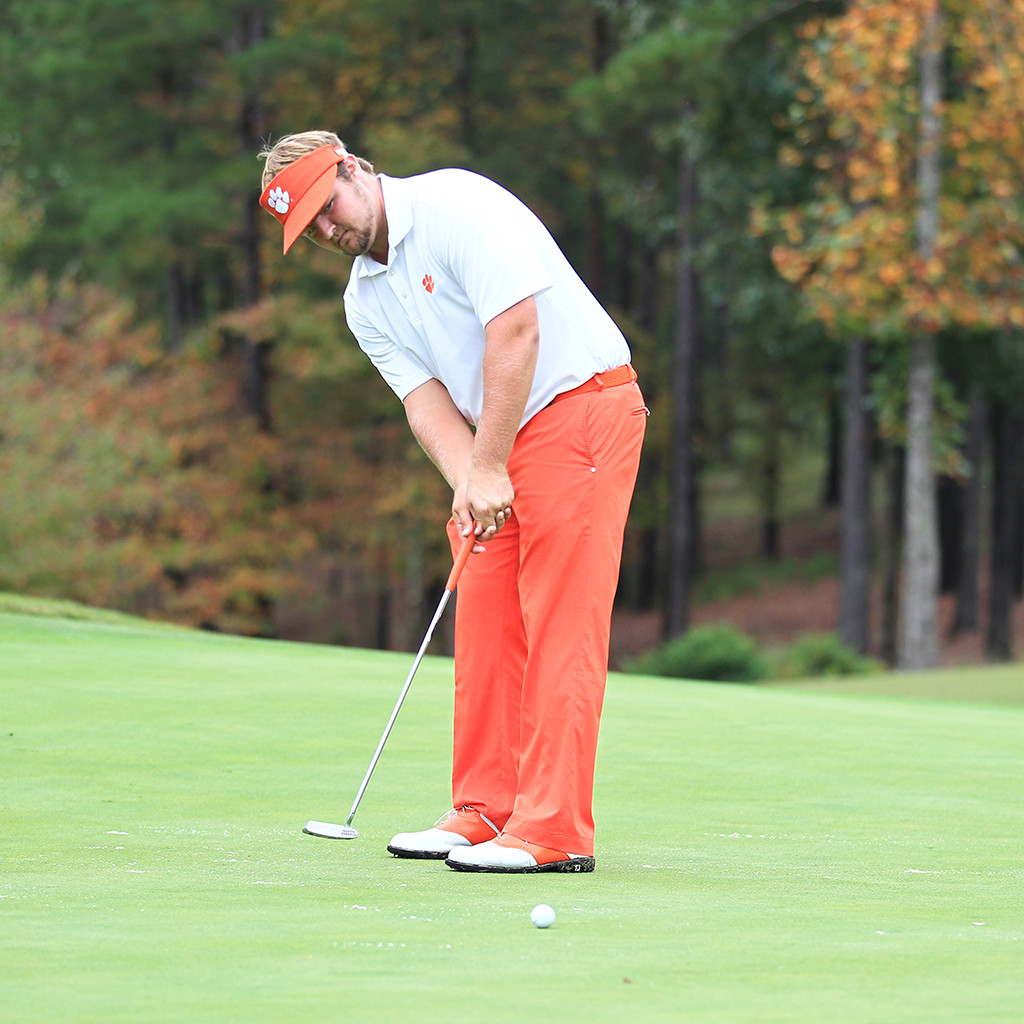 Clemson, S.C.—Clemson junior Cody Proveaux finished third among the 14 college players who competed for a spot in the Northern Trust Open College Showcase on Monday, Feb. 16.  Proveaux shot a one-over-par 73 to finish third behind Will Zalatoris of Wake Forest (67) and George Cunningham of Arizona (72).

Kevin DeHuff of Pepperdine and Lee McCoy of Georgia also had rounds of 73, while Brendon Jeffey of Oklahoma State, Byron Meth of the Pacific, Rico Hoey of Southern Cal and Brandon Mciver of Oregon, all had 74s.

This was a first or its kind event on the PGA Tour.  Proveaux joined forces with former Tiger Ben Martin in representing Clemson in the unique format.  The professional and two amateurs affiliated with the school (but not the college player), teamed up in a best ball competition and competed for the Collegiate Showcase Trophy and a donation of $50,000 to the university’s golf program.  Martin’s  Clemson team shot a 64 and finished in a tie for eighth.

Each collegiate played his own ball on the legendary Riviera Country Club course in Los Angeles that is the site of this weekend’s PGA Tour event.

“I am very proud of the way Cody played,” said Head Coach Larry Penley.  “He showed a lot of poise.  But, I am glad he will be with our team in Puerto Rico when we open the season on Sunday.”     Had Proveaux won the Collegiate Showcase he would have been given an exemption to the Northern Trust Open  and would have missed Clemson’s season opening tournament in Puerto Rico.