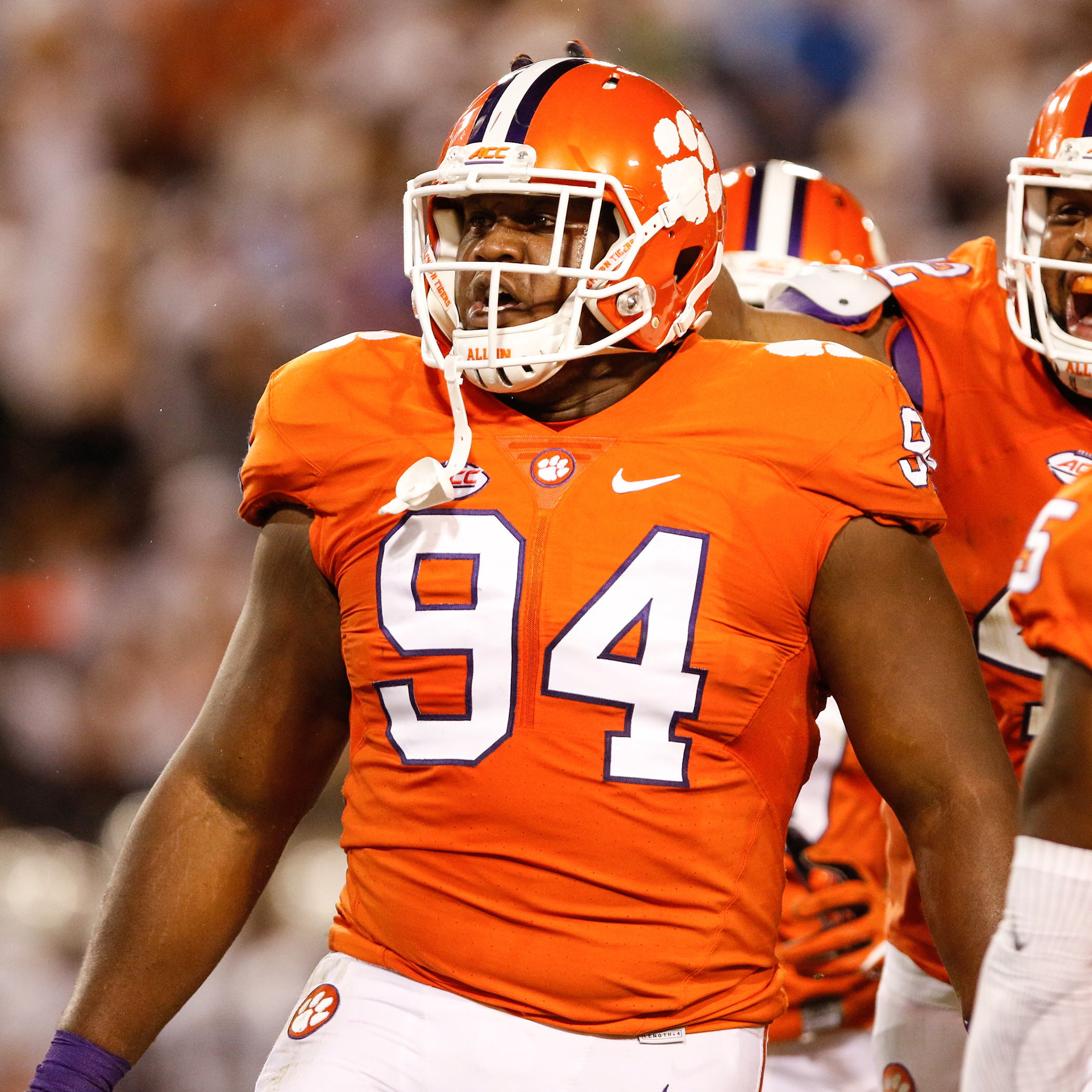 Playing With a Purpose

That “pick-six” is Watkins’ favorite moment in a Tiger uniform, but not just because it was a rare moment for a player at his position. It was especially meaningful because of a night just two years prior that changed his life forever.

“It was my sophomore year,” remembered Watkins. “I had gone home (to Mooresboro, N.C.) after a Thursday night game against NC State. I was hanging out with two of my cousins and we were about to go to a cookout. But on our way to the cookout, it had been raining and we were making a turn when the car started spinning out of control.”

The car collided with and knocked over a telephone pole, part of which ended up covering Watkins’ legs and rendered him temporarily immobile. The impact also caused his cousin in the back seat to sustain a fatal spinal injury. It was a tragic sequence of events that Watkins will never forget.

“It’s definitely changed the way that I live,” said Watkins. “My cousin who passed away in the accident was the one who told me that I had a chance to change my life with football. He believed in me, so I play for him.”

Watkins knew that continuing his football career was one of the best ways to honor his cousin, and that is another reason why his touchdown two years later was such an important moment in his Clemson career…it happened on what would have been his cousin’s birthday.

“The biggest lesson that I learned from that whole experience is that you really have to enjoy life, as I say it,” he said. “You never know when your time is coming.

“I also learned how to face adversity. That was one of the toughest things I’ve had to go through, but I learned that what doesn’t break you only makes you stronger. I use that as motivation. I could’ve easily quit playing football or lost my way, but you really have to have a strong mind to get through something like that.”

A strong mind was definitely required for Watkins to get himself back on the field, as he came away from the accident with what he described as “a big hematoma” in each leg. His future in the game was uncertain, but he credits the people who were around him at Clemson, like former Tiger D.J. Reader, for getting him through the trying time, both physically and mentally.

“The recovery was tough,” admitted Watkins. “But the training staff really helped me recover. My teammates pushed me through it as well. Just loving football, I really wanted to get back out there and play as quickly as possible.

“The wreck happened after the third game of the season, so I wanted to get back. The love of the game and having great people surround me really helped me through that tough time.”

During the recovery process, Watkins also had the support of his parents and hometown, two sources of encouragement that have had a major influence on his life.

“My parents and my hometown have really been there for me. There have been a lot of prayers and motivational messages sent from people in my hometown. They’re behind me. Something like that is the reason why I play…for their support.”

He came back for the 2014 season and played 11 games as a reserve defensive tackle and had 13 tackles. In 2015, the Tigers had lost three defensive tackles to the NFL, and it was time for Watkins to step up. He did, starting 14 games for the 14-1 Tigers. He had 69 tackles, eight tackles for loss and was named First-Team All-ACC. Perhaps his biggest moment of 2015 came against No. 6 Notre Dame, when he was in on the goal-line stand that preserved the 24-22 win.

Watkins’ hometown means so much to him, and that has allowed him to make his comeback. In fact, it is that part why he chose to become a Tiger in the first place. He has always enjoyed the family atmosphere that characterizes the Clemson community.

“I’m from a small town, and this is like a small town, so it feels like being at home to me. I came down and visited the coaches before committing, and it’s a family-based atmosphere. Everyone treats you like family down here. And the ‘Valley’ is great on gamedays.”

Now in his fifth and final season in Tigertown, it is the people Watkins has encountered and formed bonds with during his Clemson experience that have defined his time here, and he is thankful for everything they have done for him along the way.

“Looking back, being at Clemson has been the best,” reminisced #94. “I’ve played with a lot of guys who have gone on and done great things, and now we have new guys coming in ready to do the same thing, so it’s really been special. You get to meet a lot of people who you will know forever. It’s a brotherhood. It’s been really special, so I hope I can end it the right way.”

For Watkins, ending it the right way means, “playing hard, giving great effort and being a leader.

“But the main thing is that I would like to always be remembered as a Clemson Tiger.”