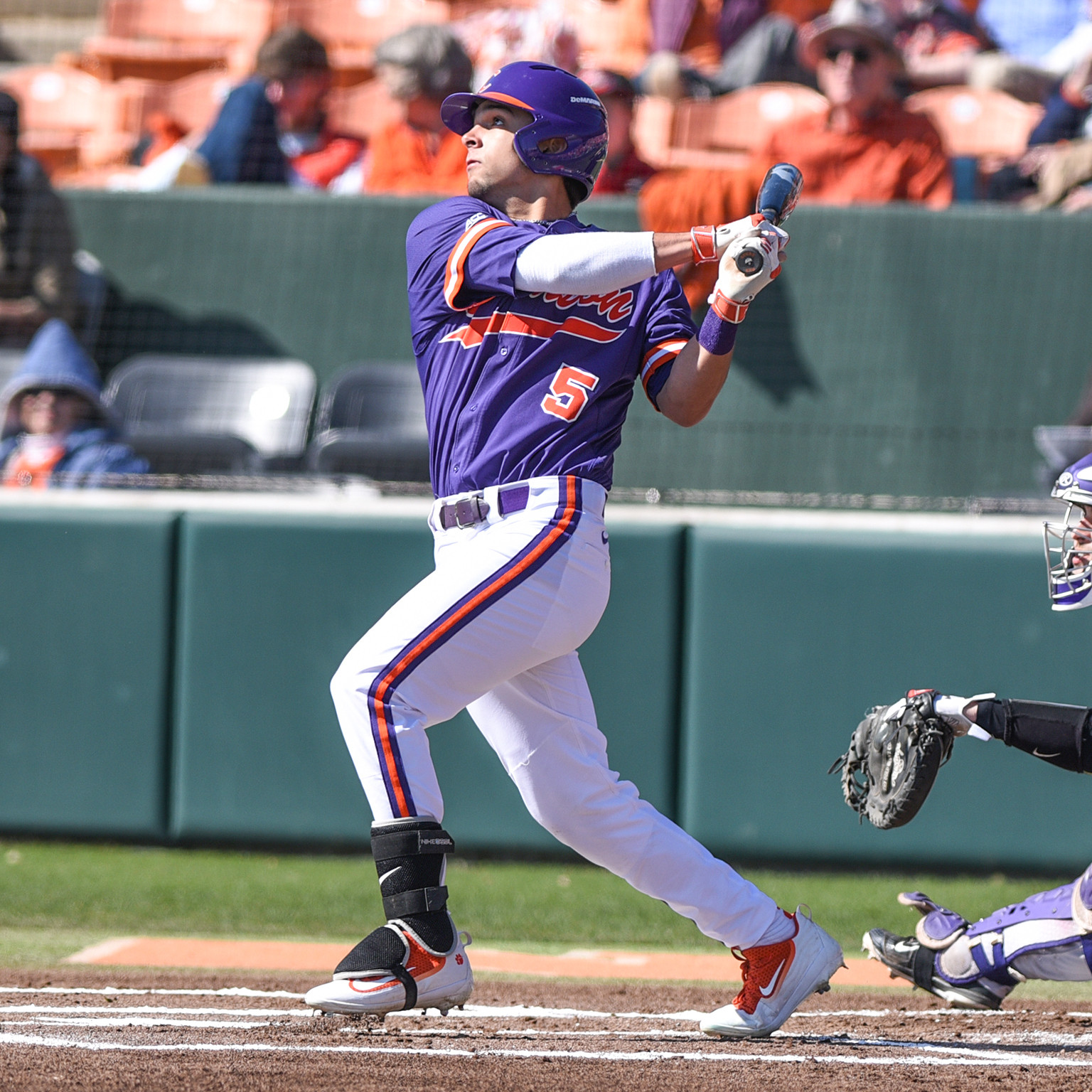 Before the 2016 season started, if you had told Chase Pinder, better known as “Poody” to his brothers and teammates, that he would be leading the team in home runs after 11 games, he probably would not have believed you.

“We have some power guys out there in (Seth) Beer and (Chris) Okey, so I don’t know if I’d necessarily believe the home run part,” expressed the sophomore center fielder. “But I always want to have confidence in myself and play with the best of players, and I believe like I can compete with anyone.

“I’m not a power hitter,” he added with a smile. “I just put a good swing on the ball, and I can pull it out…but I can’t go opposite.”

The Poquoson, Va., native is no stranger to success on the diamond. One of his older brothers, Chad, is a shortstop in the Oakland Athletics farm system and was named the organizational player-of-the-year in 2015.

“I look up to my brother. He’s one of my biggest role models aside from my dad, and I go to him with everything. He’s a really good player, but he’s even better with the mental side of the game, especially with me. I’m so happy for him and I hope that I can follow in his footsteps in that way one day.”

Chad attended Virginia Tech for college, and as such, Chase said that his own final decision came down to the Hokies and Tigers.

“It was between Virginia Tech and Clemson, and it was a really close battle between the two schools,” he admitted. “I decided I wanted to do something different, and I didn’t want to follow in my brother’s footsteps. I paved my own path.

“I wanted an opportunity to play at the highest level. Clemson gave me the best opportunity to succeed, and I feel like I’m taking advantage of what I’ve been given here.”

During his freshman season in 2015, Pinder was limited due to a shoulder injury, but he is playing up to his full potential this spring. He is hitting .368 with four homers, 12 RBIs and a team-tying-hgh .500 on-base percentage as Clemson’s leadoff batter. He also received the Bob Bradley Award as Clemson’s MVP of the three-game series against No. 18 South Carolina in early March.

“It feels awesome to finally be healthy again,” said Pinder, who sat out the entire fall recovering from the injury. “I had surgery 46 games in last year, but I had torn up my shoulder before that, so I never got the real experience of playing fully healthy. I had to wear shoulder braces every game. Now, playing without a shoulder brace and being able to play to the best of my ability is so relieving. I’m thankful for that.”

After playing a key role in the walkoff win against Winthrop on Wednesday, Pinder is “energized” going into ACC play this weekend, and he is confident he will continue to contribute positively as the season progresses.

“I love what we’re doing here,” he said. “I love the tweaks that have been made. I think it’s helped us not only gel together, but the mental side of the game for me is so much better this year. When I get two strikes, I have no worry in my mind. I know I can get it to a full count and work into something and make something happen.” 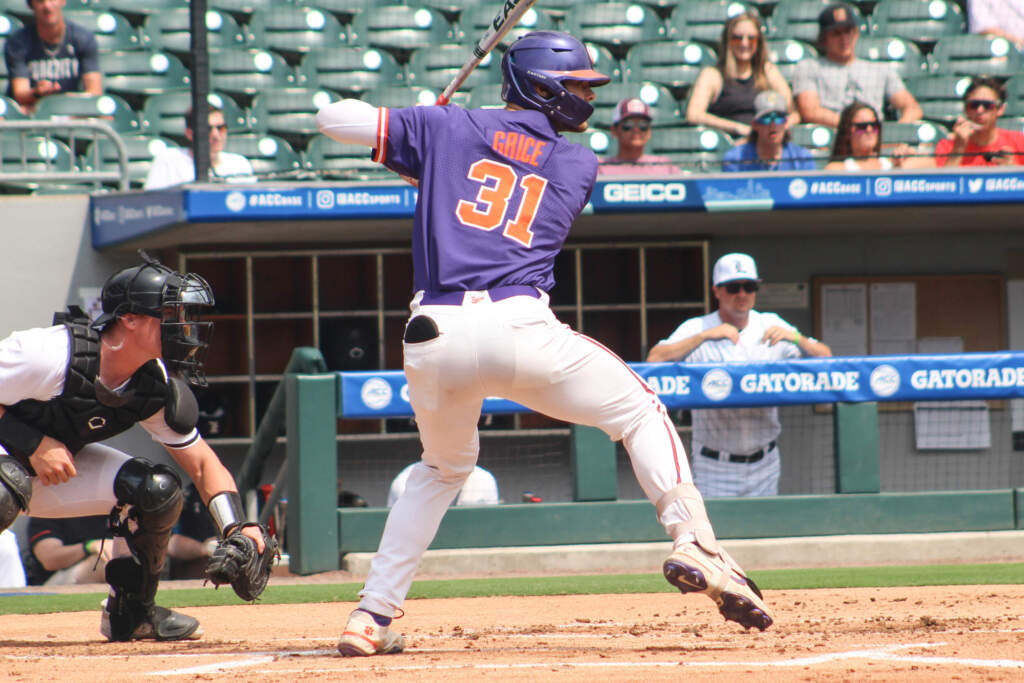 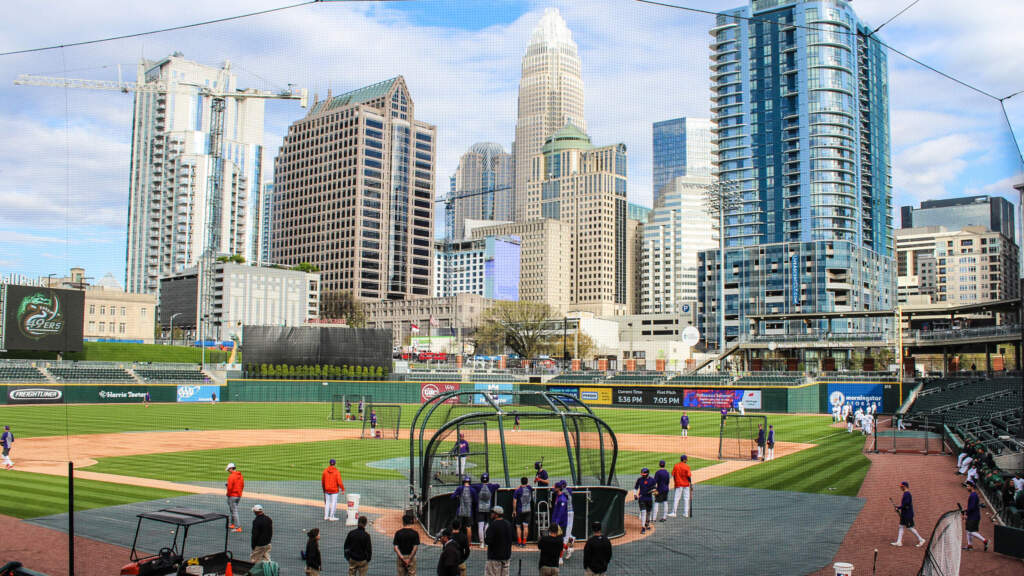