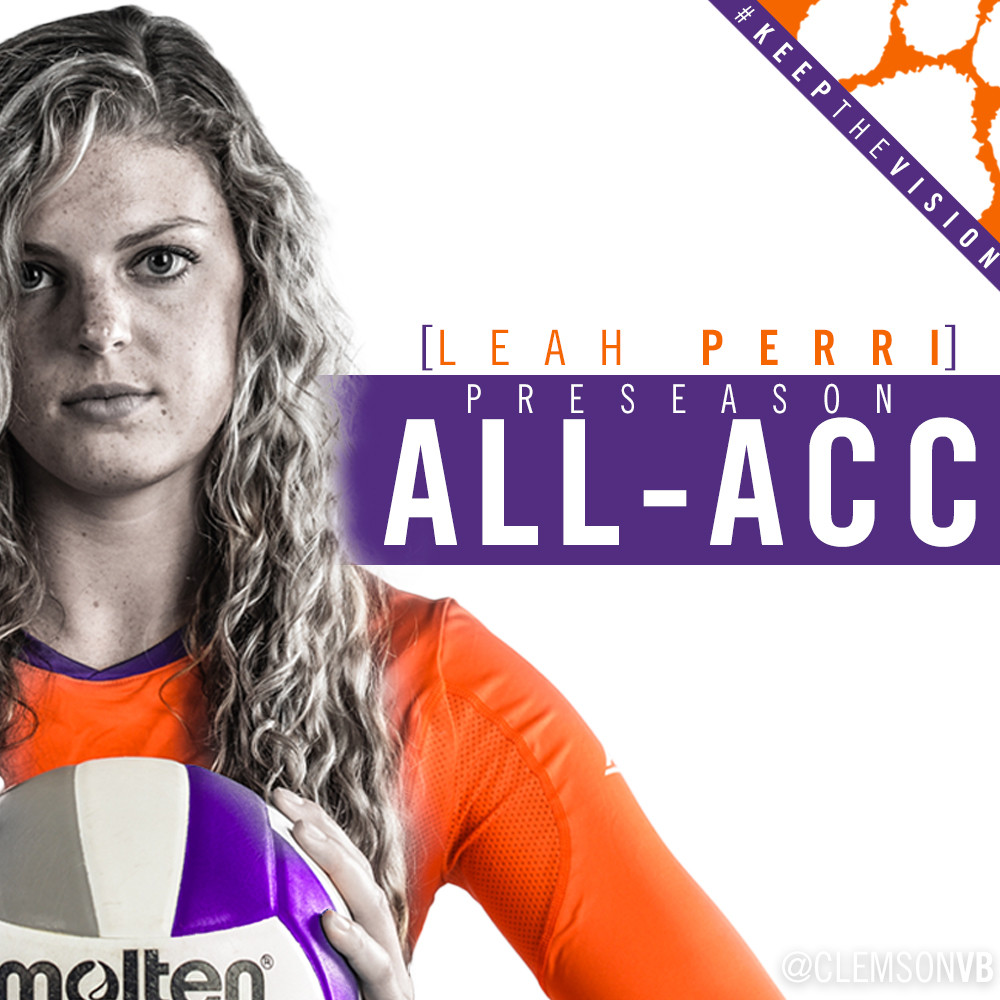 “We’re very happy to see Leah get recognized by our conference coaches,” said head coach Hugh Hernesman. “She had a tremendous year last year and carried an awfully big offensive load for us, so I believe this is well-deserved. Leah had a great spring and is in the best shape of her life heading into this season. We have every reason to believe that Leah will elevate her play even more in 2016.”

The highlight of her junior campaign came on November 11, when the Richland, Mich., native threw down 20 kills, complemented by 19 digs en route to a 3-1 victory over Georgia Tech. The performance was a monumental moment in Perri’s collegiate career as she earned her 1,000th career kill. She enters the 2016 season with 1,065 kills in three seasons as a Tiger.

Perri and the Tigers begin their season with the Big Orange Bash on August 26. Clemson will host William & Mary in the season opener at 7:00 p.m.