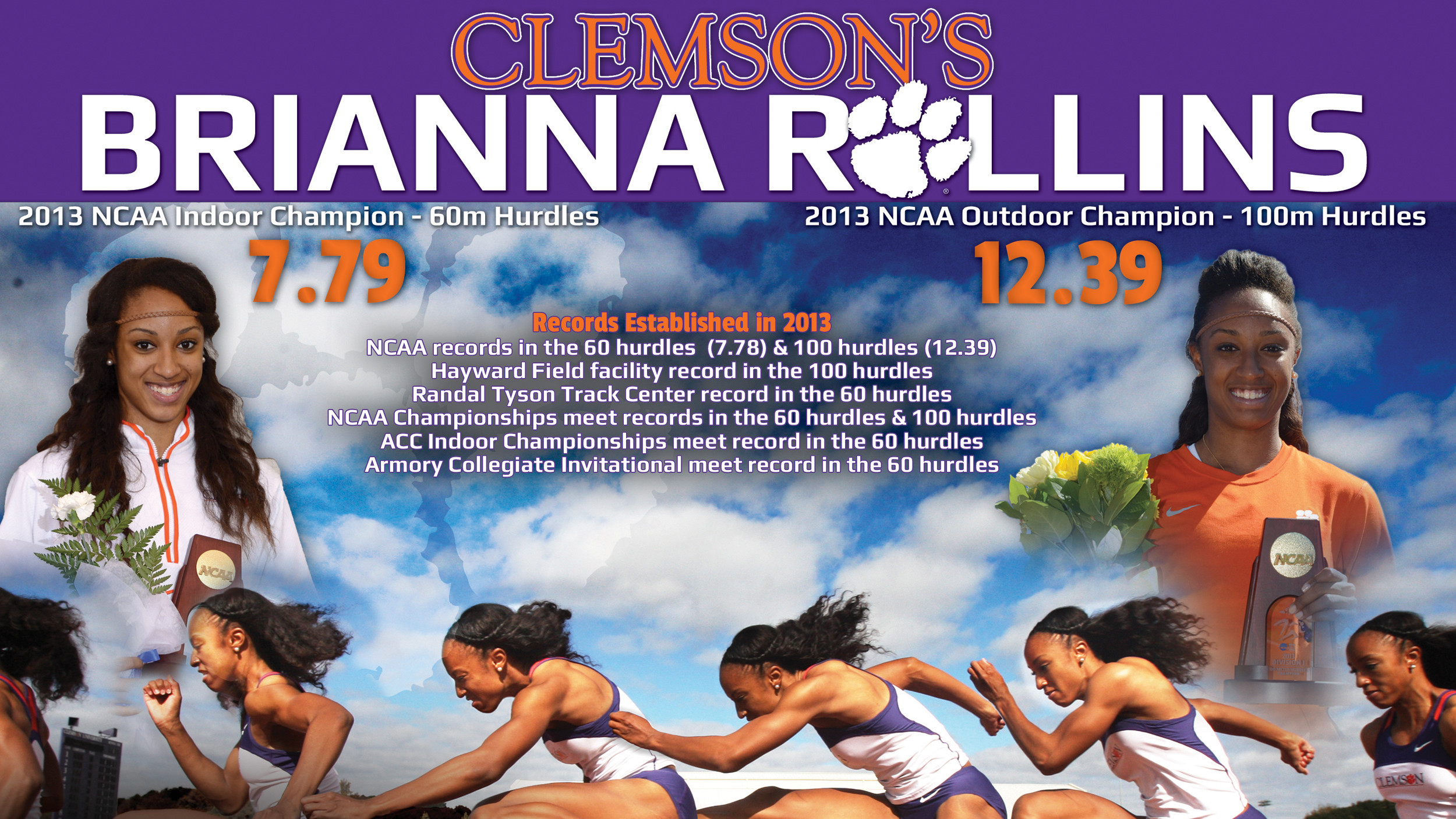 CLEMSON, SC – Fan voting for the top award in collegiate track & field – The Bowerman – is now available online. Voting will take place at TheBowerman.org through Tuesday, August 13. The results of the online fan vote will account for one full vote in the overall balloting process. Former Clemson hurdler Brianna Rollins, the 2013 NCAA Indoor and Outdoor Champion in the high hurdles, is one of three finalists on the women’s side.

When lacing votes, fans should only consider performances that occurred during the collegiate season through the NCAA Outdoor Track & Field Championships. Tiger fans are encouraged to follow @TheBowerman on Twitter and use the hashtag #VoteRollins to spread awareness to the online voting.

Paper balloting by The Bowerman Advisory Board, past winners, selected media personnel, statisticians and collegiate administrators is also underway. An independent accounting firm will collect, tabulate and certify final results and will keep the result secret until the envelope is opened at The Bowerman ceremony on Dec. 18 in Orlando, FL.

All three women’s finalists set NCAA records in 2013. Arizona’s Brigetta Barrett and Stanford’s Kori Carter are the other finalists alongside Rollins. Barrett won indoor and outdoor high jump crowns, setting a collegiate record in the latter. Carter won an NCAA title in the 400 hurdles in a collegiate-record time. Rollins set NCAA standards in both the 60 hurdles (7.78) and 100 hurdles (12.39), winning national titles in both events.

Rollins is only the second ACC female in the five-year history of the award to be named a finalist. Ironically, the other was 2010 winner Queen Harrison, who trains professionally with Rollins.