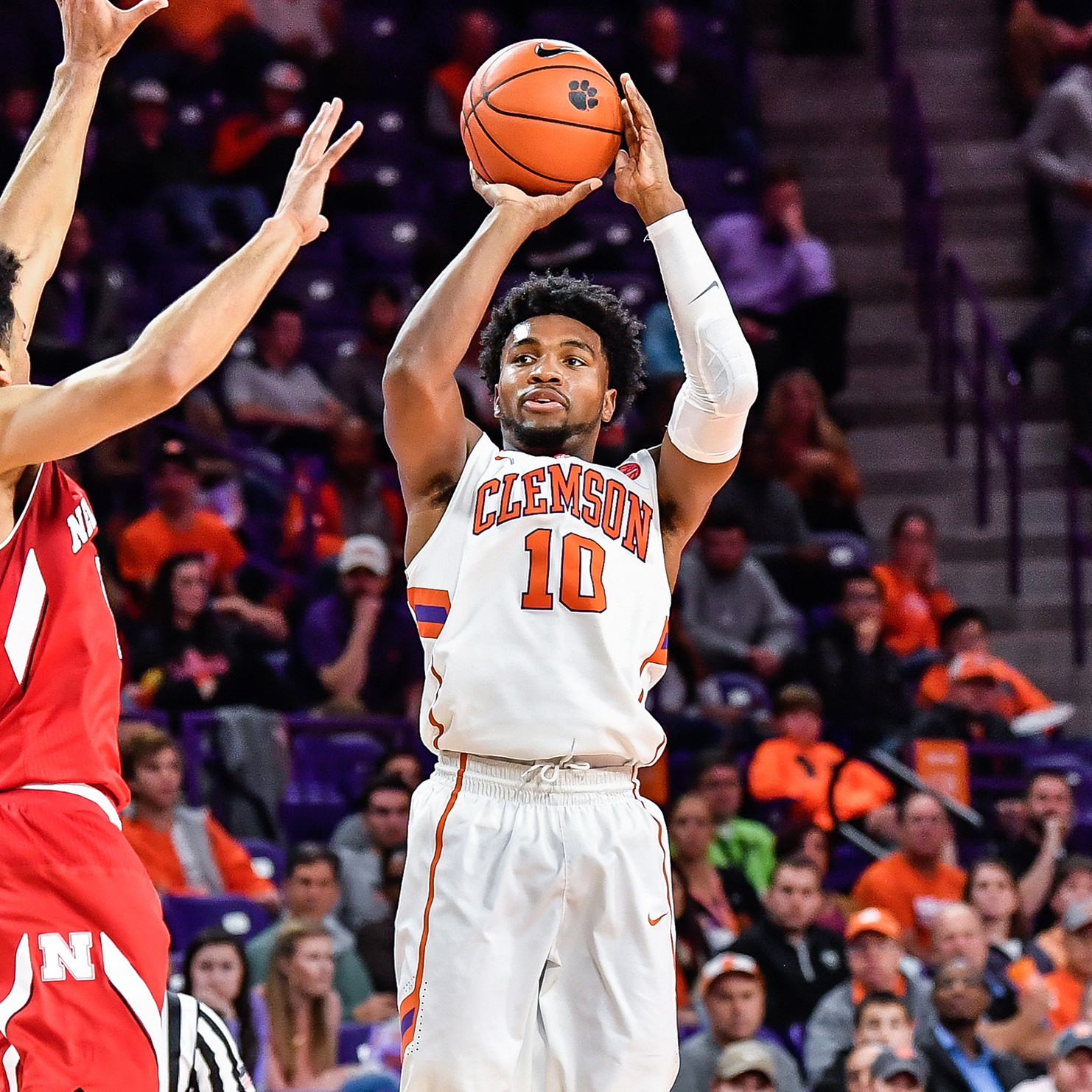 On the Hardwood & Beyond

After Gabe DeVoe hit several critical shots to help propel the Tigers to an impressive 67-54 victory over Alabama in mid December, Clemson head coach Brad Brownell said this to reporters.

“He’s growing up. Another big step for him, making plays with his shot and with his passing.”

DeVoe, a junior shooting guard, has come into his own this season, using his trademark range from outside and playmaking ability to establish himself as one of the Tigers’ most improved players.

Despite this being his first season averaging a high number of minutes per game, DeVoe has not displayed any trepidation, playing with a full head of steam game in and game out.

Boasting the rare combination of being both a savvy and tenacious basketball player, DeVoe meshes perfectly with Brownell’s scheme and was heavily recruited for that very reason.

“When I was being recruited, I had a strong relationship with coach Brownell. Seeing him at a lot of AAU games, it was big.”

Hailing from Shelby, N.C., DeVoe was quite the prep player for the Shelby High School Golden Lions. Averaging 34 points per game as a senior, DeVoe was named as the AP Player-of-the-Year in men’s basketball for the state of North Carolina. A fierce scorer, he has a distributor’s mentality, however, epitomizing through his team-first attitude why Brownell was so keen to make him a Tiger.

A 6’3” guard who plays more like a prototypical small forward, DeVoe’s mild-mannered demeanor does not match his high-octane playing style. He is a relentless attacker and a tenacious defender. He is also one of the best rebounding guards in the ACC, serving as a force to be reckoned with around the basket, as well as on the perimeter.

DeVoe, forever a student of the game, models his style of play after notable NBA players with similar builds and on-court techniques.

“I like watching film on Baron Davis, a big-bodied guard who could really shoot the ball.”

As one of the veterans on this year’s team, DeVoe has embraced a leadership role that has gone hand in hand with his ascension in the lineup, both as a starter and as a sixth man.

“Being one of the older players, I’ve bought in to our program and what we do and what we believe as a team.”

DeVoe made a mark on the history books toward the end of his freshman season with an epic scoring barrage in front of a home crowd. With a Clemson record, in terms of points per minute output, scoring 18 points in a mere six minutes against NC State, DeVoe lit up both the Littlejohn Coliseum scoreboard and his reputation in Tigertown as a potential Clemson scorer.

Like his knack for three-point shooting, DeVoe’s leadership is a defining characteristic of his role on the squad, fitting with his aforementioned distributor’s personality.

“That’s one of those things that comes naturally for me.”

DeVoe was consistently elected as class president in middle school and high school, and was also a three-time team captain of the Golden Lions.

DeVoe has used his stoic personality and calm demeanor to help some of Clemson’s younger players better jell with the team, serving as a valuable mentor in the locker room. He is not alone, however, as the Tigers are teeming with veterans who sport a team-first mindset similar to that of DeVoe.

“We have good senior leadership, with Avry (Holmes), Jaron (Blossomgame) and Sidy (Djitte). All three are tough-nosed kids, so that permeates throughout the team.”

Now that DeVoe is an established member of the Tigers’ rotation, he is quick to credit his teammates for pushing him and making him a better player in all aspects of the game. In fact, in his opinion, the eclectic array of personalities that this season’s Clemson squad boasts is one of its primary keys to success.

“We have a lot of different personalities, a lot of people who lead in their own ways. Some are more talkative than others. Some lead more by example. Everyone is confident and knows their role on the team. And I feel comfortable in a leadership role.”

As one of the more talented, veteran-laden teams that Clemson has had in recent years, there was an understandable buzz surrounding the 2016-17 team entering the season, and the diverse set of skills that DeVoe brings to the table is one of the reasons why.

Unsurprisingly, the ever-humble DeVoe attributes that to the Clemson coaching staff, which is a testament to the close bond that he shares with the men whom he considers mentors.

“My playmaking ability,” stated DeVoe when naming the different aspects of his basketball career and life that Brownell and the rest of the staff have had a major hand in improving. “Confidence…I think that’s one of the biggest things from year to year. My confidence keeps improving, and I now believe that I belong in the ACC.”

A cold-blooded shooter, DeVoe fully showcased that he does indeed belong in the ACC when he sunk a game-tying three-pointer in front of a deafening crowd at the Carrier Dome last January. Coming with mere seconds remaining in regulation, the clutch shot pushed the Tigers’ in-conference clash with the Orange to overtime. One of Clemson’s most impressive wins of the season, the Tigers stunned Syracuse on the road, using the momentum garnered from DeVoe’s late-game heroism to come away victorious in overtime. The confidence that DeVoe considers a driving force behind his basketball career is another one of his many glowing attributes that meshes so well with Brownell’s system, a system that DeVoe has become comfortable in.

Like most great college athletes, DeVoe has chosen to embrace the tutelage of his coaches, viewing them just as much as life coaches as basketball instructors.

“They’ve been there for me. They want the best for their players on and off the court. Our coaches do a great job of not only helping us become better basketball players, but making sure we become better men.”

DeVoe is one of a kind, serving as a standout on the hardwood, in the classroom and throughout the community. A leader through and through, DeVoe makes those around him better, indicating that nothing in life is impossible for the 21-year-old from Shelby.

On the hardwood and beyond, DeVoe is a model of excellence and is also, without a doubt, the ultimate epitome of what it means to be a student-athlete at Clemson University.