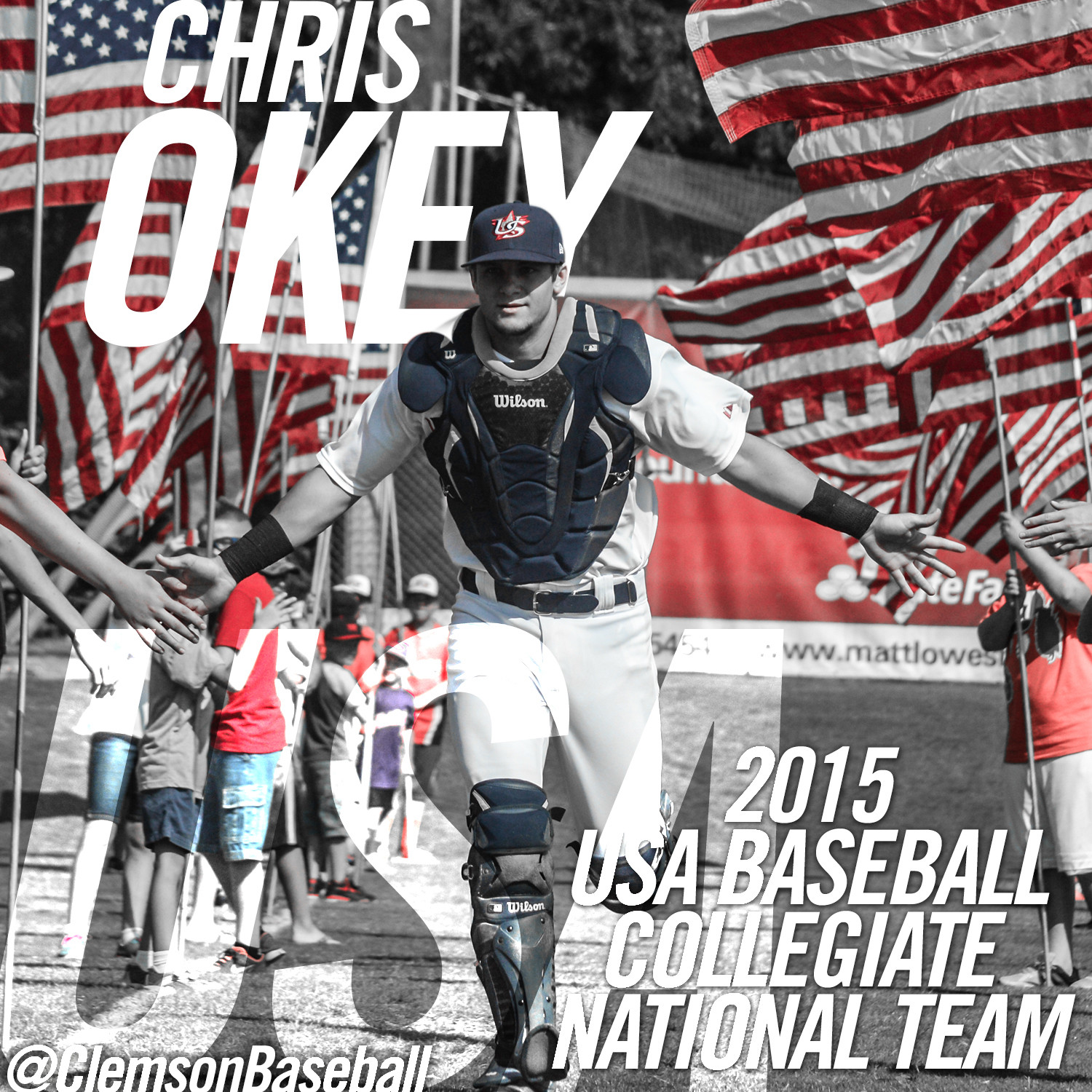 In 2015, his sophomore season at Clemson, he was named First-Team All-ACC, becoming the first Tiger to earn first-team honors as a catcher since 1997 (Matthew LeCroy). Okey is hitting .320 with 16 doubles, 12 homers, 55 RBIs and a .391 on-base percentage in starting all 59 games at catcher.

Okey played for the USA Collegiate National Team in the summer of 2014, when he hit .286 with four doubles, one homer, six RBIs and a .407 on-base percentage in 22 games. He was second on the team in on-base percentage and fourth in batting average. He also went 2-for-3 with two RBIs to lead the team to victory in the gold medal game in The Netherlands, where he was named “Mr. Popular.”

During two of his summers after his prep seasons at Eustis High School, Okey played on the USA 18U National Team for two gold-medal-winning squads.