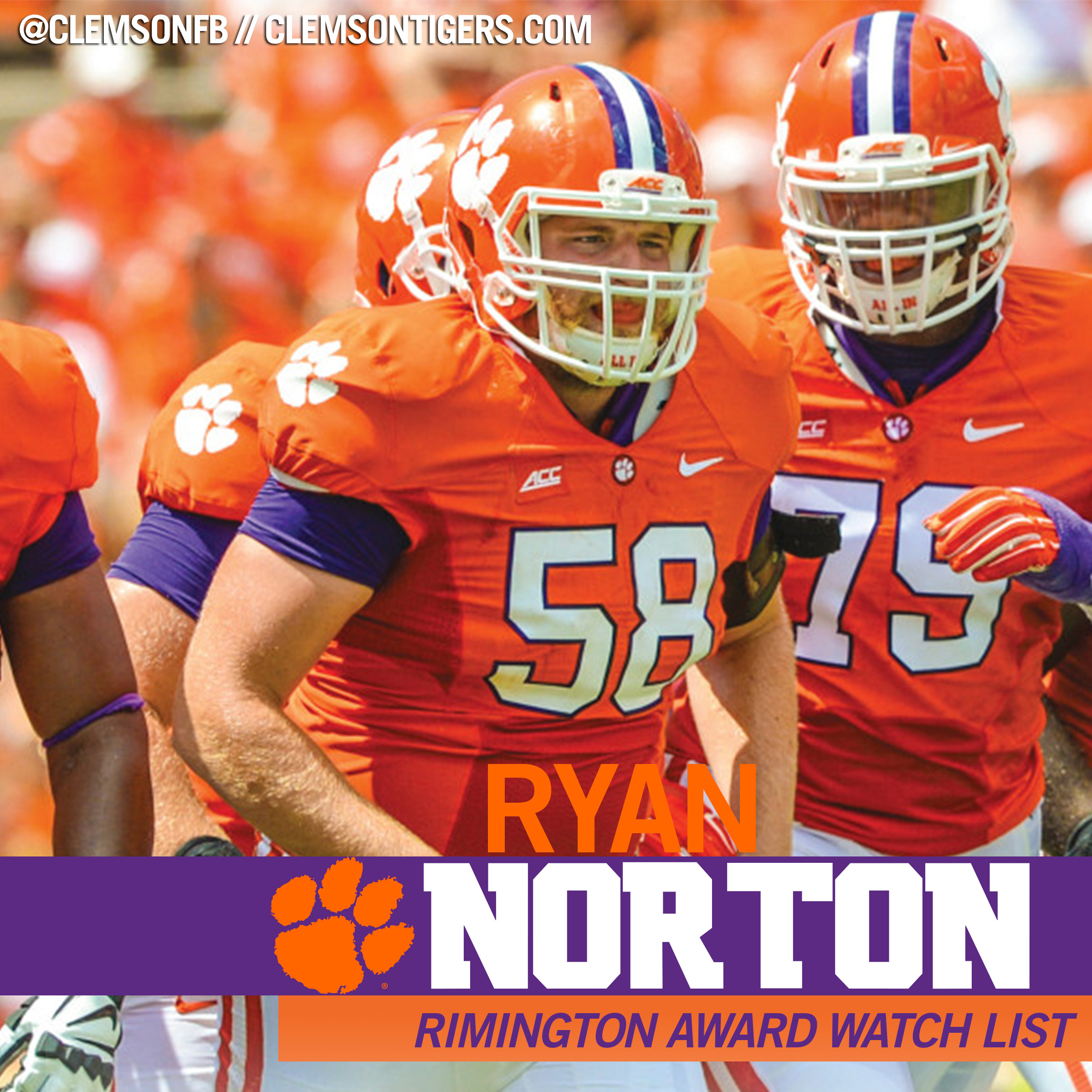 Clemson, S.C.—Clemson center Ryan Norton is one of four ACC players named to the 2015 Rimington Trophy Spring Watch List.  The award honors the top center in college football each year.

Norton earned his undergraduate degree from Clemson earlier this month and will be a graduate student when he is under center when the Tigers take on Wofford to open the season on September 5.

The native of Simpsonville, S.C. is a veteran of 38 games over the last three years, including 24 as a starter.  He has played 1,855 career snaps and has 49 knockdown blocks.  He started 11 games last year and played 737 snaps.

Norton has been a big reason Clemson has won 32 games and finished in the top 15 of the final polls over the last three seasons.   This is the second straight  year he has been a Rimington Award Watch List member.

The other ACC centers on the Rimington Award Spring Watch list are Freddie Burden of Georgia Tech, Lucas Crowley of North Carolina and Alex Officer of Pittsburgh.