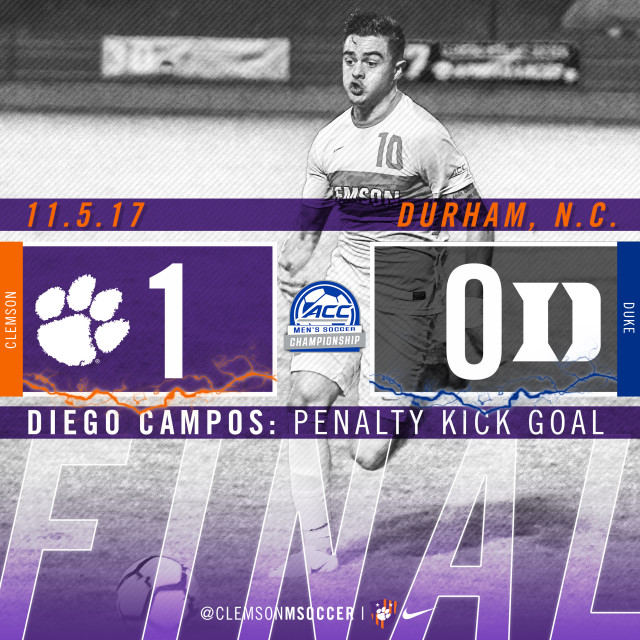 No. 9 Clemson Tops No. 11 Duke in ACC Quarterfinals

Ximo Miralles had four saves for the Tigers in the first half, and the two teams went into the break knotted at 0-0. Diego Campos broke the scoreless tie in the 58th minute, earning a penalty kick after being brought down in the box and sending it past an outstretched Will Pulisic. It was Campos team-leading 10th goal of the year and 5th game-winning goal, a mark tied for first in the conference.

“Win and advance…that’s the name of the game,” head coach Mike Noonan said. “It wasn’t our best performance, but that’s because credit goes to Duke. They played extremely hard and very well and took us out of some of the things that we like to do. But it was a deserved penalty, and Diego buried it, and we’re moving on.”

Clemson goes back on the road to face No. 1 Wake Forest in the semifinals of the ACC Tournament in Winston-Salem, N.C. on Wednesday at 7 p.m.