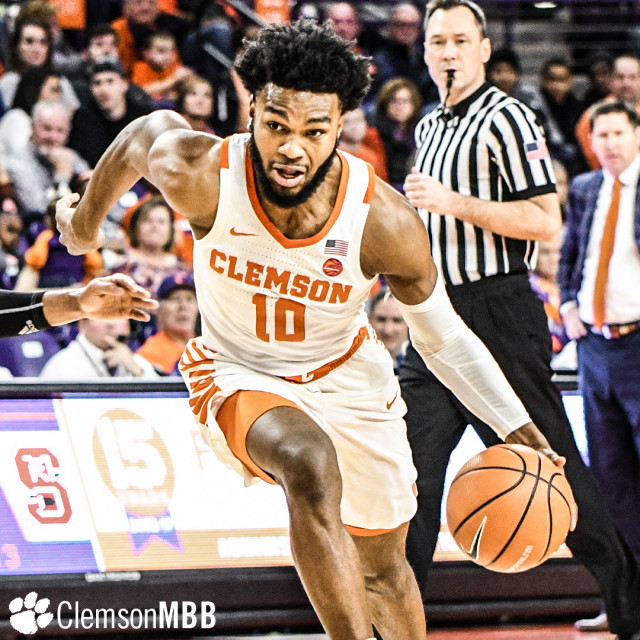 TIGER TRACKS
• The Tigers entered the AP Top 25 poll (No. 25) for the first time since the 2009-10 season. Clemson is also ranked in the USA Today Coaches Poll at No. 25.
• Clemson’s RPI checks in at 10th nationally. Four teams from the ACC are ranked in the top 10.
• Coach Brownell (137 victories at Clemson) is one win shy of tying and two shy of passing Oliver Purnell for the third most wins at Clemson.
• Donte Grantham became just the sixth player in Clemson history to amass 1,000 points, 500 rebounds and 200 assists in a career.
• He is also just the sixth player in program history to finished a game with at least 20 points, 10 rebounds and 5 assists.
• The 20-10-5 club is an exclusive one. Grantham joins Larry Nance, Vincent Hamilton, Horace Grant, Elden Campbell and Sharone Wright.
• Those previous five are in the Clemson Hall of Fame and members of the Centennial team chosen in 2012. Four of the five were first-round NBA selections.