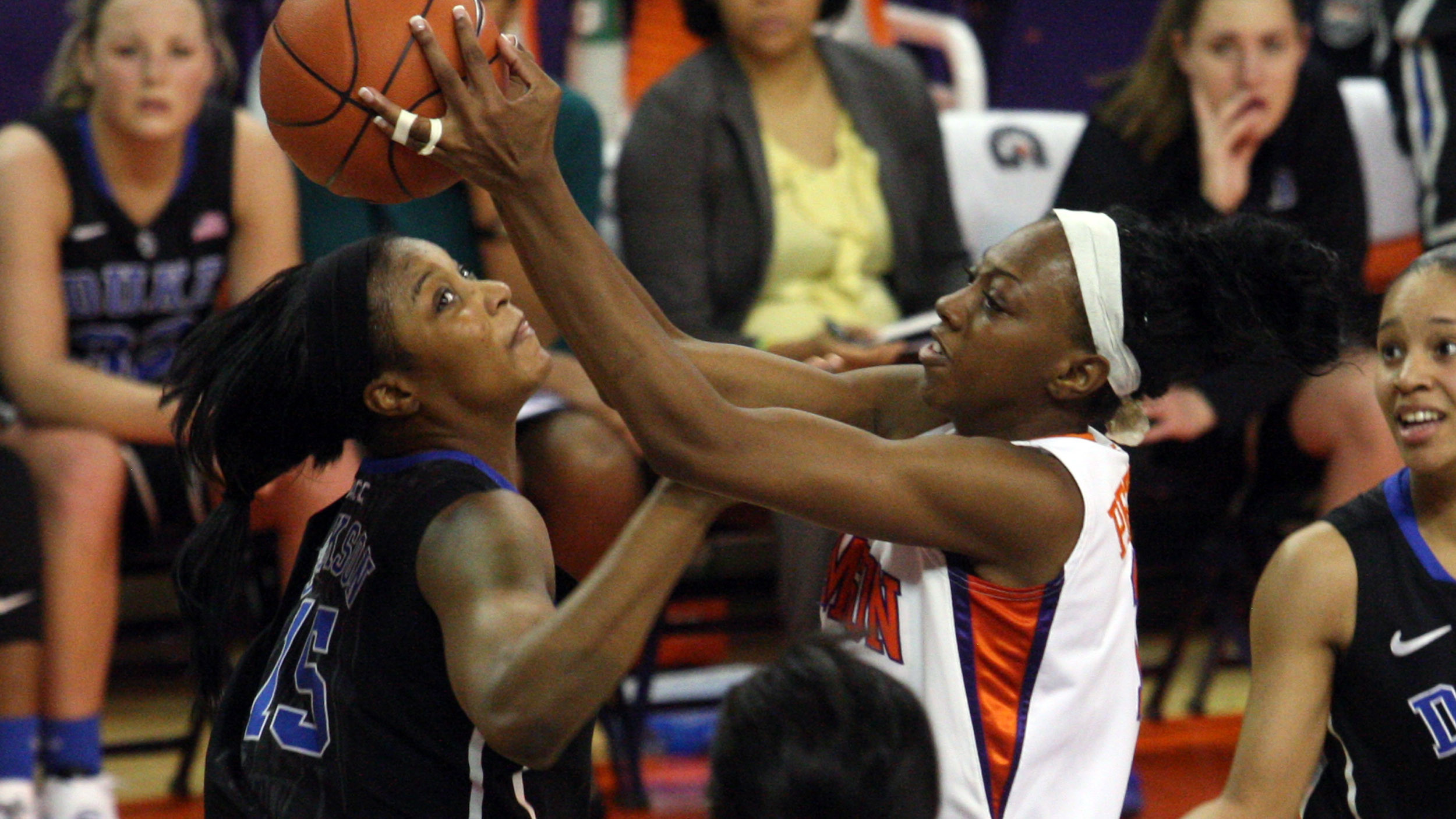 No. 20/21 Florida State Pulls Away from Clemson

TALLAHASSEE, FL – The Clemson women’s basketball team fell to No. 20/21 Florida State on Sunday in Tallahassee by an 83-61 margin at the Donald L. Tucker Center. Quinyotta Pettaway had a season-high 22 points and grabbed 10 rebounds for the Lady Tigers (6-15, 2-8 ACC), who fell to Florida State (18-4, 8-3 ACC) for the ninth straight time.

The Lady Tigers hung around for much of the game trailing by just eight with eight minutes left, but Florida State pulled away with a 15-3 run over the final 4:47 to seal it.

Kelly Gramlich had 11 points (4-9 FG, 3-4 3FG) as the only other Tiger in double-figures, and is now 11-21 from long-distance over the past five games. It was the fourth time in the last five outings she has scored in double-figures.

Natasha Howard and Chelsea Davis had 19 points apiece to lead five Seminoles in double-figures. The Seminoles scored 46 of their 83 in the paint, both marks being season highs against the Lady Tigers. The Noles also scored 31 points off 24 Clemson turnovers, and shot .492 in the contest, while Clemson shot .434.

Pettaway’s double-double was her seventh of the season, and the 11th of her career. It was the third time in her career scoring 20 or more, all three of which have come in ACC road games.

Nikki Dixon had six points, all in the first half, and five assists in 27 minutes before fouling out with 4:40 to play.

FSU took a 38-30 lead into halftime as they opened an early six-point lead, and held the margin between four and ten points for most of the half. Clemson scored the last two hoops of the half to get to the eight-point margin.

Gramlich had eight points off the bench, and Pettaway had eight to go with six rebounds in the frame. Clemson shot .440, their best field goal percentage in a half since Jan. 17 in a win at Wake Forest. the difference in the half was points off turnovers, as the Seminoles converted for 11 points on nine Clemson turnovers, while Clemson only forced five FSU turnovers, and scored just two points off of those.

In the second half, The Tigers hung with the Seminoles for 15 minutes as Clemson had the lead down to eight (59-51) when Gramlich hit her third three-pointer of the day with 8:07 to play. However, the Seminoles pushed the lead back out to 15 over the next three minutes, and Clemson never got closer than ten the rest of the way.

Clemson will return to play against Miami on Thursday in Littlejohn Coliseum, which has been billed as Take a Kid to the Game night. All kids under the age of 12 receive free admission with the purchase of an adult ticket.