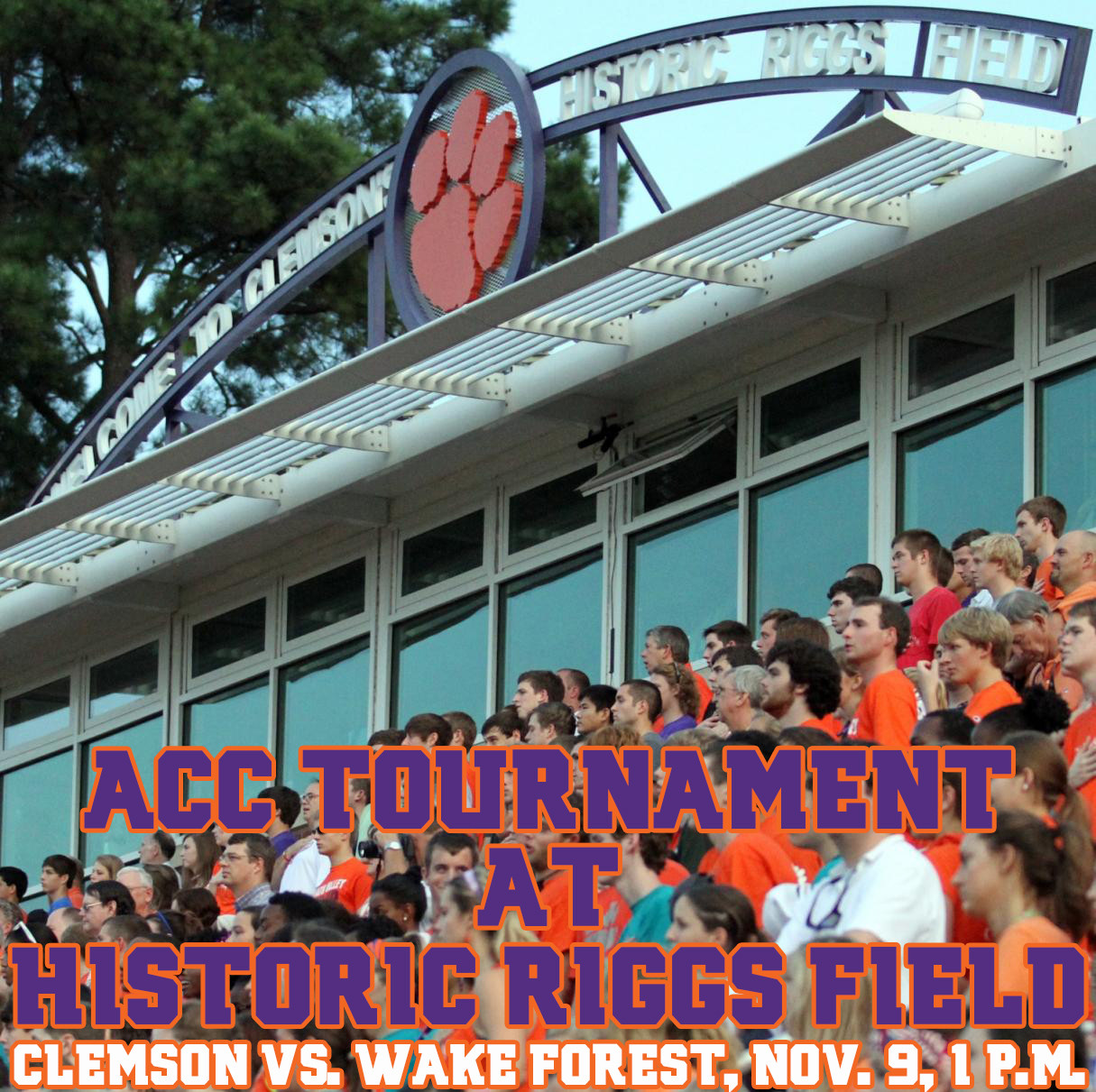 No. 19 Clemson To Host Wake Forest in ACC Tournament Quarterfinals Next Sunday

CLEMSON, S.C. – The 19th ranked and fourth-seeded Clemson men’s soccer team will host Wake Forest in the quarterfinal round of the ACC Tournament on Sunday, Nov. 9 at 1 p.m at Historic Riggs Field. Tickets are available for purchase now on ClemsonTigers.com. Any valid ACC student I.D. is good for free admission.

Clemson and Wake Forest met earlier this season on Sept. 26, a 3-1 Clemson win. Juniors T.J. Casner and Kyle Fisher and sophomore Thales Moreno all scored in the match for Clemson. Sophomore Andrew Tarbell went the distance in goal and picked up his fourth win of the season.

Clemson is coming off a 2-0 win over NC State Friday night at Historic Riggs Field. Sophomore Austen Burnikel scored both goals in the match for the Tigers.

More details on this match will be posted to ClemsonTigers.com later this week.