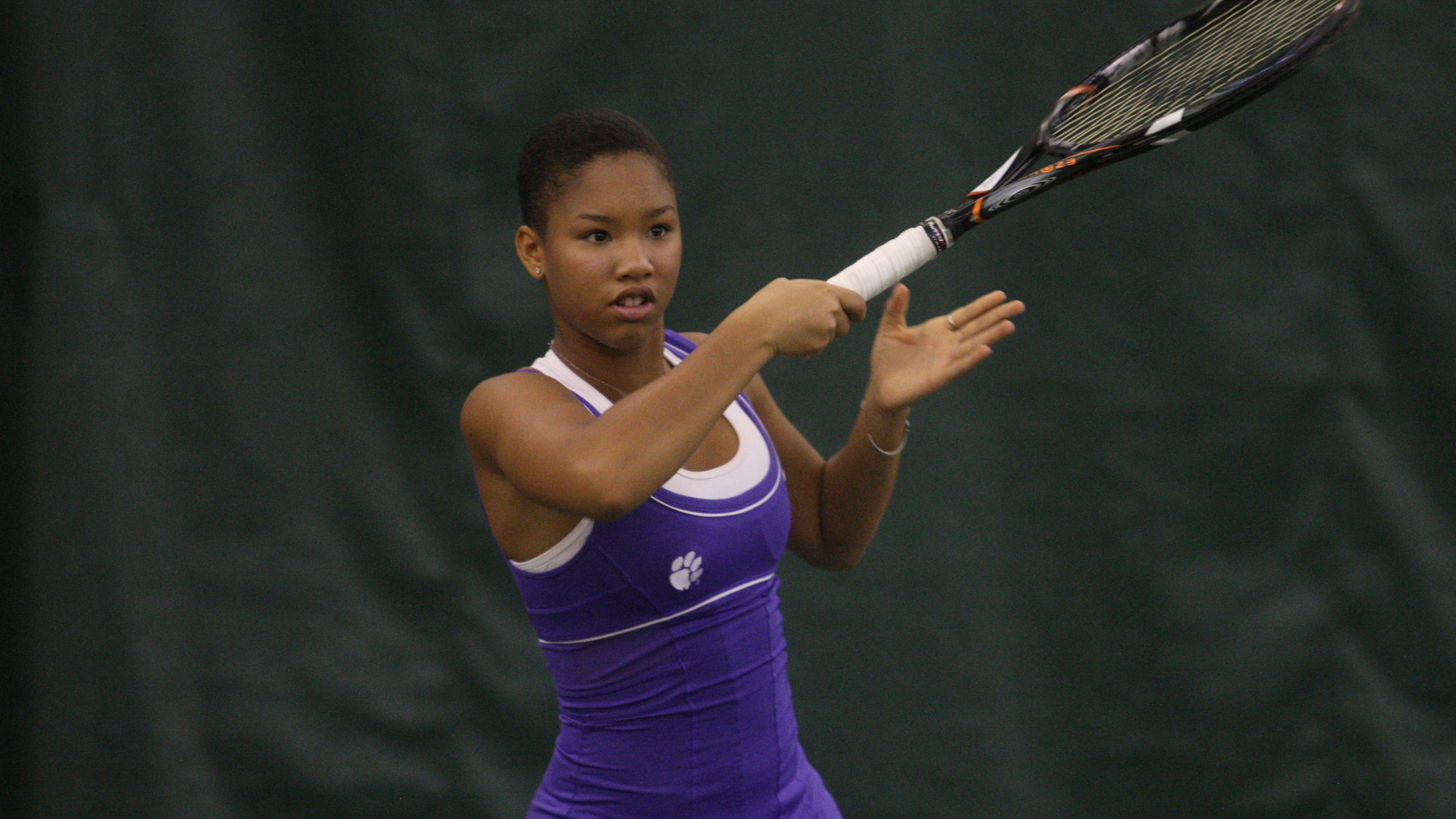 No. 19 Clemson Set for Two SEC Opponents This Weekend

CLEMSON, SC – The Clemson women’s tennis team will play host to No. 6 Georgia and No. 30 South Carolina this weekend at the Clemson Indoor Tennis Center. Clemson (1-1) and Georgia will play at 11:00 am on Saturday, while the Tigers and Gamecocks (3-1) meet at noon on Sunday.

Georgia will be the third straight Top-25 team Clemson has played to open up the 2013 season, as the Tigers defeated No. 24 Tulsa before falling at No. 9 Alabama in the ITA Kick-off Weekend in Tuscaloosa, AL.

The matchups are almost as historically even as possible, as Clemson is 22-23 all-time against Georgia, and holds a 24-23 all-time lead against South Carolina.

Last season, Georgia topped Clemson twice in Athens, with the second coming in heartbreaking fashion in the NCAA Tournament. Clemson fell just short of a major upset of the sixth-seeded Bulldogs, losing 4-3 when Maho Kowase came back from a 0-6, 2-5 deficit to win on court three and clinch. Clemson’s two returners from last season, Beatrice Gumulya and Romy Koelzer, each won their match against the Bulldogs.

Three Tigers are ranked in the national singles rankings, led by Yana Koroleva at No. 32. Korolvea is coming off a win against No. 12 Mary Anne Macfarlane of Alabama. Four Bulldogs find themselves in the singles rankings, and two Gamecock players are listed as well.

Liz Jeukeng has also made a bid for a national ranking, as she knocked off the 13th-ranked player in the nation against Alabama in straight sets.