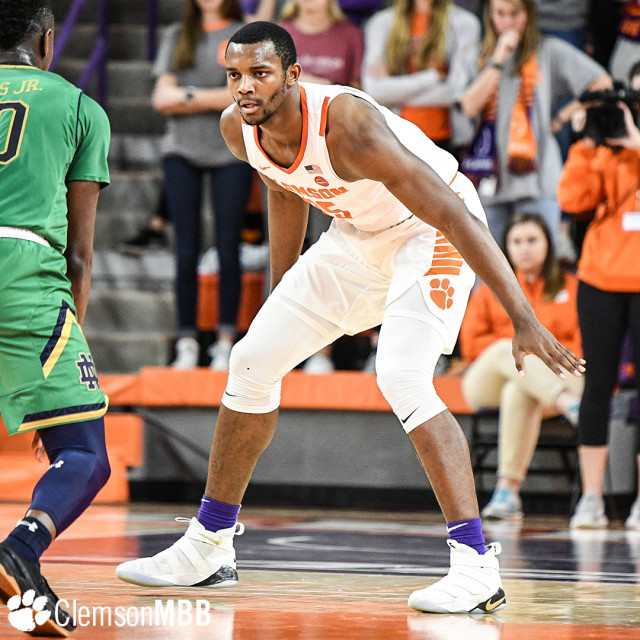 • Clemson is 31-41 all-time against Florida State and have lost four in a row in the series.
• The Tigers fell at Florida State in overtime earlier this season, 81-79.
• For the second time this season, Clemson overcame a double-digit deficit to defeat Georgia Tech and sweep the season series.
• The Tigers downed the Yellow Jackets 75-67 with the help of a 22-3 run after being down 58-47 midway through the second half.
• With a win, Clemson could clinch the program’s sixth season in which the Tigers have posted at least 15 home victories.

SERIES HISTORY
CU Series W-L record: Clemson is 31-41 all-time against Florida State.
Streak: The Tigers have lost four in a row in the series.

TIGER TRACKS
• With a 75-67 win over Georgia Tech on Feb. 24, Clemson tied the program record for ACC regular season wins with 10.
• The Tigers have reached 10 league wins in the ACC on six occasions, including this season. Three of those six seasons have come under the direction of head coach Brad Brownell.
• Gabe DeVoe notched his third 25-point outing of the year and his second this season against Georgia Tech.
• With four more 3-pointers against Georgia Tech, Gabe DeVoe remains 11th all-time in the Clemson record book for threes in a career (152). He needs three more to tie for 10th.
• If the Tigers get the victory over the Seminoles tonight, Clemson would tie for the third most home wins in a single season with 15 (79-80; 86-87; 10-11).
• In 2006-07 and 2013-14, three of the Tigers’ record 16 home wins came during postseason play in the NIT – so they achieved 13 in regular season play.