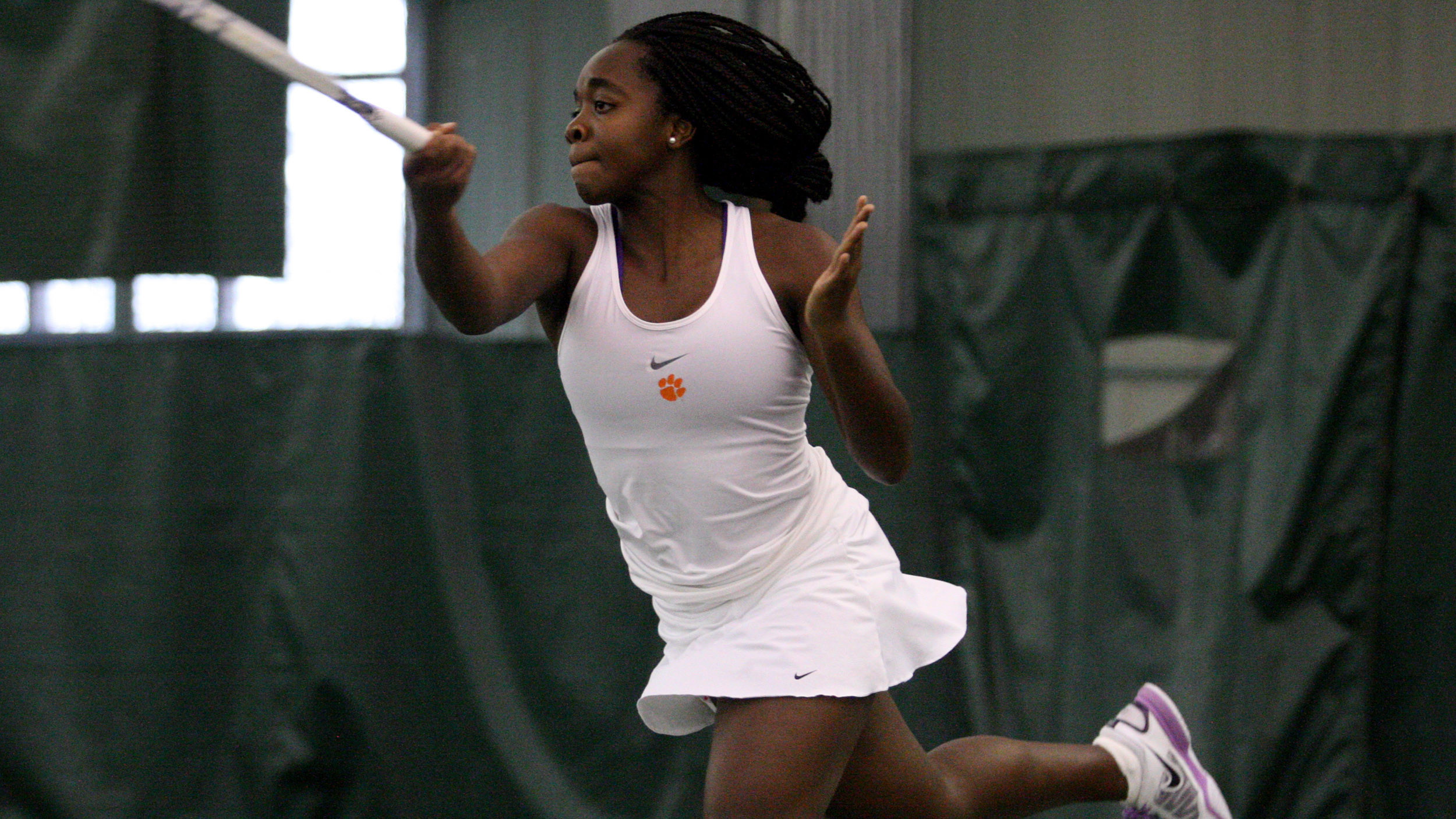 CLEMSON, SC – The 17th-ranked Clemson women’s tennis team will play No. 29 Baylor on Friday at 2:30 pm at the Hoke Sloan Tennis Center. Baylor enters at 4-8 overall, but has played a schedule that has featured nine top-25 opponents. Clemson (4-5) has played eight of nine this season against top-25 teams, and all nine against teams in the top-30.

The weather forecast calls for sun and temperatures in the 60s and light wind, which should allow the teams to play outside. Live scoring will be available as well. The match is Student Appreciation Day, and the first 75 students will receive a free t-shirt.

On Saturday, the women’s tennis team will host the Tiger Tennis for Totes event around the men’s match. There will be a Pro-Am Tournament for adults from 9:30 am-11:30 am, preceding the men’s match at noon against UNC Wilmington.

The student event will run from approximately 4:00 pm until 6:00 pm. Students can play doubles against the Clemson team, and enter to win prizes, which include a signed football from Dabo Swinney. All proceeds will benefit Tanner’s Totes, a charitable foundation created by former men’s basketball player, Tanner Smith.

The event is being organized by sophomore Yana Koroleva, who is also the current ACC Player of the Week.

Friday’s match between Baylor and Clemson will pit the Bears and Tigers together for the sixth time in history. This will be the third straight season playing one another, with the Bears coming away with wins in the previous two meetings. Clemson is 2-3 all-time against the Bears and 1-1 at home.

Clemson has three players among the top-50 in singles nationally in Koroleva (27th), freshman Liz Jeukeng (29th), and Beatrice Gumulya (44th). Ema Burgic (12th) and Megan Horter (113th) are ranked in singles for the Bears.