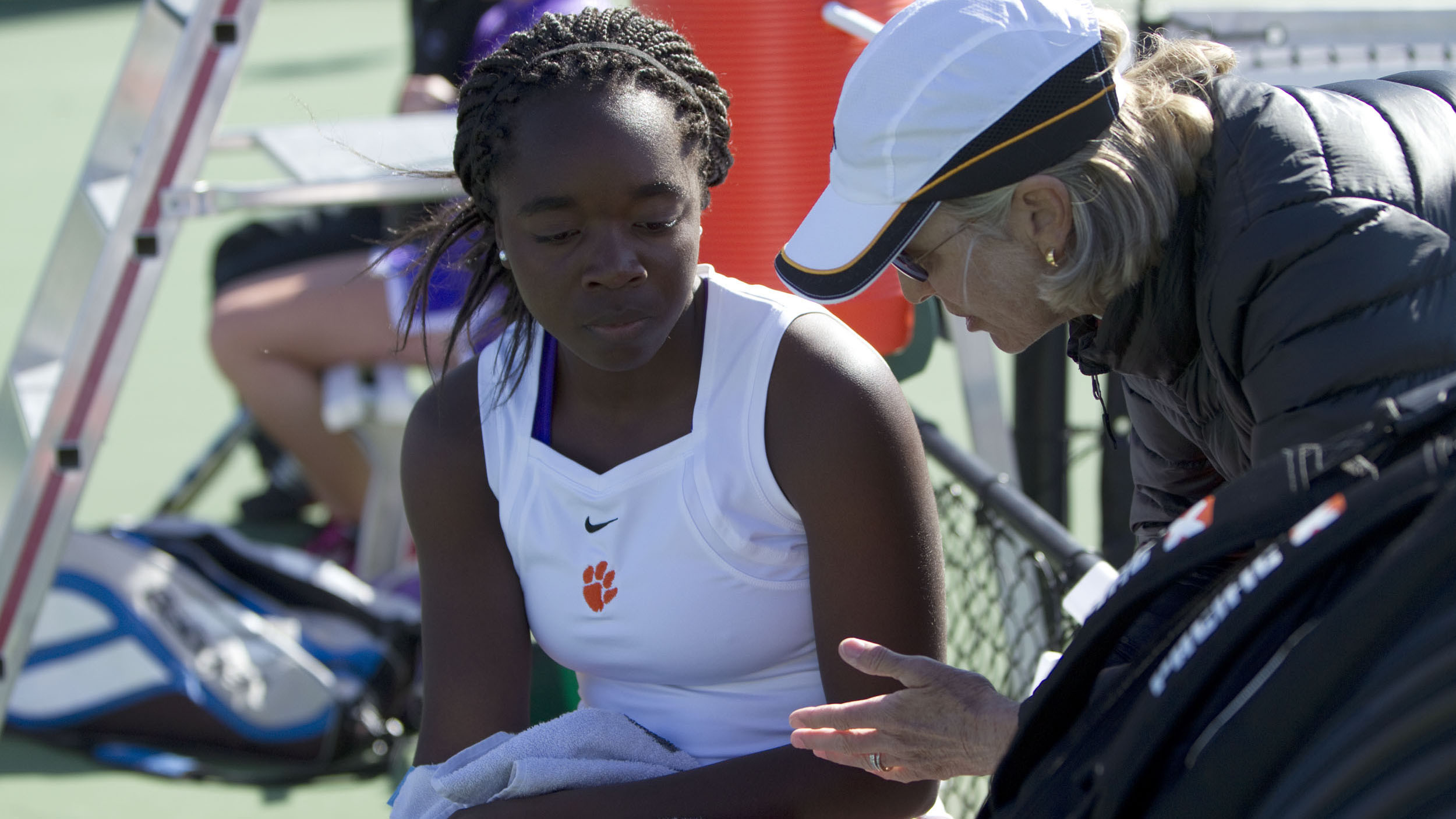 Live scoring, recaps, and results will be available at ClemsonTigers.com, and the events are free to the public.

The Tigers hold leads in the all-time series with the two schools, with a 30-3 mark over Maryland and a 7-0 record against Boston College. Last season, Clemson beat both teams by a 5-2 count on each of their home courts.

The Tigers have won three in a row overall and four of their past five heading into the home stretch. Clemson has played just one match since a March 13 home win against Furman. They spent spring break training, and now play two matches per weekend each of the next four weeks.

Yana Koroleva leads Clemson in singles, as she moved up to 16th in the national singles rankings this week. She’s won five straight matches overall, and is 3-0 in ACC play. Liz Jeukeng (42nd) and Beatrice Gumulya (49th) are also ranked among the top-50 players in the country.

After playing Maryland and BC, the Tigers will travel to No. 1 North Carolina and No. 7 Duke next weekend.