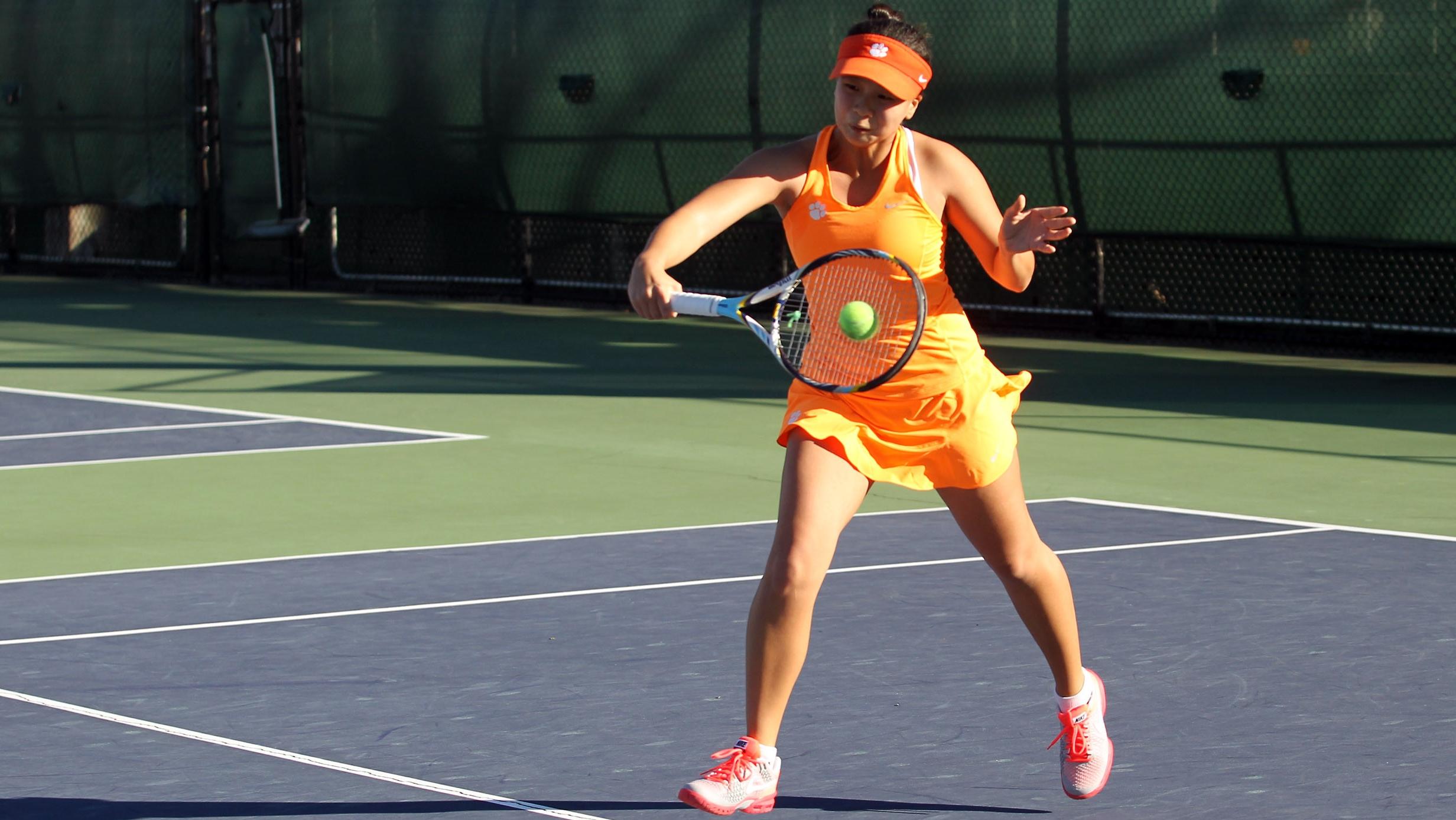 On Friday, the first 100 fans in attendance will receive free Clemson sunglasses. On Sunday, IPTAY Collegiate Club Day, all students who show their CC ID will be entered to win a prize pack valued at more than $200. The first 50 fans will also receive a free t-shirt.

Clemson will look to rebound after suffering their first loss in 10 matches last Sunday, which also saw their record 9-0 start to ACC play come to an end at the hands of Virginia. Despite the loss, the Tigers are still a combined 51-9 (.850) in ACC singles matches with Romy Koelzer leading the charge, riding a 10 match winning streak.

Friday’s match will be a first for the Tigers. Clemson has never played an opponent from the state of New York in women’s tennis, making the matchup between the Tigers and Orange the first ever meeting. Clemson and Miami, on the other hand, have played 28 times and every year since 2005, when the Hurricanes joined the ACC. Against the Hurricanes, Clemsonhas won just four of 28 matches between the two schools including a tough, 4-3, defeat in Coral Gables last season.