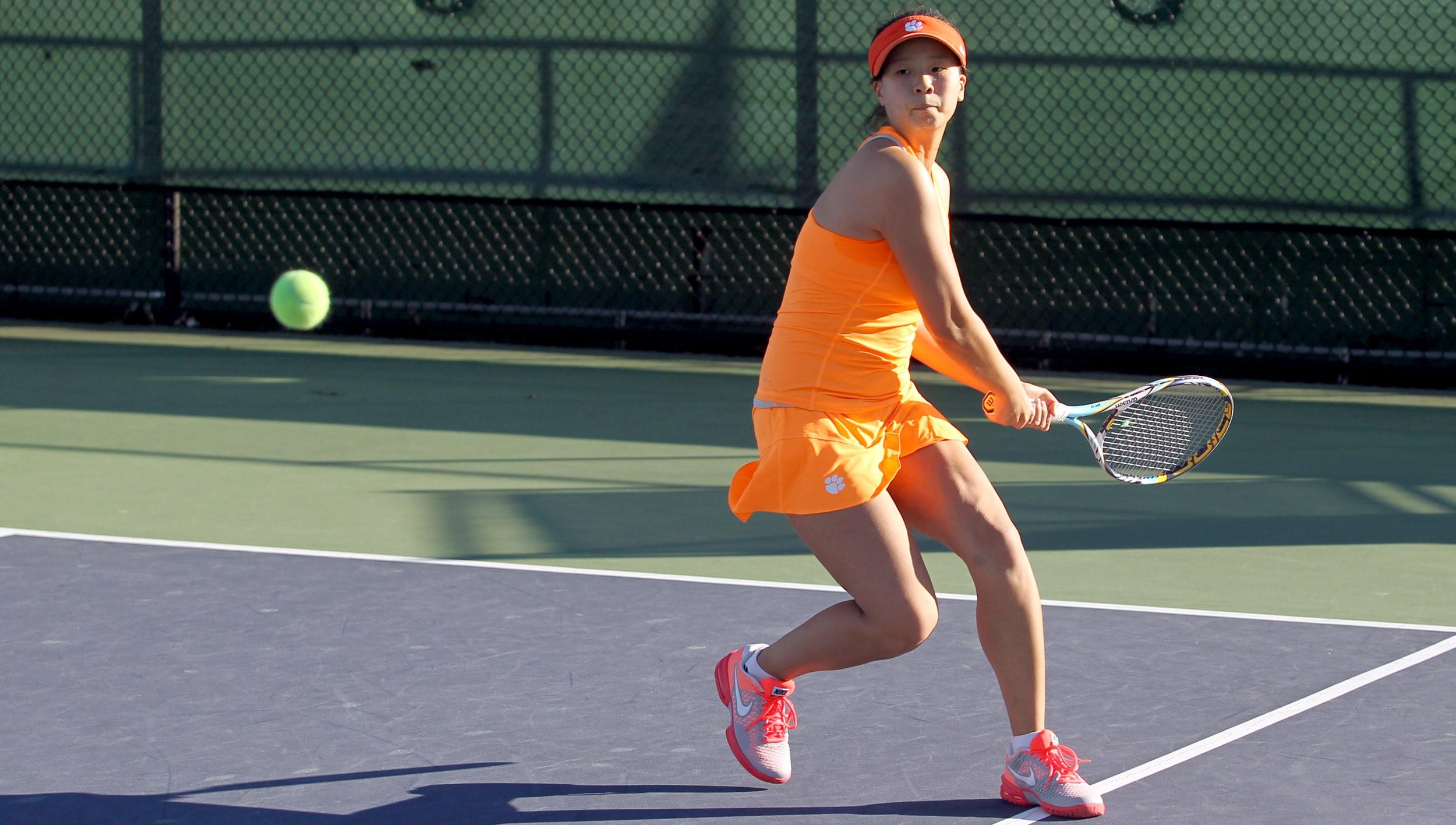 CLEMSON, SC – The 15th-ranked Clemson women’s tennis team (8-3, 1-0 ACC) will return to action this weekend as they host a pair of ACC opponents at the Hoke Sloan Tennis Center. The Tigers will square off against NC State (6-1, 1-1 ACC) on Friday at 2:30 pm before taking on 38th-ranked Wake Forest (8-1, 1-1 ACC) on Sunday at noon.  The Tigers are coming off an impressive 6-1 win at Virginia Tech last Sunday to open ACC play. Follow @ClemsonWTennis this week for a chance to win prizes  including a $50 Visa gift card and a Tiger Rag that has been autographed by Coach Harris. Sunday’s match is dubbed “Social Media Sunday.” Fans that show proof of following the team on facebook and twitter will be entered to win a Clemson prize pack.    Clemson owns a 40-4 all-time record against the Wolfpack, including 12 straight victories. The Tigers are 28-18 historically against the Demon Deacons, and won 6-1 last year in Winston-Salem.   Clemson has three ranked singles players in the newest rankings (Feb. 25) led by Yana Koroleva at No. 41. She is tied with Tristen Dewar, ranked No. 100, for most singles wins thus far with seven. In doubles, the duo of Beatrice Gumulya and Koroleva check in at No. 33 in the latest rankings. After dropping the first set of the year, the combo has won five straight while the Tigers as a team have captured the doubles point in a remarkable 10 of 11 matches this season.   Rankings: Singles:  Koroleva (CU), 41st Koelzer (CU), t-67th Dewar (CU), 100th   Doubles: Gumulya/Koroleva (CU), 33rd