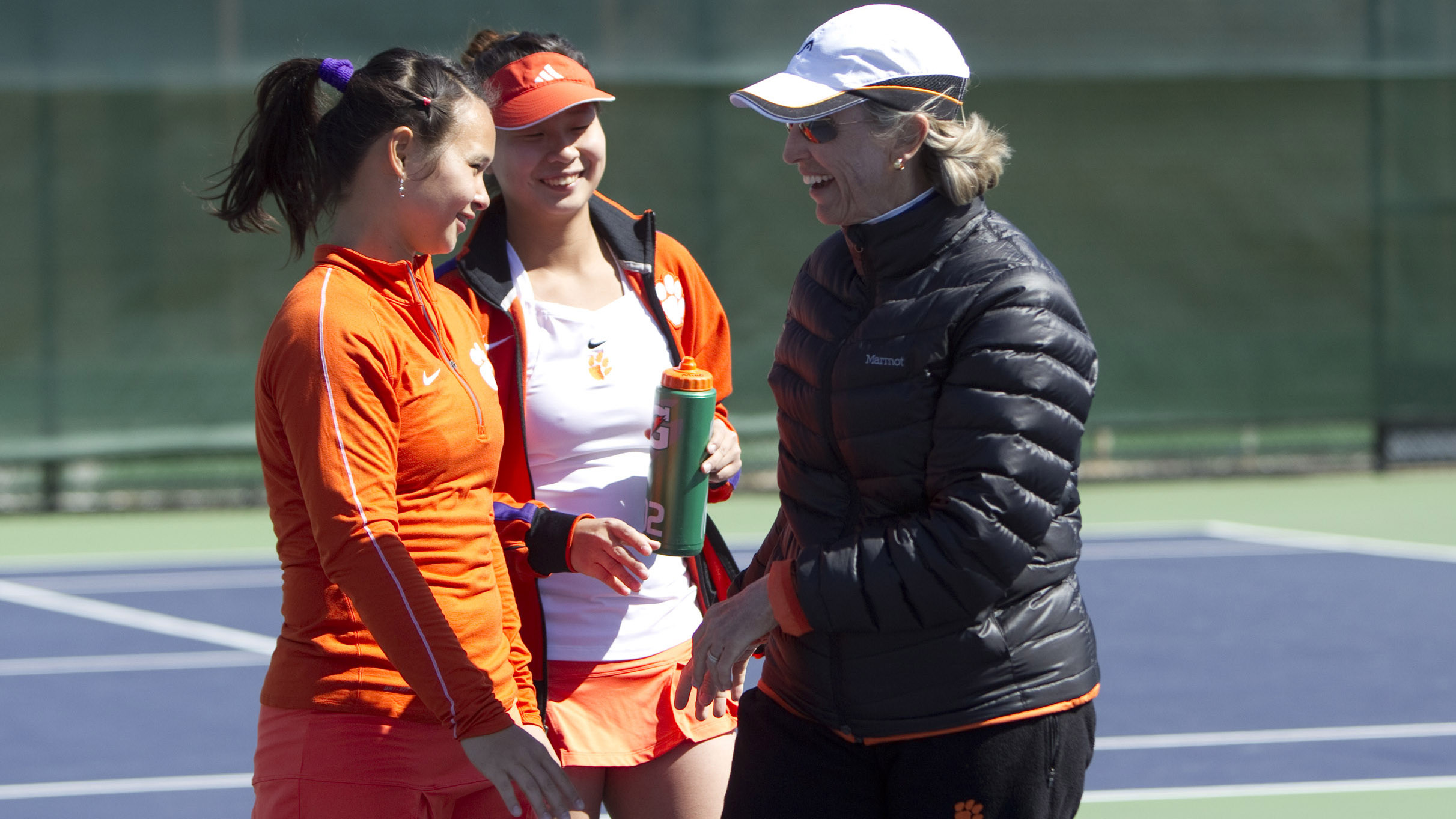 No. 14 Clemson to Meet No. 46 Georgia State Tuesday

The 14th-ranked Clemson women’s tennis team will play No. 46 Georgia State at the Orlando Tennis Center in Orlando, FL, at 10:00 am on Tuesday. Both squads are in Florida training during their spring breaks. ‘

Clemson (6-5) will go for a third straight win, while the Panthers (6-7) are coming off a loss to unranked South Florida in Tampa.

The Tigers have won all five meetings in the series, although the two teams haven’t met since 2002. Georgia State was Clemson’s first-ever opponent in women’s tennis, with the Tigers taking a 9-0 match at GSU on Mar. 10, 1976. The squads actually played twice that season, with the Tigers claiming another win in April of 1976.

The programs did not meet again until 2000, starting a string of three straight seasons in which they met.

Clemson has three players ranked in the top-50 in singles this season, led by sophomore Yana Koroleva, who is 19th overall. Koroleva is on a four-match winning streak in which she has won her matches in straight sets. She’ll play Georgia State’s hottest player, Abigail Tere-Apisah, who has won seven matches in a row, and is 10-2 in dual match play.

Liz Jeukeng (34th) and Beatrice Gumulya (45th) each earned wins against Furman, and have combined to go 24-6 so far this season. Gumulya is 15-3 on the year, and is a winner in 26 of her last 29 matches overall.

After playing Georgia State, the Tigers will not play again until Mar. 30, when they play host to Maryland. Tuesday’s match will be Clemson’s final non-conference match of the season.