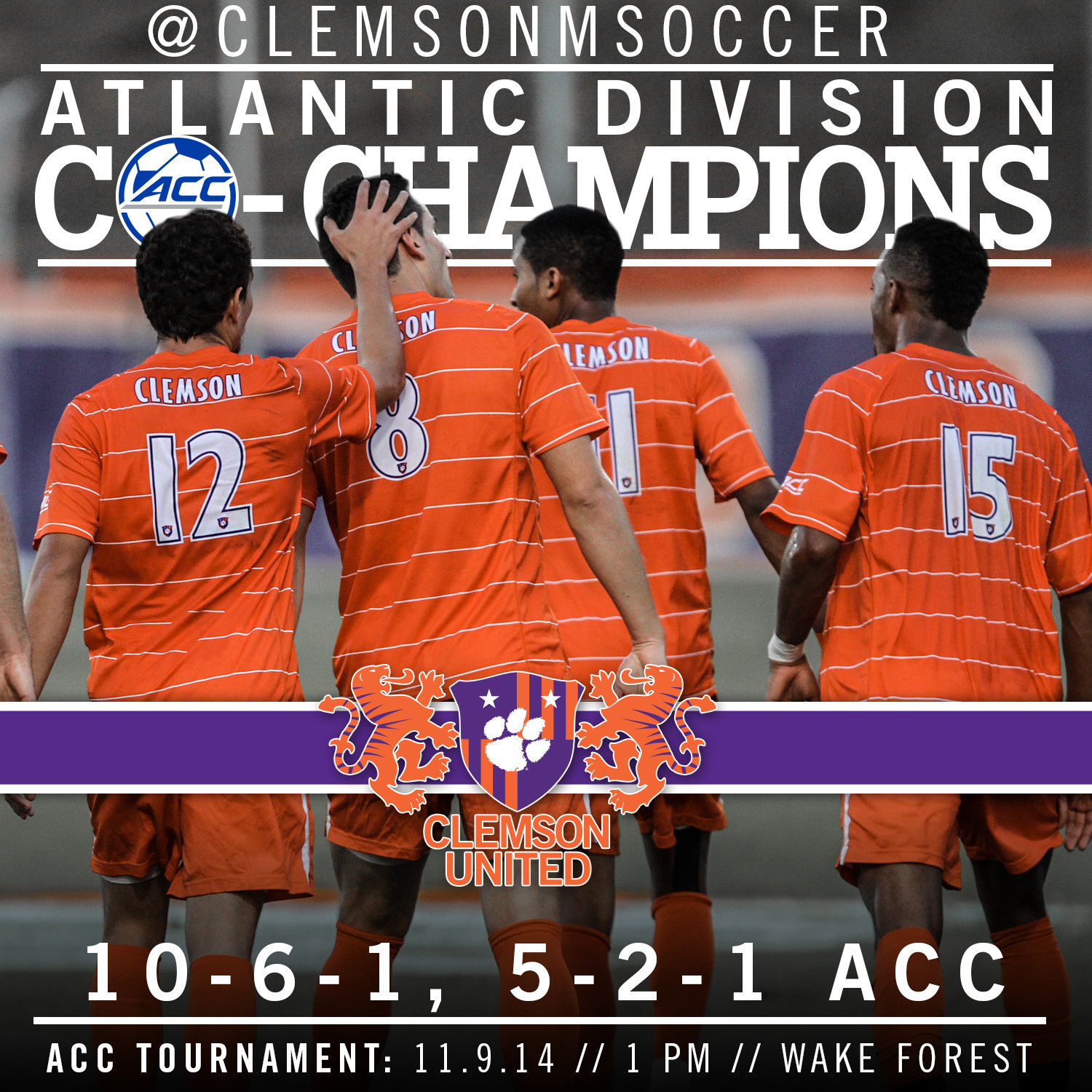 No. 14 Clemson Locks Up Share of Atlantic Division, Shifts Focus to ACC Tournament

CLEMSON, S.C. – After winning a share of the ACC’s Atlantic Division title and securing the fourth seed in the ACC Tournament, the No. 14 Clemson men’s soccer team shifts its focus to ACC Quarterfinal opponent No. 18 Wake Forest, the tournament’s fifth seed and a team the Tigers beat 3-1 on Sept. 26 earlier this season.

“It’s a big deal,” head coach Mike Noonan said of the division title. “Whenever you can win something that’s tangible its important, particularly as we continue to build this program back into a national contender.”

A 2-0 win over visiting NC State last Friday night, Oct. 31, capped off a successful regular season for the Tigers. Clemson finished with a 10-6-1 overall record and a 5-2-1 record in the ACC.

More notes from the 2014 regular season:

Clemson and Wake Forest will meet at Historic Riggs Field on Sunday, Nov. 9 at 1 p.m. in the ACC Tournament Quarterfinals. The winner moves on to the tournament semifinals in Cary, N.C. Tickets to Sunday’s match are available for purchase online via the link above or at the gate before the game.