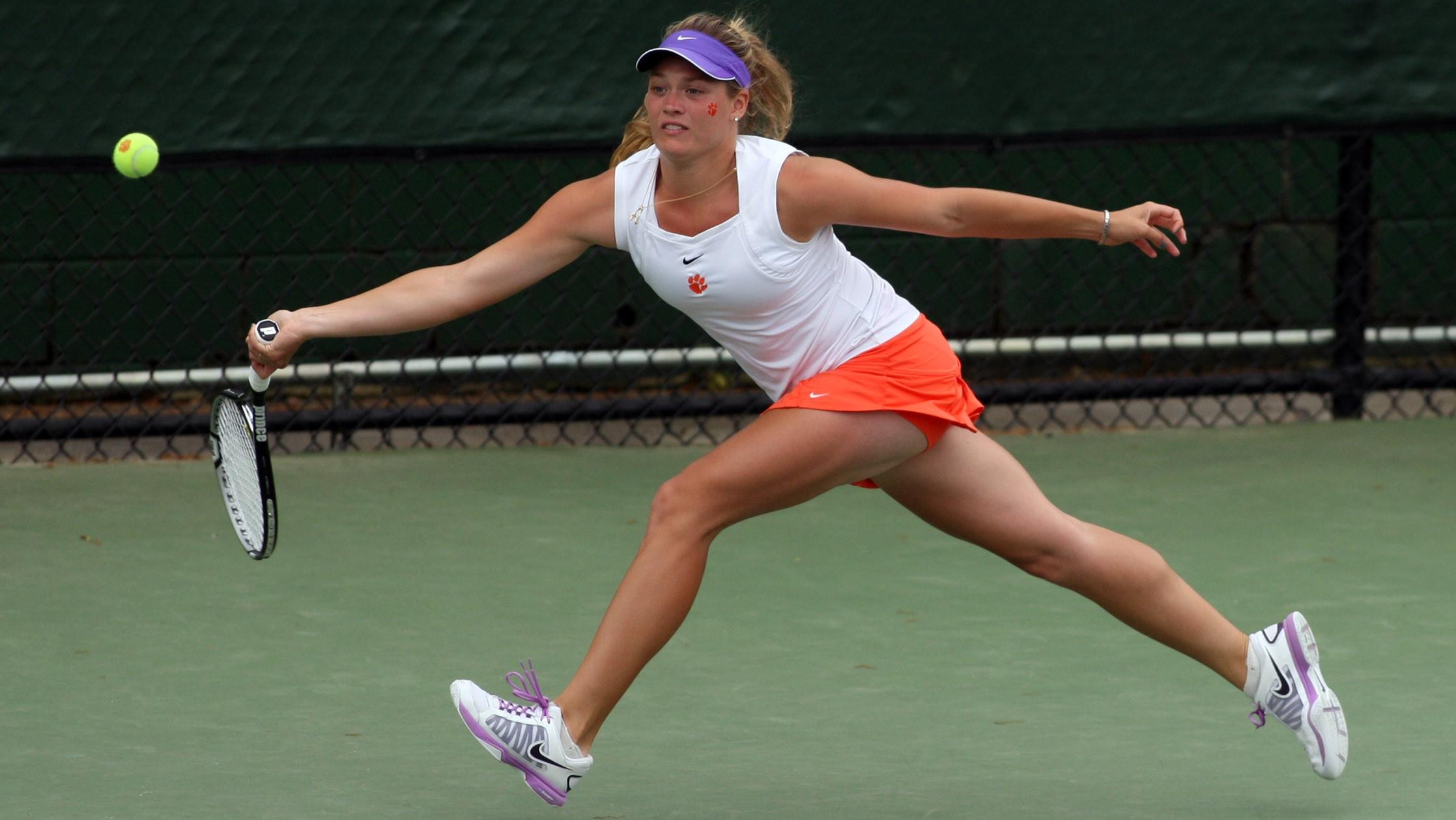 CLEMSON, SC – The 13th-ranked Clemson women’s tennis team will close their regular season with matches at No. 44 NC State and Wake Forest this weekend. The Tigers (12-6, 7-2 ACC) will take on the Wolfpack (13-6, 4-5 ACC) at noon on Saturday in Raleigh, NC and the Demon Deacons (3-16, 2-7 ACC) at noon on Sunday in Winston-Salem, NC.  Clemson can lock up a top-four finish in the ACC with a win this weekend, which would give them a first round bye in next week’s ACC Tournament. The Tigers enter the weekend playing well, having won eight of their last nine overall, and three in a row. Two of those three wins have come against top-20 teams.   The Tigers are 39-4 all-time against the Wolfpack, including a 15-2 mark in Raleigh, and hold a 27-17 record against the Demon Deacons. Clemson is one of three programs in the nation with three players among the top-35 in the singles rankings, joining No. 5 Southern California and No. 12 Stanford. Yana Koroleva (18th), Liz Jeukeng (27th), and Beatrice Gumulya (35th) are each having tremendous seasons at the top of Clemson’s lineup.  Koroleva is 9-1 in her last ten matches, and 11 of her 19 wins this year have come against ranked opponents. Jeukeng, a 16-year-old freshman, is 9-0 in league play this season and 16-3 overall, and is riding an eight-match winning streak. Gumulya has quietly put together a 20-4 record this season, and has gone 31-4 in her last 35 matches. Combined, the three top players have a 24-2 record in ACC play.  Sophomore Romy Koelzer has also put together a 5-2 record in ACC play this season, and is 17-10 overall.  Two NC State players are ranked in singles in No. 46 Joelle Kissell and No. 115 Tatiana Illova. Kathryn Talbert (99th) is ranked this week for the Demon Deacons.  After this weekend, Clemson will participate in the ACC Tournament in Cary, NC from April 25-28. Should the Tigers win a match this weekend, they will earn a first-round bye in the tournament for the 10th time in the last 11 seasons, and begin play in the quarterfinals on Friday. Seedings will be announced on Sunday evening.