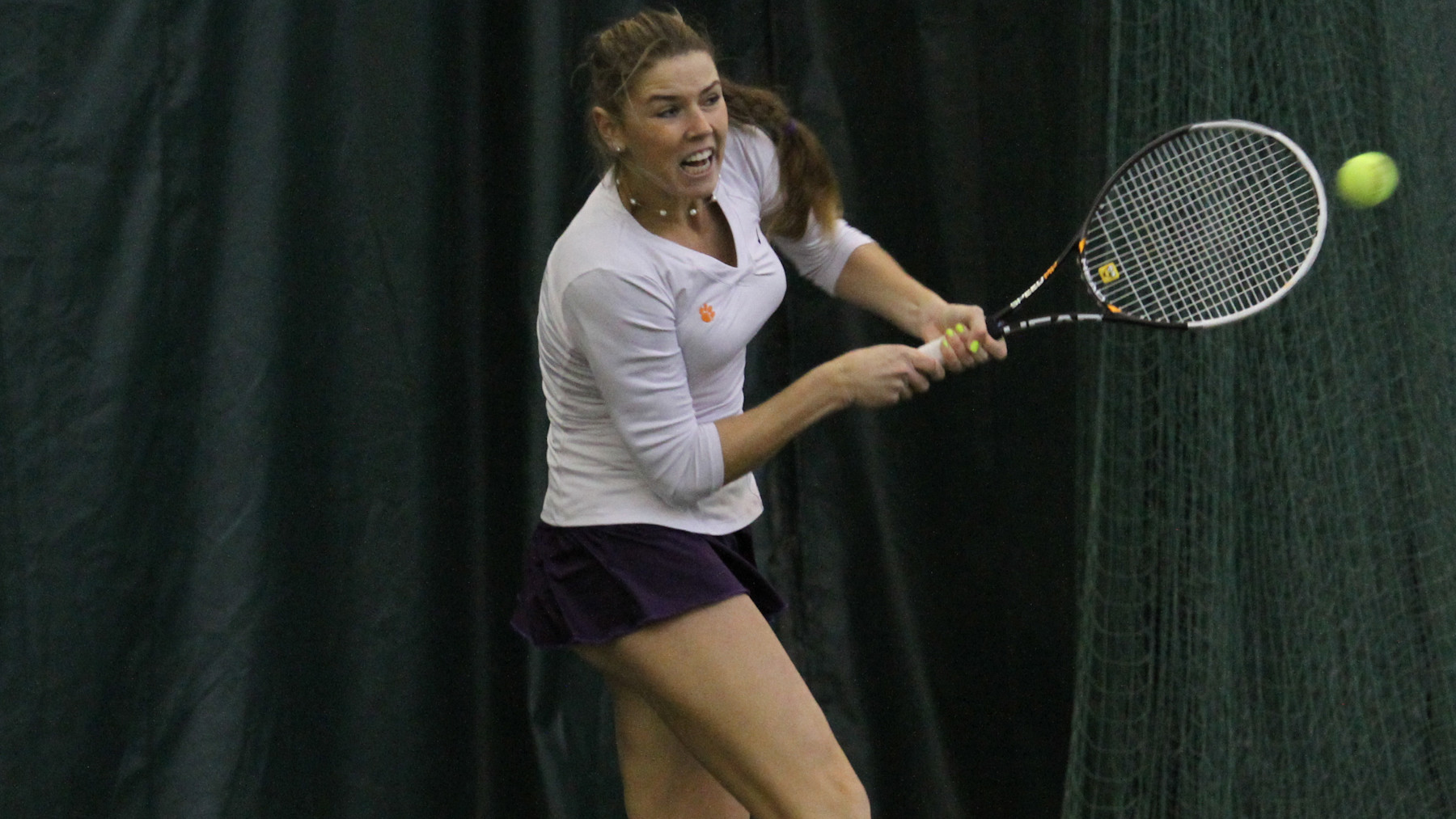 No. 11 @ClemsonWTennis Hosts Harvard, Plays at VT this Week

CLEMSON, SC – The 11th-ranked Clemson women’s tennis program will play host to No. 68 Harvard (5-2) on Friday at 2:30 pm at the Hoke Sloan Tennis Center before opening its ACC season on Sunday at No. 47 Virginia Tech (6-2) in Blacksburg. The Tigers (7-2) ride a three-match winning streak into the week.

Clemson is 1-2 all-time against the Crimson, with the most recent meeting a 4-3 loss in 2006 at then-No. 14 Harvard. The Tigers are 15-3 all-time against Virginia Tech, including a 5-2 victory in Clemson last season.

Live scoring is available for both matches, and the first 50 fans on Friday will receive free t-shirts. Admission to all home events is free.

Clemson enters with four singles players and three doubles tandems listed among the nationally ranked. Doubles has been a strong point in the early season, with the Tigers claiming eight of nine doubles points on the season, and have a cumulative 17-4 (.810) record in dual match doubles. Jessy Rompies has the top individual doubles record this season with a robust, 19-3, record with all partners.

All-American Yana Koroleva has six wins over ranked opponents on the season, and is 13-5 overall. Sophomore Tristen Dewar is the singles wins leader, with a 15-5 mark overall and a 5-2 record in dual matches.