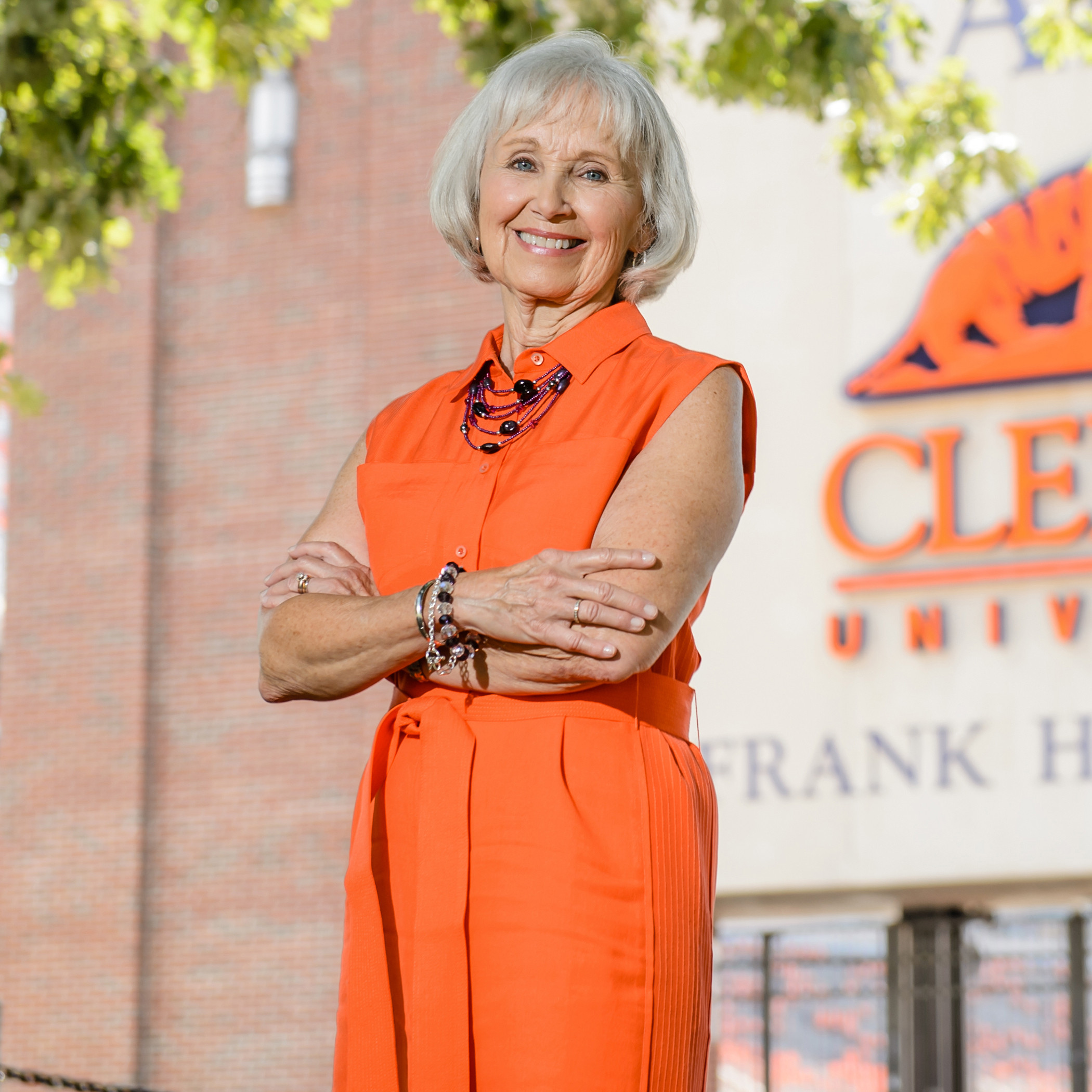 Janna McKale’s path to being named the 2015 Tiger Brotherhood Mother-of-the-Year began in Iowa, over 700 miles from Clemson, S.C. The Iowa State graduate came to Clemson in 1979 with her husband, Dr. Donald McKale, who had accepted a professorship position in Clemson’s history department. The McKales have lived in Clemson ever since and Janna has become deeply involved in the Clemson community over the past 36 years.

As a teacher at Morrison and Clemson Elementary schools for over 20 years, McKale was involved with Clemson’s youth, a part of the community that is so often overlooked in a college town. The teacher-of-the-year award at Clemson Elementary was named in her honor in 2012.

“The children are very special in Clemson because we have a diverse mix in the community,” said McKale with a smile.

McKale cites the daily interaction with Clemson’s youth as one of the most rewarding parts of her involvement in the community. She has also taught some famous students. Tiger football players DeAndre Hopkins, Shaq Lawson, D.J. Greenlee and Christian Groomes have all sat in a desk in McKale’s classroom.

“Some of my students are very famous,” she said with a laugh. “I taught DeAndre Hopkins, and back then we called him DeAndre, not ‘Nuk’.”

McKale recounted how she could tell which students were going to become stars on the gridiron.

“We used to watch them play on the playground, and you could tell which ones were going to make it some day.”

However, McKale’s love for Clemson athletics runs much deeper than just taking an interest in her former students’ whereabouts. She is a self-described diehard Tiger fan, having missed only three home football games since 1979.

“When we moved to Clemson, we were Clemson fans from the day we arrived,” said McKale. “We have season tickets to football, basketball and baseball.”

McKale is as invested as anyone in how the Tigers fare on the field, but to her, the Clemson family is much more than just athletics.

“To me, the Clemson family is the entire community. It is comprised of the schools, churches, community and university combined.”

The Clemson family also describes McKale’s own family. In addition to her husband serving as a Clemson professor for 30 years, all three of her children chose to attend Clemson and loved their college experience.

“It meant a lot to us,” she said about her children attending Clemson. “To be able to keep that tie to the university was special.”

McKale’s community involvement embodies the full extent of the Clemson family. In addition to her work as a teacher, she has served as president of the Clemson University Woman’s Club, a ruling elder at Fort Hill Presbyterian Church, a Kappa Delta advisor for 33 years and she currently volunteers at the Clemson Free Clinic.

She was honored this summer with Kappa Delta’s prestigious Order of the Emerald, a national award given to one who has significantly contributed to the organization.

McKale has been recognized numerous times for her efforts in the Clemson community over the past three decades, but she is honored the most by her latest achievement, being named Tiger Brotherhood Mother-of-the-Year.

“It was overwhelming because I knew about the award and have known some of the mothers-of-the-year personally, but I never thought I would win it,” admitted McKale. “It’s such an honor and I’m so grateful to be able to represent Clemson University in this way.”

As mother-of-the-year, McKale was also asked to make a prediction regarding this year’s Clemson football team. For her, the answer was simple.

“I think we could go all the way.”