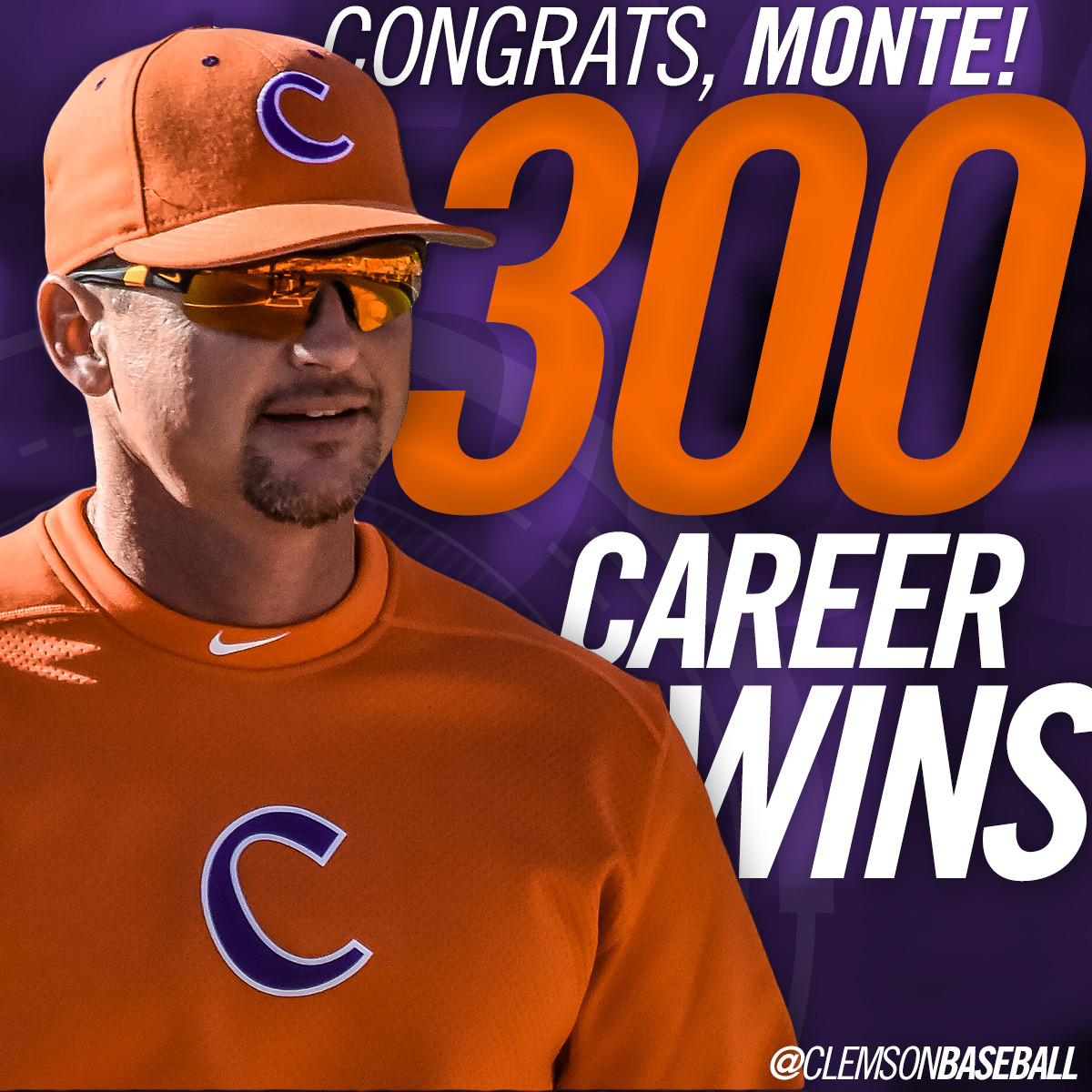 Monte's Mark on a Wild Night

It is only fitting that Monte Lee’s 300th career win was a come-from-behind, extra-inning walkoff victory on a night that coaches, players and fans alike will not forget.

On a day that was originally forecasted to be a washout right up until gametime, the rains actually came later than expected and resulted in an 86-minute weather delay before the game finally started at 7:56 p.m.

The Tigers found themselves facing a quick 1-0 deficit after the first inning that stretched to a 4-0 hole in the fifth inning. And it could have been worse if not for some double plays and outs on the basepaths.

In the bottom of the fifth, the Tigers cut the Catamount lead to 4-3 thanks to RBIs from Weston Wilson and Mike Triller, who got his first start of the season at DH, and Chris Okey’s sixth homer of the year.

Western Carolina plated two more runs in the sixth inning, but the Tigers were not done. In the comeback fashion that has become characteristic of this team, Seth Beer’s 14th home run and a clutch RBI double off the bat of Eli White tied the score 6-6 in the eighth inning.

With the top of the order due up for the Tigers in the bottom of the ninth, it felt like Clemson was poised for their third walkoff win of the season, but the celebration would have to wait. At 11:45 p.m., with one out and no one on base, the lights went out at Doug Kingsmore, causing a 21-minute delay in what was already a very long game.

“I was a little frustrated by that,” expressed Lee of the lights going out. “It was already getting pretty late and we had the momentum going. We had tied it up and everything was going our way. And then the lights go out and you’re saying, ‘OK, I hope my team stays focused.’ So we had to take a step back because we couldn’t control it and let the lights come back on, and we found a way to get it done.”

Tuesday turned into Wednesday by the time the game resumed, and it took Clemson until the 10th inning to regain their momentum in the form of a walkoff single off the bat of Wilson to seal the victory. As teammates ran out of the dugout to mob Wilson at second base, the clock read 12:41 a.m.

“Three-hundred wins…I think you look back at the manner in which you won,” reflected Lee with a smile. “What will make 300 special is we had a come-from-behind win where the lights went out here in Clemson, and we found a way after the light delay – not even a lightning delay…a light delay – to win the ballgame.

“More than anything, you remember the moments. You remember the ballgame and what happened in the game, and that’s the part I’ll remember with No. 300…the way the Tigers won.”