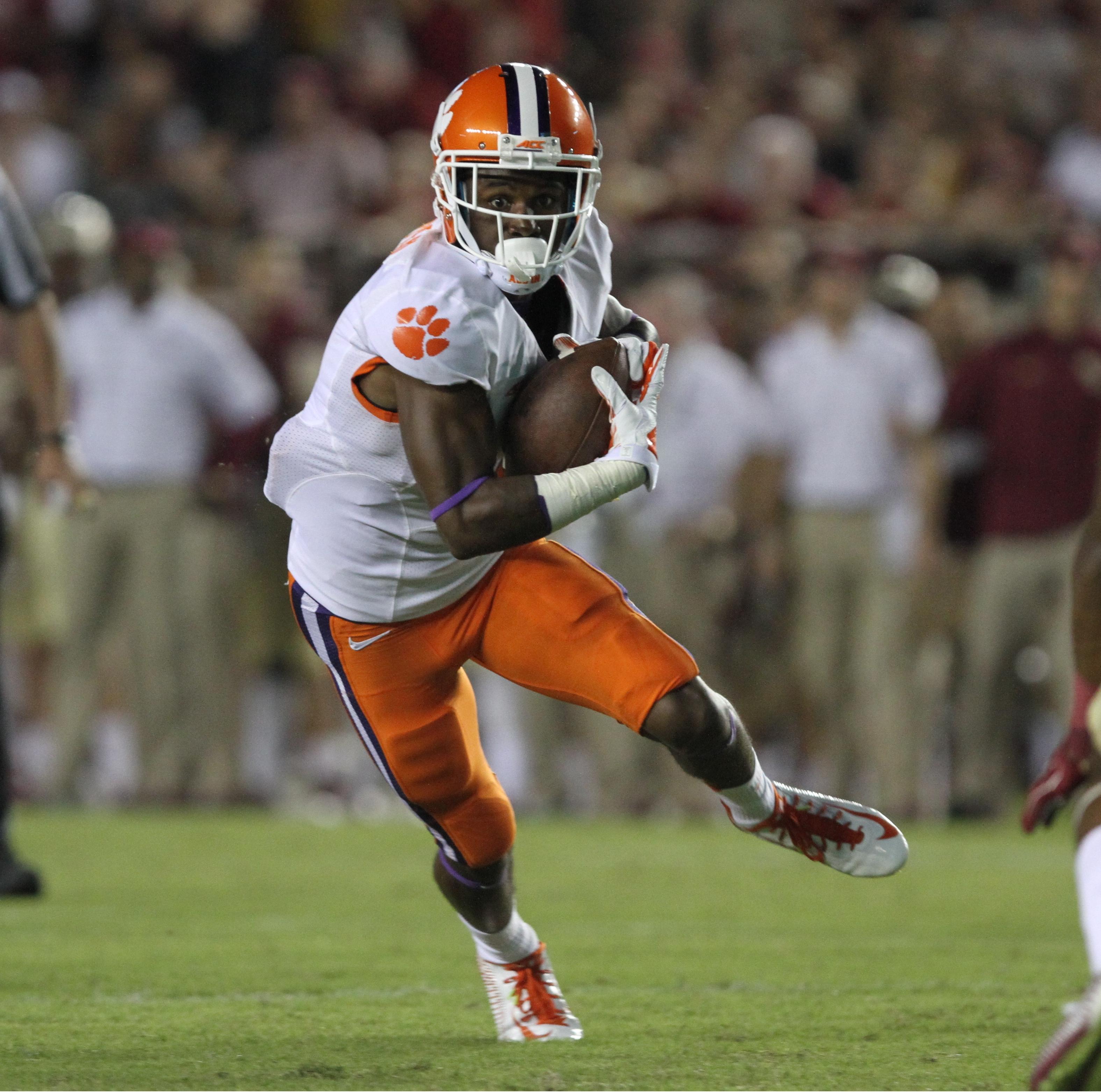 Offensive coordinator Chad Morris and several players met with members of the media Monday. The focus was on turning the page from Saturday’s disappointing result in Tallahassee. Clemson faces North Carolina on Saturday in a 7 p.m. showdown in Death Valley.

Below are news & notes from Monday’s session.

Watson to Start at Quarterback Saturday

Dabo Swinney announced Deshaun Watson would make his first start on his Sunday teleconference. The freshman signal-caller is coming off a terrific performance at Florida State, where he accounted for 296 yards of total offense against the nation’s No. 1 ranked team. He was named ACC Rookie of the Week shortly before arriving for interviews.

Morris was complimentary of his quarterback’s first extensive action.

“For a true freshman to make some of the plays he made the other night in that environment was impressive,” he said. “But we have to remember he is just that, a freshman. We can’t overload him and we need to do what he’s comfortable doing.”

Watson first officially read he was named the team’s starter Sunday online. He said Monday he’s excited to take the field with the first-team unit at home Saturday against the Tar Heels.

“It’s going to be great starting my first game at home in front of all the Clemson fans,” he said. “I’m sure I’ll have a few nerves, but I’ll be ready.”

Kalon Davis started at left tackle Saturday against Florida State due to a player discipline issue, and then moved to right tackle the majority of the game. Davis had started at right guard each of the first two games. He said it was a move designed to get the five linemen the coaches trust the most on the field together.

Davis was asked whether or not he was surprised Watson played as much as he did at quarterback, and his response created a good laugh.

“As a lineman you are told to not worry about who’s back there,” he said. “I just try to bury my face in the chest of the guy across from me.”

Davis said the extensive game action at tackle went well, but that he had prepared for it in practice in the weeks leading up to Saturday’ tilt.

“I’ve practiced a lot more tackle than people realize,” he said. “They have really good players, but I’ve gone up against Vic (Beasley), Corey (Crawford), Shaq (Lawson) and Tavaris (Barnes). So I know what it’s like.”

During preseason camp, much was made of the Tigers’ need for playmakers after the early departures of both Sammy Watkins and Martavis Bryant to the NFL. Through three games, several players have stepped up to silence some of those questions.

Eleven different players caught passes Saturday at Florida State, an example of not only Watson’s ability to spread the ball around, but also a testament to how much better the Tigers have gotten since the opener at Georgia.

“I didn’t even realize it was that many guys until after the game,” Morris said. “You saw some guys make unbelievable catches, from Adam Humphries to Mike Williams to Germone Hopper. And Charone Peake, I think he could have tied his shoes he was down there so long on the one across the middle of the field.”