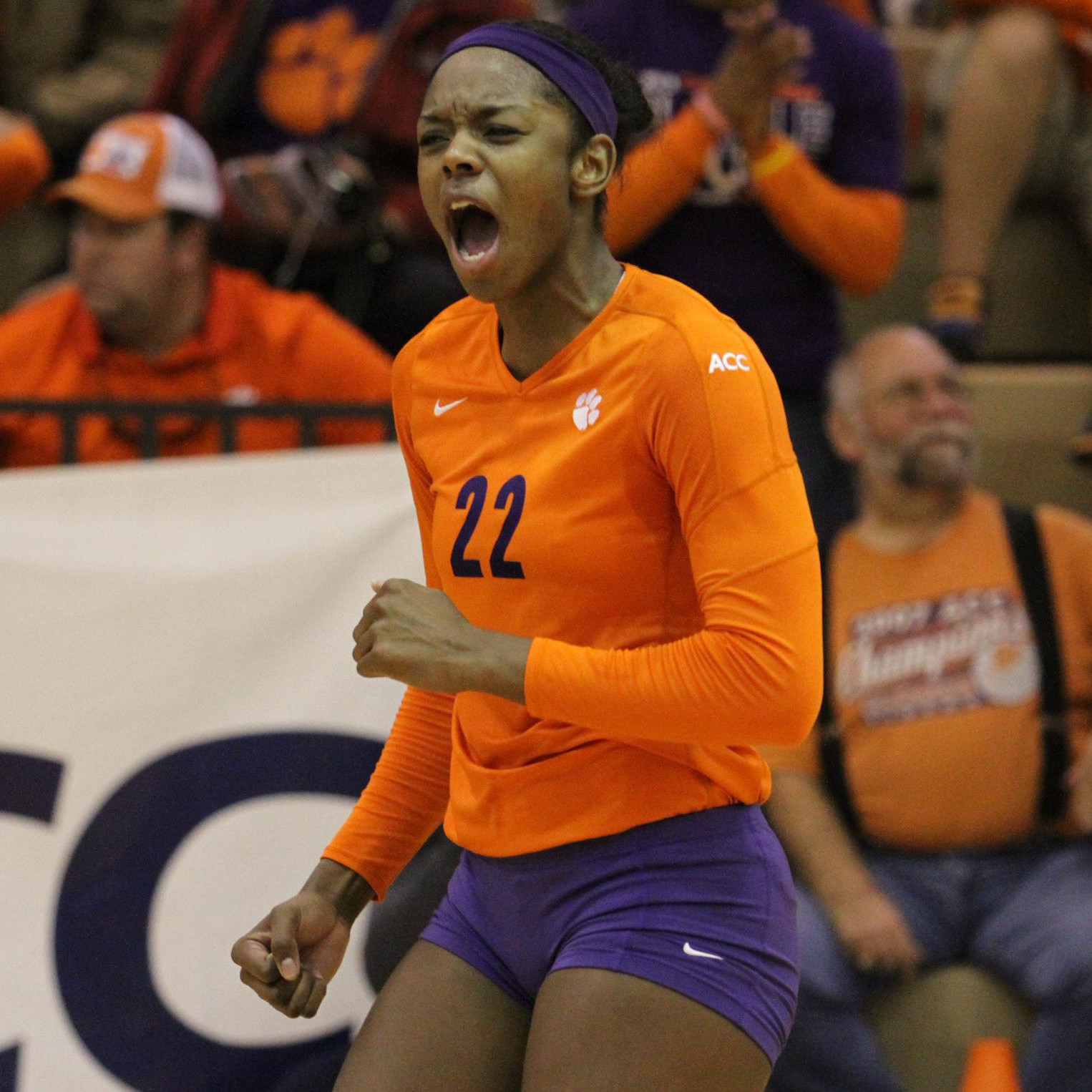 CLEMSON, S.C. – Clemson volleyball standout Mo Simmons will be moving to Sweden on September 1 to pursue a professional volleyball career with Svedala.

After graduating in 2013, Simmons took a year to rest after taking a large majority of the offense’s swings as a Tiger. She played in outdoor tournaments and in the Premier Volleyball League on the Carolina Flight. Through playing, a teammate was able to get Simmons in contact with an agent and soon after, Svedala expressed interest in the 6-foot outside hitter and eventually signed her on August 11.

“I always wanted to play professionally but it was actually after talking to Alexa (Rand) and hearing about her experience in Sweden that I knew I wanted pursue a professional career overseas.”

Rand competed in the same league last year for EVS in Angelholm, Sweden and is now a part of the current coaching staff as a graduate student serving as Clemson’s Director of Operations.

“The season overseas is extremely long, and at times can be very lonely,” Rand said. “Mo was always there for me whenever I needed to Skype a friend from back home, and that meant the world to me.”

“I am so excited that she will be playing in Sweden, and I can’t wait to be there for her just like she was for me. Svedala is lucky to have her!”

Rand and Simmons are two of the best Clemson volleyball alums in recent memory, perhaps in all of Clemson history.

The teammates were each All-ACC honorees in their career as Simmons was named to the 2013 team and Rand earned the accolade in 2011. Both of them were named to the All-Freshman team in their respective freshman seasons.

Simmons is just one of seven players in school history to record more than 1,000 kills and 1,000 digs. Even with her heavy workload as Clemson’s primary weapon on offense, she was nearly unbreakable as she missed just five sets in her four-year career with the Tigers.

In her senior season she led the ACC with 549 kills, a 4.46 kills per set average and 599.5 points. The kill total is the fourth most ever recorded by a Tiger in a single season and she took the second most swings in program history, finishing with 1,570 attempts. She finished her career playing in 396 consecutive sets.

Simmons claims that it was her experience at Clemson that propelled her to her professional career. She believes that it was competing at the highest level as a Tiger that opened doors for her at the national level.

As a freshman, Simmons competed for the USA Junior National Team and the summer prior to her senior year she was selected to the USA Volleyball AS National Team.

“Competing at Clemson opened a lot of avenues for me, allowing me to participate in events that were bigger than me and allowing me to compete at another level.” Simmons said. “I’m blessed to have the opportunity not only to learn the game at a higher level but to also represent the school I love the most on a positive level. I brag and boast about Clemson every chance I get.”